The new "Removed" photography series by American photographer Eric Pickersgill aims to illustrate our addiction to technology, and the ironic social disconnection it produces. Perhaps the most disturbing of the series is pictured below; the rest can be found on his website below. 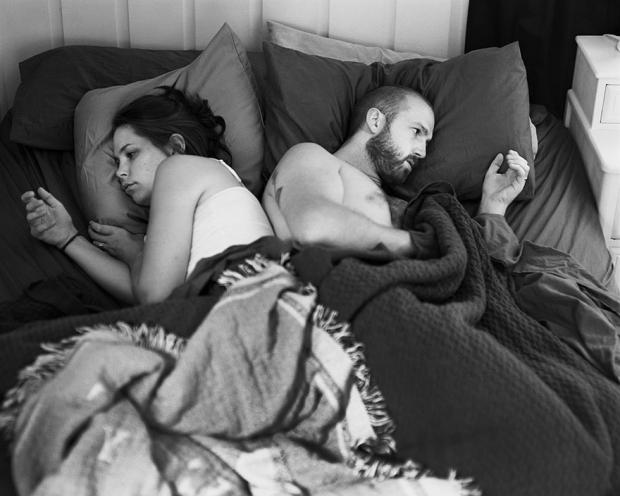 Pickersgill paints a stark picture of his inspiration: "The joining of people to devices has been rapid and unalterable. The application of the personal device in daily life has made tasks take less time. Far away places and people feel closer than ever before. Despite the obvious benefits that these advances in technology have contributed to society, the social and physical implications are slowly revealing themselves. In similar ways that photography transformed the lived experience into the photographable, performable, and reproducible experience, personal devices are shifting behaviors while simultaneously blending into the landscape by taking form as being one with the body. This phantom limb is used as a way of signaling busyness and unapproachability to strangers while existing as an addictive force that promotes the splitting of attention between those who are physically with you and those who are not."

You might think the devices were edited out of the photographs, but the subjects were simply asked to remain completely as they were, then their devices were taken away.