The Star Wars Battlefront open beta is nearly wrapped up, with DICE announcing that the first-person shooter will receive four post-release expansion packs, which is all part of the $50 season pass. Considering DICE said there would be no microtransactions, this is quite the fork in the road. 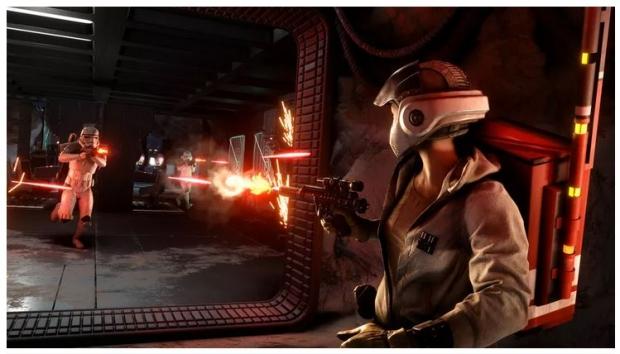 These expansions haven't been detailed, nor do we have a release window, but EA teases that they will be "filled with new content". EA is giving season pass holders a couple of reasons to plonk down $50, where Star Wars Battlefront gamers can enjoy a two-week early access to the expansion packs, and an exclusive "Shoot First" emote.

On top of the season pass announcement, EA teased three new game modes for Star Wars Battlefront. The new modes include Droid Run, Cargo, and Hero Hunt. Droid Run sees players battling to capture walking GNK power droids in 6v6 matches. Cargo is a different take on the usual capture the flag-style gameplay, while Hero Hunt sees one player taking the role of Darth Vader, Luke Skywalker or Boba Fett and fights against a team of seven other players.