When ASUS released the ROG Swift PG278Q last year, it was the gaming monitor that dreams were made of. An awesome-looking 27-inch QHD monitor with a 2560x1440 resolution, it was backed up by a huge 144Hz refresh rate, with NVIDIA's G-Sync technology sprinkled on top. 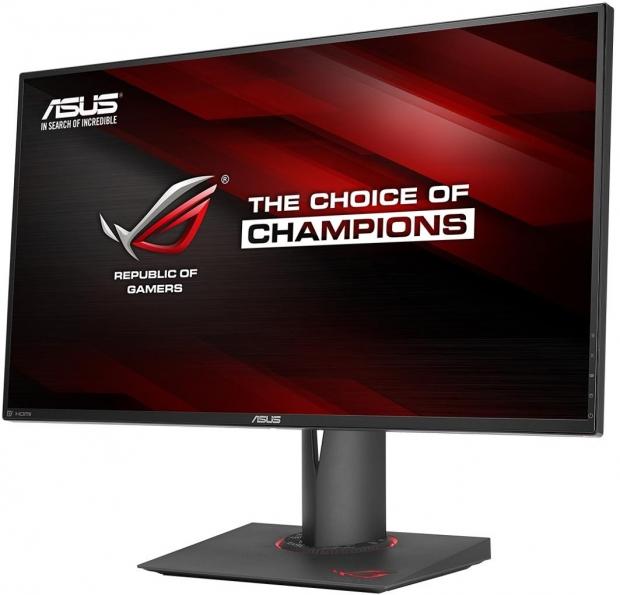 Well, now we're looking at its successor, something ASUS teased at IFA 2015. The new ROG Swift PG279Q features the same 2560x1440 resolution on the same 27-inch display, but cranks the refresh rate up to an insane 165Hz. This is the industry's first 165Hz-capable monitor, making it the undeniable champion of gaming monitors when it's released later this year.

Inside, we have the QHD resolution of 2560x1440, backed up by 1000:1 contrast ratio, 170/160-degree horizontal/vertical viewing angles, 350cd/m2 brightness, and 8-bit colors. We should expect DisplayPort 1.2 and HDMI 2.0 inputs, too. The new ASUS ROG Swift PG279Q will feature an IPS-based panel compared to the TN panel found in its predecessor, the ROG Swift PG278Q. An IPS panel is something that the Acer XB270HU had over the ROG Swift PG278Q, but now ASUS has beaten Acer at the monitor gaming with not just an IPS-based gaming monitor, but a huge 165Hz refresh rate.

We don't know what ETA or pricing ASUS will have for the new 165Hz-capable ROG Swift PG279Q, but you can rest assured when we find out, we will let you know. I would expect close to, if not right on $999 and later this year.