To celebrate the launch of Metal Gear Solid V: The Phantom Pain, Konami has released an official debriefing that shows Hideo Kojima is truly one of the most heartfelt developers in the industry. 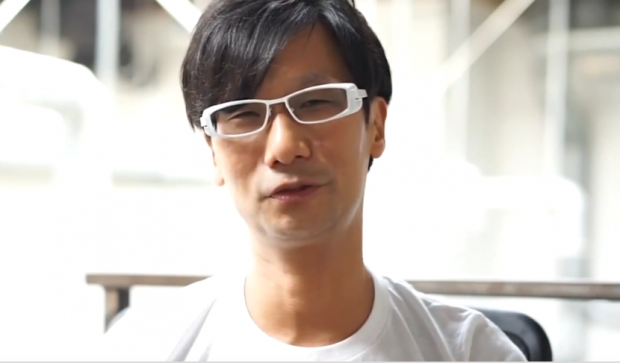 Hideo Kojima cares about his audience and really connects with the people who play his games. During the MGSV debriefing, the grandmaster of tactical stealth espionage personally visited the home of Sean Gillespie, a fan who had recently tragically died of cancer. Before his death in February, Sean's love and enthusiasm for Metal Gear Solid directly touched and inspired Kojima and his dev team.

"I'm visiting Sean's home after he passed because my energy comes from the players," Hideo Kojima said in the video, his voice seeming to hitch with emotion. "When I announced a release date for MGSV I swore to follow through, and not to disappoint them. The players are everything. Without them, nothing I do would matter."

According to Sean's mother, Metal Gear Solid was one of the few things that could make him feel better while cancer slowly deteriorated his body. As Snake, Sean was empowered to do everything his ailing body could no longer do, and that gave him solace.

"Sean would do a full day of chemo and he'd come home, and he'd sit and play Metal Gear Solid, and that'd make him feel better," the woman said, smiling brightly at Kojima. "He could run and he could jump and he could do things that he couldn't do with his body anymore. So for him it was a way of getting through the chemotherapy. He was so happy to get his gift, and we showed him that picture of you and it made him smile."

Hideo Kojima didn't have to do this, go out of his way to make a personal appearance and pay tribute to a fan. The care package his team sent could have just been the end of it and he could have moved on, feeling good about doing the right thing. But Sean helped motivate him and the rest of the developers--there were other people out there just like Sean who can escape the rigors of life for a little while in a digital fantasy.

"My mission is to exceed their expectations," Kojima-san continued. "It's all that matters to me. Their energy brought me where I am today. In that sense, all the fans have created this game with me. So I wanted to express my thanks." 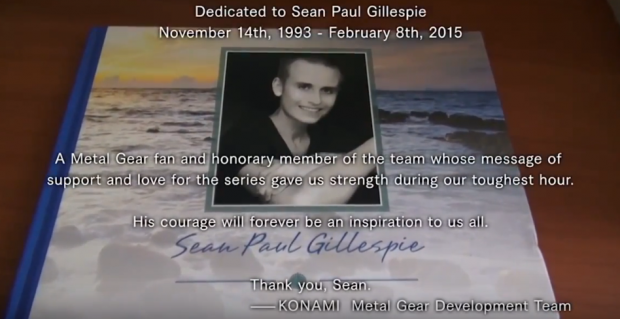