G.SKILL has announced two "major extreme" overclocking events at Computex 2015, which takes place between June 2-6 in Taipei, Taiwan. The two events will be the OC World Cup 2015, and the OC World Record Stage 2015. 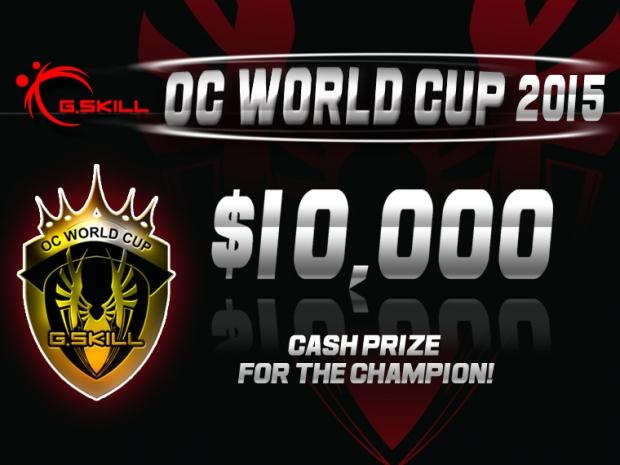 These two OC events will see 19 world-class overclockers, five motherboard vendors, and three hardware sponsors taking part in what is sure to be, a huge event. Intel and Samsung have jumped on board with G.SKILL, as well as ASRock, ASUS, EVGA, GIGABYTE and MSI. The overclockers will be using the latest X99 motherboards with the Intel Core i7-5960X processor and G.SKILL memory to try and break records.

G.SKILL has said that the six winners fro mteh OC World Cup online qualifiers, Dancop, dRweEz, Hazzan, Vivi, Lam@Capital and Xtreme Addict, will take part in a "live stage" battle for their share in a cash prize pool of $16,200. The battle begins with a three-day Live Qualifier, with the two top scoring overclockers from four benchmarks will go through to the Grand Finals on June 5. The Grand Finals Champion will walk away with a very cool $10,000.