If you didn't already know, Sony sold its VAIO brand off to Japan Industrial Partners last year, with the new owner of VAIO announcing new models in Sony's old PC brand. We have the new VAIO Z and VAIO Z Canvas laptops, which are some flashy new transforming Ultrabooks.

Starting with the VAIO Z which comes in two flavors, both with a 13.3-inch display, but you can choose between an Intel Core i5 or Core i7 processor. We also have a beautiful aluminuium carbon shell body, and an SSD that the company says can have the Ultrabook booting up in an impressive 0.3 seconds.

Better yet, a hinge on the rear of the Z's chassis allows the Ultrabook to turn the display on, so it can either be facing outwards to use it like a tablet, or flipped down to show others what you're doing. The VAIO Z is something Japan Industrial Partners calls a "monster PC" but it won't be going through its battery too quick. The company says that you should expect over 15.5 hours of use out of it, which is pretty damn impressive, and more than any other VAIO laptop released. 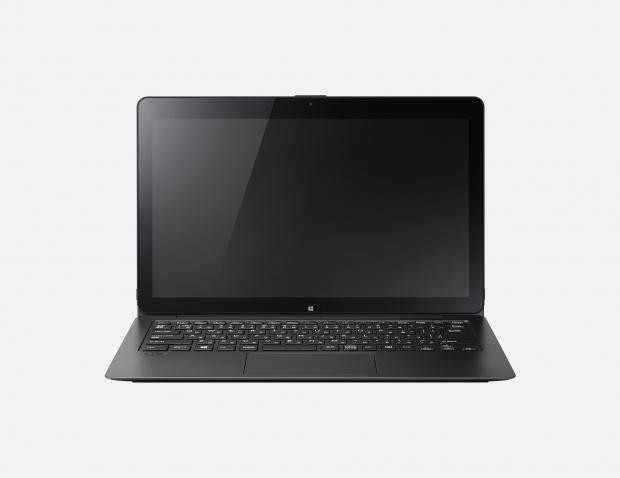 Moving onto the VAIO Z Canvas, which is something Japan Industrial Partners calls a "monster tablet" which features a 12.3-inch display, Core i7 processor, a 256GB SSD and 16GB of storage. The VAIO Z Canvas transforms, where it sports a detachable keyboard, which allows owners to use it like a laptop. You can also not use the included keyboard, and use it like a tablet, too.

The new VAIO Z is up for pre-order in Japan right now, while the Z Canvas won't be available until May.