NVIDIA only took the wraps off its its GM206-powered GeForce GTX 960 video cards last week, but now we're already being teased with the hint of 4GB models to be coming soon, as in just a few weeks away in March. 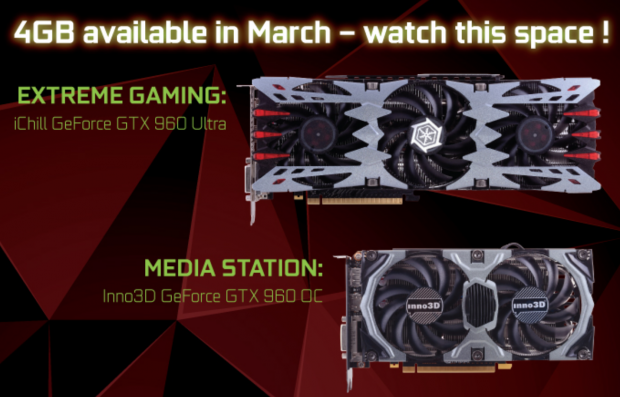 Computerbase is behind the rumor, posting a shot of Inno3D's latest offerings under their iChill range. As you can see, it says "4GB available in March - watch this space!", so unless Inno3D had this go out accidentally, or its a new form of guerrilla marketing, we know to expect GeForce GTX 960 cards to start shipping with 4GB of VRAM in March.