Oculus VR continues to be a black hole for some of the best talent in the industry, with Jason Holtman joining the team that is now under the wings of Facebook. Holtman has both Microsoft and Valve on his resume, so this is a nice addition to the Oculus VR team. 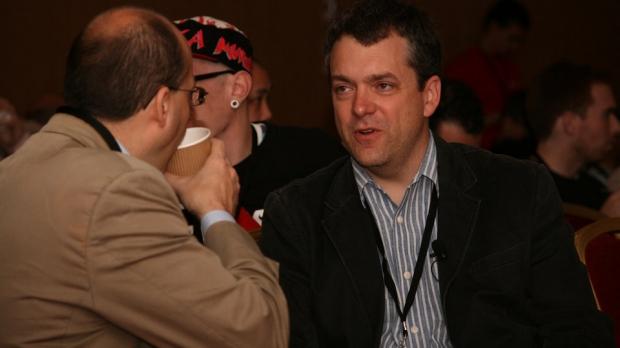 Holtman will lead the business development and partnership of Oculus VR "with a focus on building the world's best developer and player VR ecosystem". During his introductory post, Holtman talked of his love for Battlezone, which was a green-and-white wireframe game on the Atari in the early 80s.

He wrote: "Battlezone is widely regarded as one of the first VR games, and looking back, those mountains still excite me. I want to fly, walk across alien landscapes, and nose around the Great Pyramids. And that's the most telling thing about VR: the possibilities are obvious, immediate, and endless. So, I'm humbled to become a part of this team. I'm not one of the pioneering scientists or engineers in virtual reality, but I am one of the people that can't stop grinning every time I see something new inside the headset, and I'm looking forward to helping shape the transformative experiences that inspire the next generation of developers".

Rewinding the clock back to 2005, Holtman joined Valve as the director of business, where he worked with developers getting their games on Steam. He left Valve last year to join Microsoft, where he was working on "making Windows a great platform for gaming and interactive entertainment," leaving after just six months.