We've already seen the Galaxy Tab S 10.5 tablet, but now we're seeing the press renders of its smaller sibling, the Galaxy Tab S 8.4. You can tell from the name that it is an 8.4-inch tablet, that continues the style of the Galaxy S5 smartphone from Samsung. 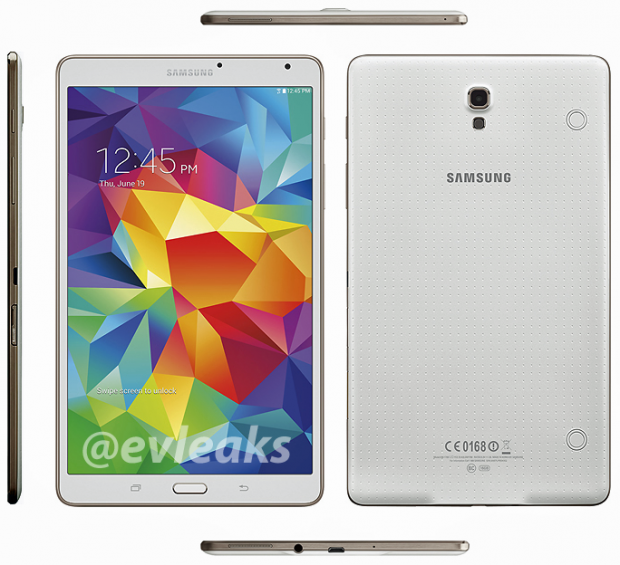 There's already the Galaxy Tab 4 series on sale, but these new Galaxy Tab S tablets are Samsung's new premium line of slates, sporting the company's AMOLED displays versus the LCD panels in previous tablets. We can see the perforated faux leather texturing on the rear of the Galaxy Tab S 8.4, something that is found on the Galaxy S5 smartphone.

We should also see the fingerprint sensor make its way over from Samsung's flagship handset, and you'll also notice there are two circles on the right edge of the Galaxy Tab S 8.4, which are reportedly for a new Book Cover type of flip cover for the slate.