The Open Compute Project (OCP) is an initiative started by Facebook to build the most efficient computing infrastructures at the lowest possible cost. OCP focuses on total control of the architecture, from custom-designed server components to software and operating systems. This has led to massive disruption in the enterprise space and the upending of the old model, which relied upon massive systems provided by a group of OEMs that were prohibitively expensive. The Open Compute Project relies heavily upon the open source model of information sharing and has drawn in the other titans of the computing world. Apple, Google, and Microsoft are among the 150 members, along with a bevy of hardware suppliers, that contribute to the OCP and their ideals.

The Open Compute Summit is the yearly meeting of the leaders of the movement, and a great forum to showcase the ideas and resulting hardware driving the movement forward.

This radical new way of thinking has saved tremendous amounts of both energy and money, with Facebook disclosing that they saved 1.2 billion dollars over the last three years, and also saved the equivalent of enough energy to power 40,000 homes and the emissions equivalent of 50,000 cars. Facebook's leading challenge revolves around how to store relatively cold data (data that is written once and seldom read) for long periods of time. Facebook intends to keep those pictures you shot five years ago forever, and storing all that data in a cost effective manner is their most pressing issue. Enter the 42U Blu-Ray storage cabinet. This robotic cabinet holds 10,000 triple-layer 100GB discs storing up to a petabyte of information, and future implementations will store an amazing 5PB per cabinet. 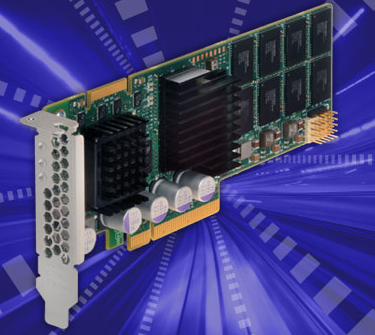 The OCP has left many of the 'Big Iron' vendors out in the cold, and we are even seeing a decline in the bottom line of many traditional OEMs. Component vendors are embracing the new breed of OEMs, and of course my focus is on the providers of storage solutions for OCP. LSI Corporation had a presence at the OCP Summit, with their CTO Greg Huff delivering a speech about 'The Datacentered Future'. LSI is contributing two storage infrastructure designs to OCP, a board design for a 12Gb/s SAS Open Vault storage enclosure and a Nytro XP6209 card design. 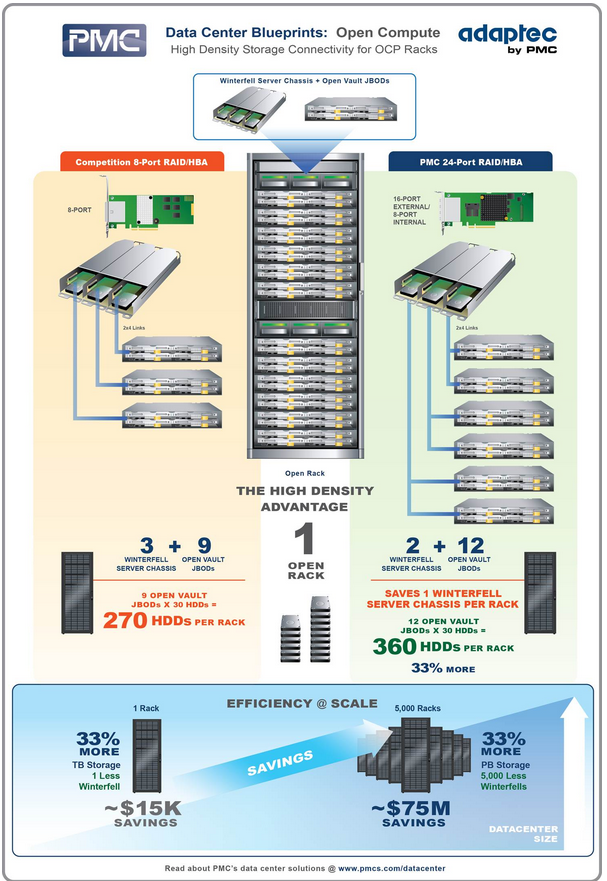 PMC is also contributing to the OCP with their Adaptec 78165 24-port RAID adapter powering Open Vault JOBOD storage arrays for Winterfell server head nodes. The enhanced density of the Adaptec RAID controllers allows for savings up to $75 million for a 5,000 rack deployment. PMC also is strengthening their end-to-end SAS architecture with the deployment of their new SSD controllers. Amazingly enough, PMC is currently selling the controllers directly to two of the largest datacenter operators in the world. Though PMC cannot disclose details, these controllers allow the companies to build their own SSDs, and are already a year deep in qualification.