It wasn't long ago that a Galaxy S4 smartphone owner had his smartphone catch fire, where he took a video of it for proof, which you can watch below. Well, he contacted Samsung, who offered to swap the phone, but Samsung wanted him to remove the video, and agree to its terms, first.

Richard, the owner of the Galaxy S4, declined, where he put the terms and conditions Samsung sent him, on video, which is below. 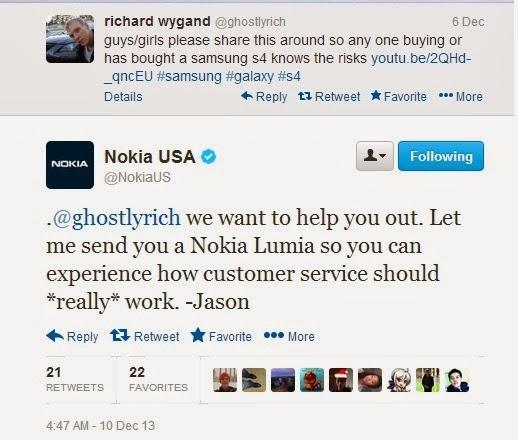 Well, the story gets better, as Nokia came to the rescue, offering Richard a free Lumia smartphone, saying: "Let me send you a Nokia Lumia so you can experience how customer service should *really* work". Pow, right in the kisser, Samsung.