This morning, HTC officially announced a smaller version of its HTC One. Dubbed the One Mini, this new handset is a 4.3-inch version of the company's popular flagship device. Unfortunately, appearances and software are where the similarities end. HTC says that they will be offering the One Mini "at pricing points below that of the HTC One" and as a result, a few hardware downgrades have had to take place. 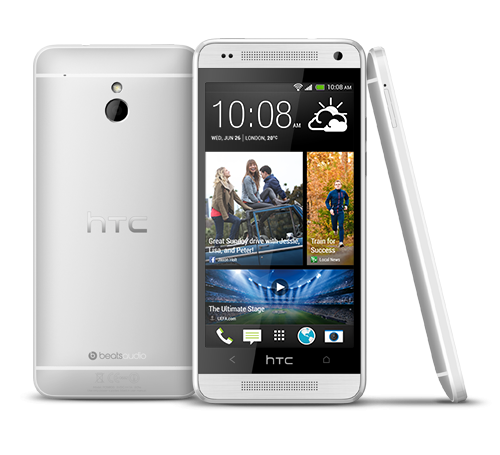 Included in the trade-offs is a step down to QUALCOMM's Snapdragon 400 dual-core processor which is clocked at 1.4GHz. It also features 1GB of RAM, 16GB of non-expandable storage and there is no NFC present. Additionally, HTC has removed the optical image stabilization from the One Mini as well as the IR blaster that gave the phone the ability to control your home entertainment system.

HTC one also switched out the LCD from a 1080p panel to a 720p super LCD, which features a pixel density of 341 ppi. Battery capacity was also reduced and now features an 1800mAh which was expected due to the overall smaller form factor. It appears that BoomSound has stuck around as well as the aluminum unibody. HTC says that it will roll out the One Mini starting in August and two colors will be available: silver and black.