Razer took to the stage today in San Fransisco to unveil two new gaming systems, the first of which is their new Blade Pro. The Blade Pro is "designed for work and play" and Razer is placing a bit of emphasis on billing these machines for the working professional, specifically graphics designers and the like. 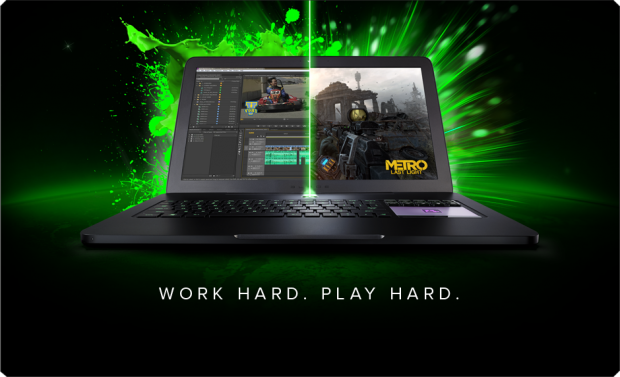 The Blade Pro weighs in at 6.5 pounds, which Razer claims makes it the most portable 17-inch gaming laptop in its class. It's powered by a still-unannounced 47W TDP Intel Haswell chip, which is the most powerful CPU ever fitted into a Razer system. It's 10 watts higher in TDP than the previous Razer Blade.

It's graphics are provided by NVIDIA's new GTX 765M GPU, which we covered earlier today. Between the GPU and CPU, the Blade Pro is packing quite a bit of power--and heat--into its chassis. The system comes with 8GB of 1600MHz DDR3L RAM and a 128GB SSD, which can be upgraded to 256GB or 512GB. The Blade Pro goes on sale June 3 and starts at $2,299. 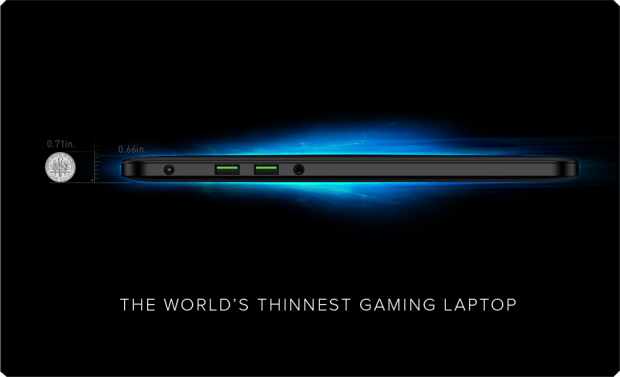 Also at today's event, Razer introduced a 14-inch Blade notebook. This features a 14-inch LED-backlit HD+ display and is also powered by Intel's upcoming Haswell CPU and NVIDIA's new GTX 765M. 8GB of RAM and a 128GB SSD complement the system just as they do in the big brother discussed above. It too, will be available for pre-order June 3 and starts at just $1,799.