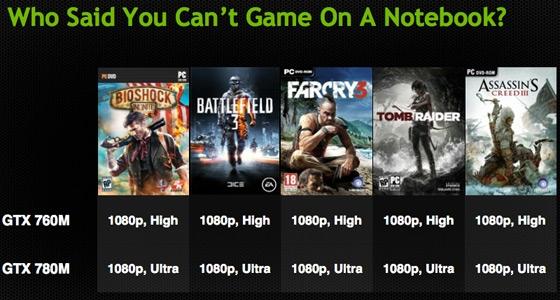 The new GTX 780M is the world's fastest mobile GPU. It rocks 1536 CUDA cores clocked at 823MHz. It can be paired with as much as 4GB of RAM, providing quite the gaming experience. The RAM and core are connected via a 256-bit interface. NVIDIA is also launching a new GTX 760M, 765M, and 770M.

NVIDIA says these new mobile chips are at least 30 percent faster than their last-generation counterparts. The 770M rocks just 960 CUDA cores connected to up to 3GB of RAM through a 192-bit memory interface. The 760M and 765M both use 768 CUDA cores, but the 765M is clocked almost 200MHz faster. The full details are below: 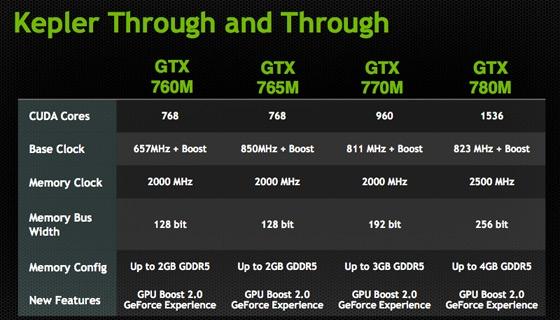