Weekend news ahoy! ASUS have taken to their Facebook page to notify users of their Transformer Pad TF300 that they should expect quite the over-the-air (OTA) update. The update in question is to the OS itself, upgrading it to Android 4.1 Jelly Bean. 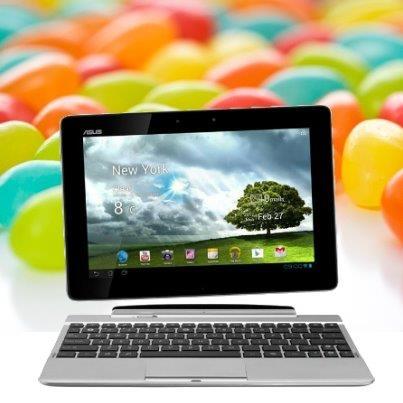 It has seemingly come out of nowhere, as we didn't really hear much from ASUS before this. But, you can't really complain about an upgrade to Google's latest and greatest mobile OS. ASUS said on their Facebook page:

We are pleased to announce that we will be rolling out a major software update for the ASUS Transformer Pad TF300, which will bring Android 4.1, Jelly Bean to the device for the first time in North America. In addition to this being the first of our planned Jelly Bean updates for the Transformer Series, we have also added a range of new features, including new power saving options, global file search and several improvements to the pre-installed apps.

We will announce Jelly Bean update plans for other Transformer Pad Series devices in the near future, so stay tuned.

Thank you for your continued support.

Please comment and let us know if you get the rolled out update to your Pad!