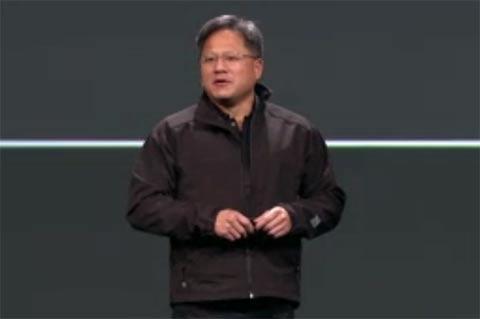 Kepler is three times as efficient as the Fermi architecture which had established itself as a new standard for computing when released 2 years ago. The Tesla K10 features two GK104 chips which produce 4.58 teraflops of performance and 320GB/s of memory bandwidth. The K10 is optimized for oil and gas exploration and the defense industry.

The Tesla K20 is where the GK110 makes its first appearance. The K20 is the new flagship product for the Tesla line of GPUs and provides three times the compute performance of any Fermi-based Tesla product and supports the Hyper-Q and dynamic parallelism capabilities. The K20 is expected to be available in the fourth quarter of 2012.

"Fermi was a major step forward in computing," said Bill Dally, chief scientist and senior vice president of research at NVIDIA. "It established GPU-accelerated computing in the top tier of high performance computing and attracted hundreds of thousands of developers to the GPU computing platform. Kepler will be equally disruptive, establishing GPUs broadly into technical computing, due to their ease of use, broad applicability and efficiency."