All NewsBusiness, Financial & LegalCases, Cooling & PSUContests & GiveawaysCPU, APU & ChipsetsDealsDisplays & ProjectorsGamingMotherboardsScience, Space, Health & RoboticsStorageVideo Cards & GPUsVirtual & Augmented Reality
All ReviewsAll ArticlesAudio, Sound & SpeakersCases, Cooling & PSUCPUs, Chipsets & SoCsComputer SystemsDisplays & ProjectorsGamingMotherboardsNetworkingPeripheralsRAMStorageVideo Cards & GPUs
GuidesGamingAsk the ExpertsNewsletterAboutPrivacyForums
AMD Zen 4Intel ArcBattlefield 2042RTX 3090 TiRTX 4090RTX 4080GTA 6Elon MuskHDMI 2.1
Trade Shows
CES 2011, Las Vegas - January 5, 2011 last night the Consumer Electronics Association held its first big event of their annual Consumer Electronics Show; CES Unveiled. This show is typically one that highlights all of the top products with many of the companies having won at least one products award during the year. However, this year seemed to be a rehash of last year with many of the same people showing the same stuff we talked about during CES 2010. After walking the overcrowded floor of the event for an hour we were able to find a few items that showed pretty good promise.

As you can see the PowerpakXT becomes a complete charging system while reducing the number of cables you have to carry around with you. We grabbed one and will be carrying it around with us for the rest of the show.

Next up on the list of interesting items was a new Audio company by the name of The House of Marley. As the name suggests this company gets its creative influence from the late Bob Marley's family. According to the press kit they use reggae as the test music for all of the audio products. The House of Marley's products are also mostly recycled materials. 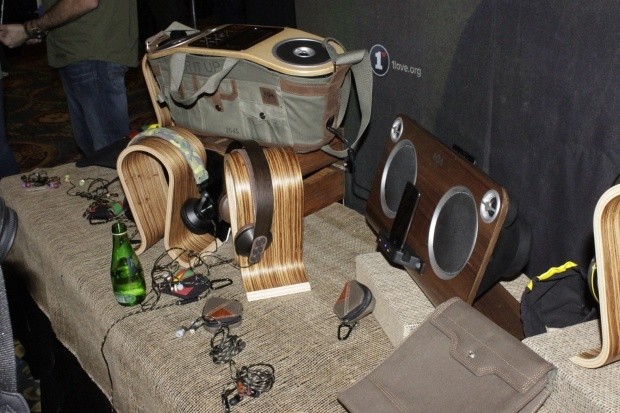 The product line is pretty extensive and is named after many of Marley's songs. We will be looking into The House of Marley later and hope to review a couple of their products for you as well. 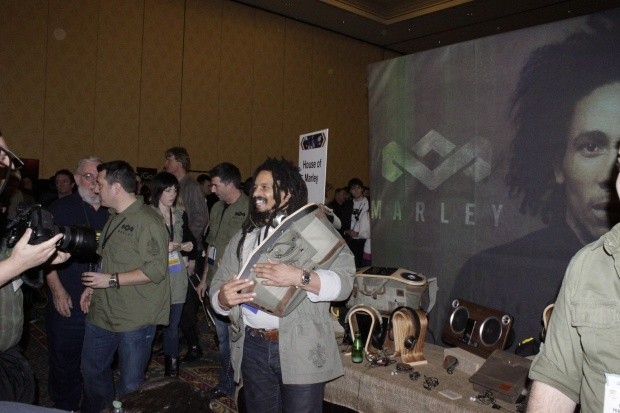 Although there was quite a bit more going on much of this will be detailed later as we talk to those companies later this week.
Newsletter Subscription