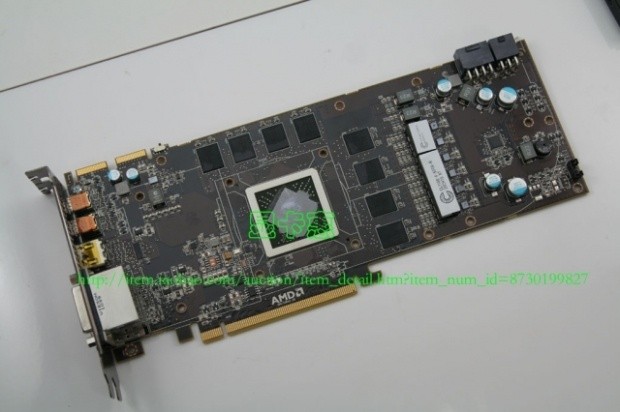 There are also various spec details regarding the GPU and it's board design also.

To begin with, the GPU indeed has a 256-bit wide memory interface, counting the memory chips on the obverse side, and looking at the size of the GPU package.

The size of the die, and taken that Cayman is a 40 nm GPU, indicate that Cayman is not much bigger than Cypress, it should be about 400~500 million transistors higher compared to Cypress. 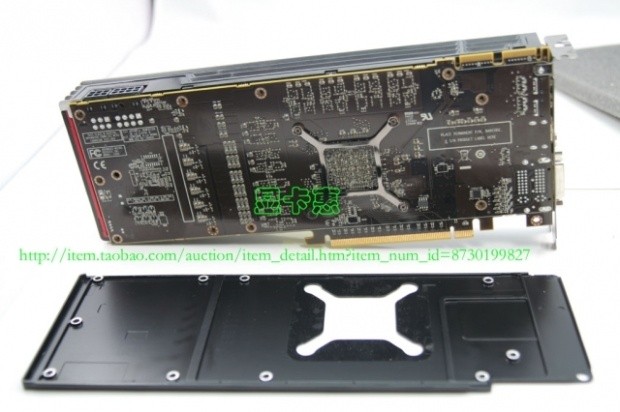 The reverse side of the PCB has no memory chips, so AMD might be using 2 Gbit memory chips to get 2 GB of total memory