All NewsBusiness, Financial & LegalCases, Cooling & PSUContests & GiveawaysCPU, APU & ChipsetsDealsDisplays & ProjectorsGamingMotherboardsScience, Space & RoboticsStorageVideo CardsVirtual & Augmented Reality
All ReviewsAll ArticlesAudio, Sound & SpeakersCases, Cooling & PSUCPUs, Chipsets & SoCsComputer SystemsDisplays & ProjectorsGamingMotherboardsNetworkingPeripheralsStorageVideo Cards
GuidesGamingAsk the ExpertsNewsletterAboutForums
RTX 3090RTX 3080RTX 3070RTX 3060HDMI 2.1Bitcoin MiningBattlefield 6Fallout 76 2021
Connectivity & Communications
The adoption of any new peripheral technology requires a few things to happen. The first is the need to form a viable idea, the next is to establish some form of standard and the third is partner support in the form of supporting hardware, and follow on products. It is usually this third item that causes products to fail.

In the case of USB 3.0 we find that products are coming but there does not seem to be any built-in support for them yet. The reason, according to the ranting of a senior technology manager at what is being called a "top tier PC Manufacturer" , is that Intel is not planning to include support this new technology in its chipsets until 2011. This bit of news has yet to be confirmed or denied by Intel, which is nothing new as they rarely comment on rumors like this or on future products.

AMD and NVIDIA have commented on this and say that Intel is purposely dragging its feet over this and delaying the release of this new standard. Now I can see NVIDIA getting annoyed with this as they are stopping chipset design and manufacture for now, but AMD can implement it on their own time frame.

In fact I would think they would want to do this as it will give them an advantage in the market (something that Intel does not have). It is also important to note that Intel's new Light Peak will need USB 3.0 to operate properly (from what we understand) so it would not make sense for them to delay this standard any longer than needed. This little drama is something we will certainly want to keep an eye on as the first group of USB 3.0 devices are launched and ship. 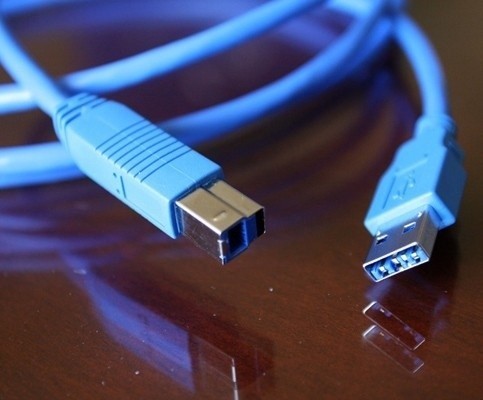