However, when anyone has asked Apple they have always replied that they cannot make an inexpensive device that is not junk. (Which is actually funny when you really look at the cost of the parts though.)

All that aside, there has been some rumblings again about a possible new Apple tablet. First is was Apple buying small 10-inch multi-touch screens, then is was a large flash memory purchase, after that it was a carrier saying they would subsidize one if it were made. Now we have a financial paper claiming that Apple might release one in September.

They cite Apple's recent deals with recording labels for new interactive features for purchased music and movies as a sign of this happening. They also claim the new tablet will run the iPhone OS, and connect through WiFI only (just like the iPod), and could have an e-book market place.

Rumors are fun, but I am not sure about this one. It is possible that Apple is trying to enter the e-book reader market. And some signs point to this, like the Kindle App for the iPhone. Time will tell if this is another fairy tale or if there is truth in this. 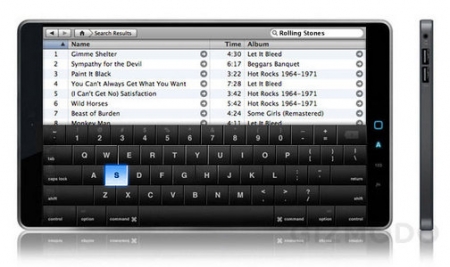