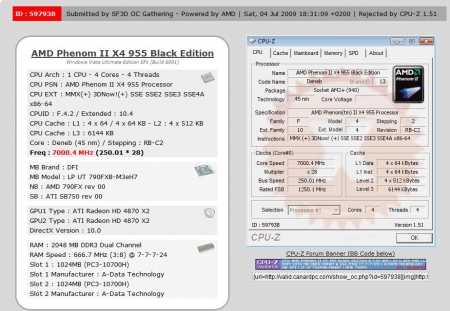 At a recent overclocking event held by AMD in Finland, overclocker Massman and friends managed to push the Phenom II X4 955 chip right up to 7000.4 MHz. The results were accomplished by cranking the multiplier all the way up to 28 and cooling it down to below -230C with the help of some liquid helium. 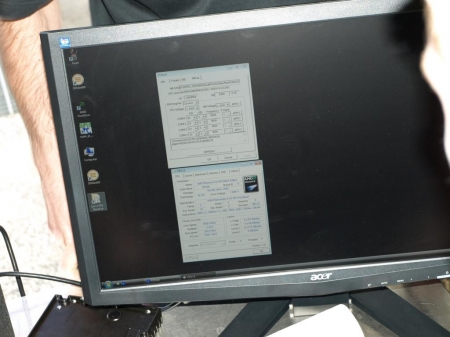 The team says there is a glitch with the validation and have a picture that proves it is in fact running at the claimed 7GHz speed. They are working with the guys on getting CPU-Z to properly validate the achievement.