I shouldn't be doing this at the moment; instead I should be packing for my holidays, but after discovering that we haven't missed a Catalyst Driver Analysis in seven years, I didn't want this to be the first one.

So with that said, we'll move with haste and just get stuck into the performance side of things to see what exactly is going on with the latest driver set from AMD - the Catalyst 11.12. Quickly before we do that, though, we need to check out the release notes.

To be honest, going through the release notes, you're not going to see anything that stands out too much. We've got some improvements in some areas and as always we find ourselves with a decent list of resolved issues, but on the performance side of things we're not seeing a whole lot.

Still, we never know, sometimes we get into our line-up and find the odd performance bump here and there, so with that all said and done, let's just get stuck into it and find out if we've got any performance increase since our last driver set. 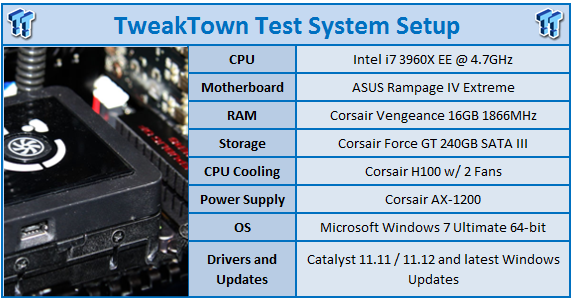 Like our video card testing, we've also moved our Catalyst testing over to the new X79 platform. Before we move on, though, we'd normally do our testing with the HD 6870, HD 6970 and HD 6990.

Because nothing wants to go right just before I leave for my break, though, the HD 6990 is freezing up in many games etc. For that reason we've skipped it and just stuck with the two single GPU offerings. 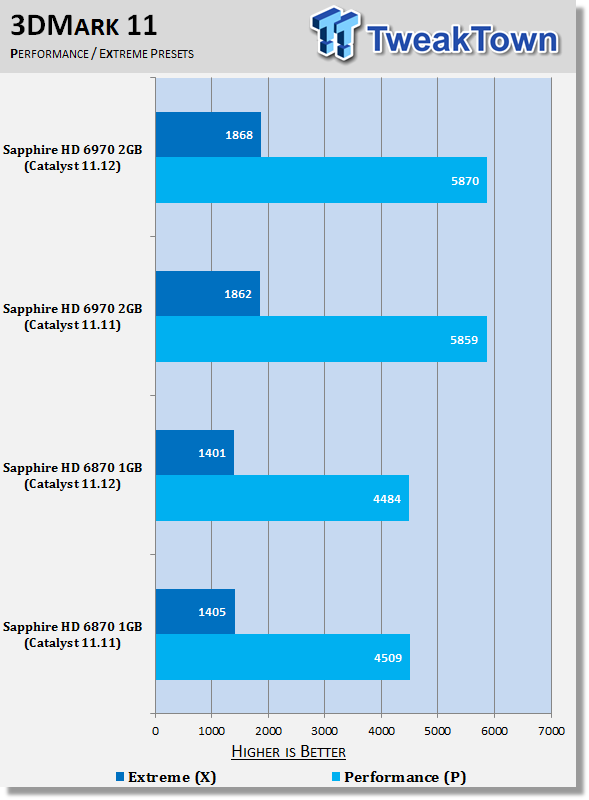 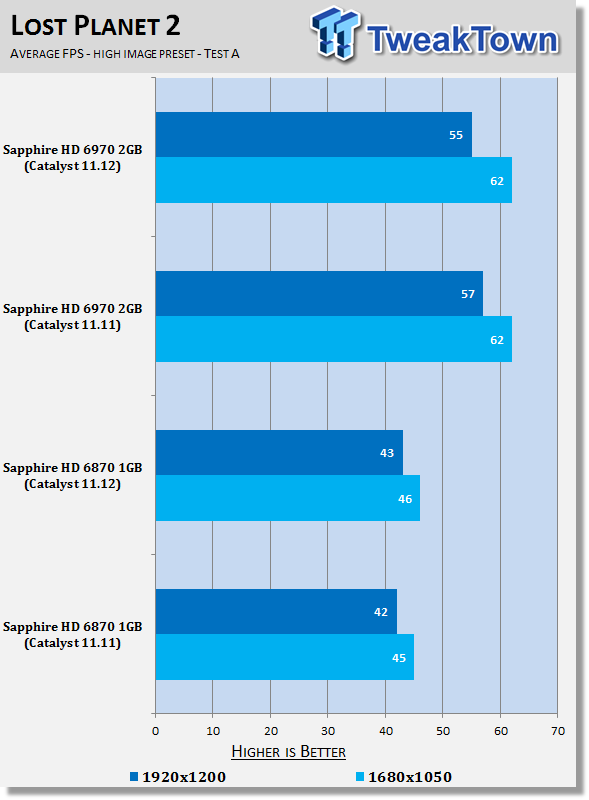 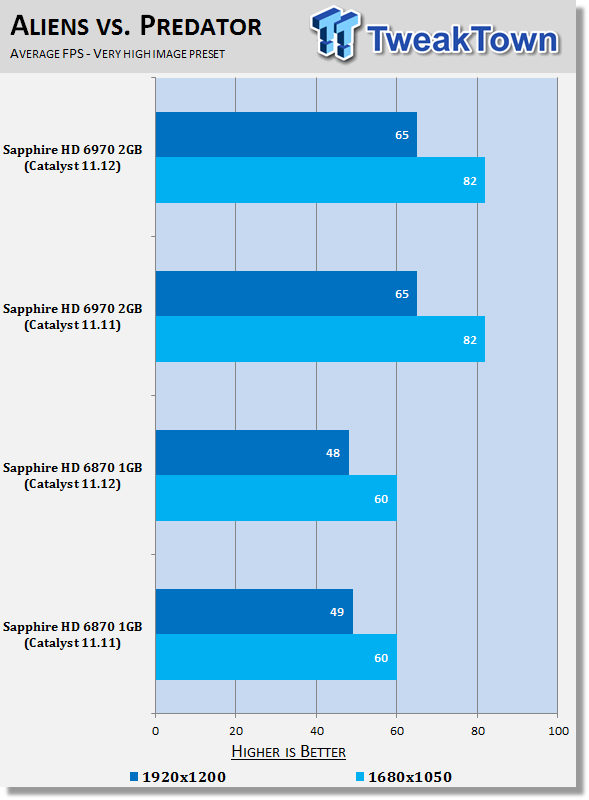 HD 6870 - A little bit of negative movement at the lower resolution, but nothing you should be worried about. 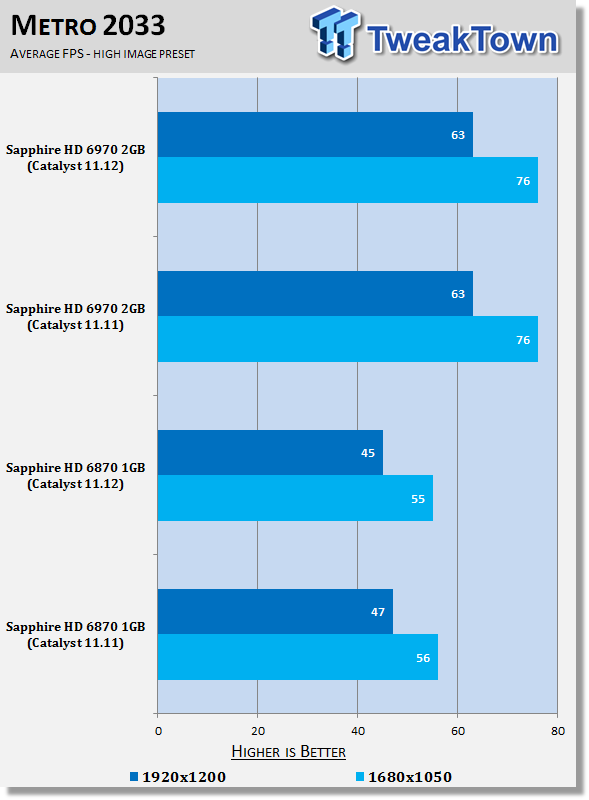 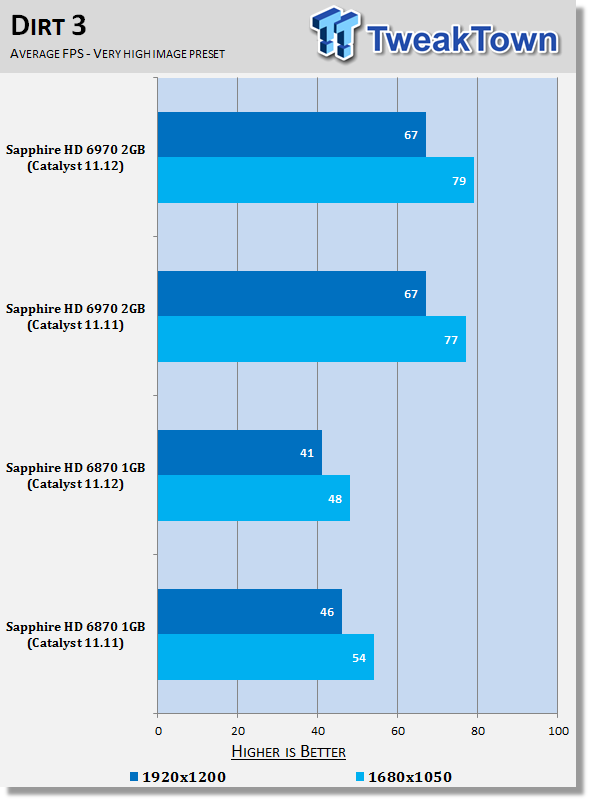 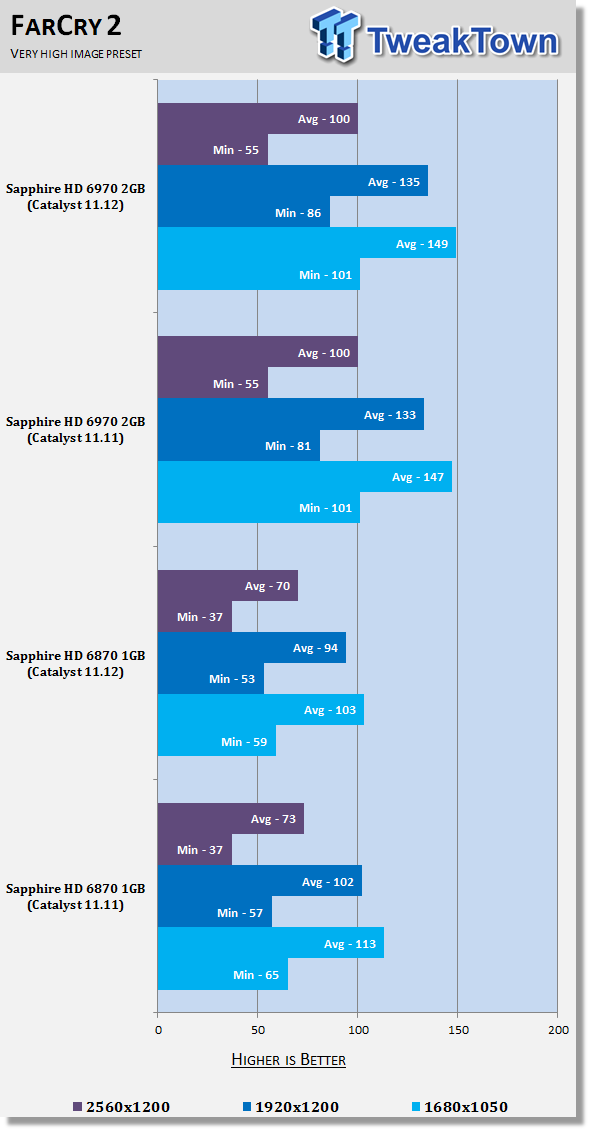 HD 6870 - At the lower resolutions we actually see a slight drop in performance. 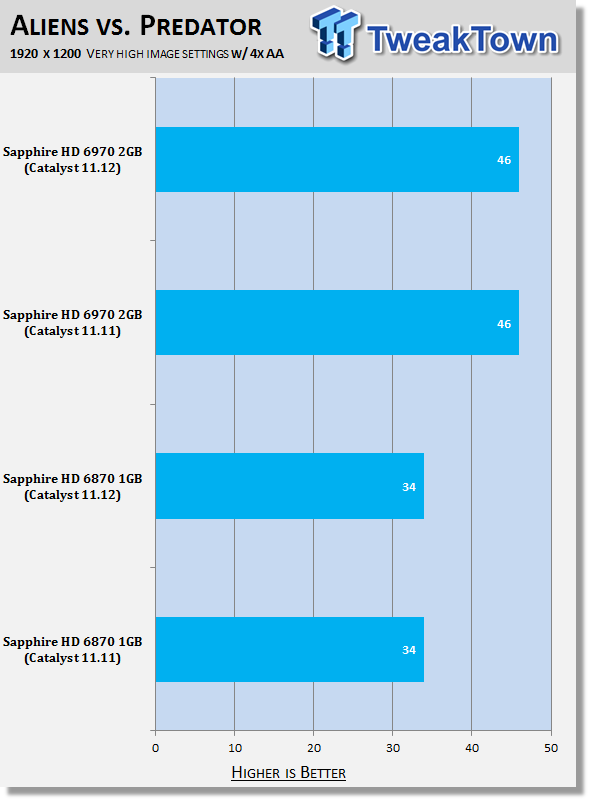 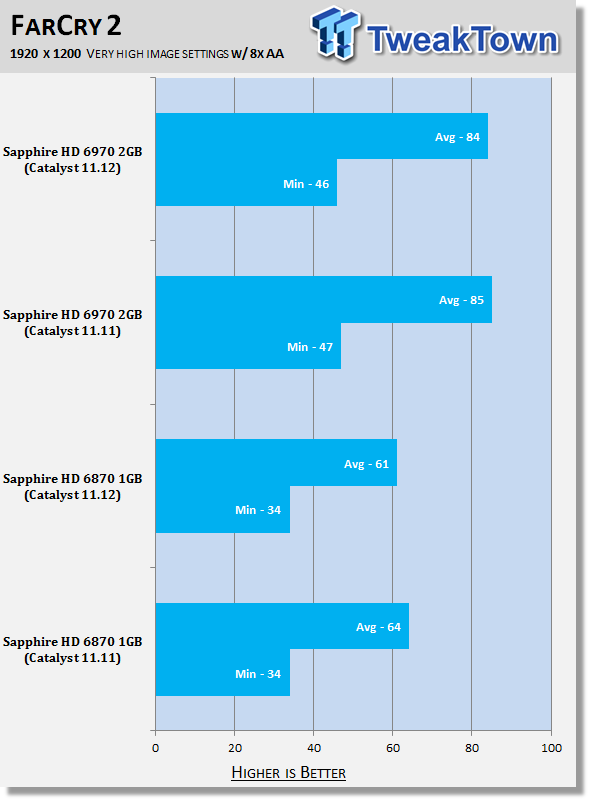 HD 6870 - AvP sees no real change, but Far Cry 2 falls back just slightly in the average.

Don't waste your time with them, honestly! You know that when AMD release the following months driver, the Catalyst 12.1 in a preview, they don't really want you to worry about the official new one. We know this, because this isn't the first time they've done it. The 11.12 driver is actually worse than the 11.11c driver that has more fixes in it.

The issue is that AMD have almost come to a point where they are just doing WHQL drivers monthly, simply because they said they would. It's great that they do it, but the issue is that the revisions of the WHQL that aren't WHQL end up being the better option and they can come literally days after the official one.

With it seeming pretty set that we're going to see the new HD 7000 series card in January, I can honestly understand why not much is going on with the last few sets of drivers. For that reason, though, they should just concentrate on releasing up to date drivers that fix stuff, more so than worrying about these WHQL drivers.

I really like AMD, I've made that clear so many times. The direction they take in some areas, though, confuses me. We're seeing more and more people ask why they're bothering with WHQL drivers when they release an improved BETA days later. Who knows? Ultimately, it doesn't really matter.