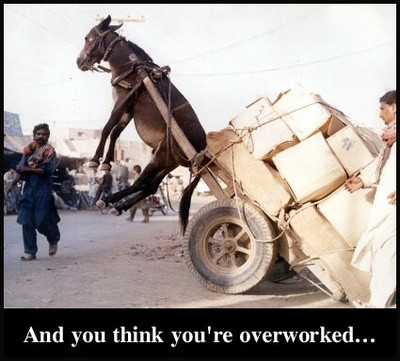 As much as many of you may find this hard to believe, the fact is that reviewing is a hard job. It's not only hard on your mind but also on your body. As I sit here writing my fourth editorial I'm about ready to start testing the latest graphics card from NVIDIA, the 9800 GX2. By the time this goes online the review of the card will already be on TweakTown getting seen by hundreds of thousands of readers around the world.

I do a bit of freelance work for one of Australia's largest magazines, and magazine deadlines aren't great. The good thing however is that you know when they're coming well and truly in advance. The GX2 on the other hand arrived today, and because it's a dog eat dog world out there I will proceed to write the review and test the card in one long massive run today and well into the evening.

Dinner tonight? - Well, that's easy. Jump online to Dominoes website using the online ordering feature and grab a pizza. You don't think I would rather go down to the local restaurant and order a nice steak, or even cook something at home? There's just no time tonight.

The card also sort of rocked up without me knowing when to expect its arrival, so I woke up nice and early like I normally do. Come midnight, I'm going to be feeling pretty buggered. That's okay though, as we've got drugs for that; Energy Drinks! - w00t. You could go a coffee, but with 35c+ celcius days in Melbourne, Australia at the moment you really want something cold.

The energy drink of choice? - Dickens Cider of course! - One of the companies I get samples from in Australia actually started importing this stuff from the states, so I can literally go down and pick up a graphics card and a months' supply of energy drinks in one go.

While this is kind of an extreme version of what goes on, the regular working week runs in a pretty similar way. I generally find myself working seven days a week. I've been with TweakTown for a long time and have a pretty good understanding of how the industry works these days. Online is ruthless, and it's all about content. Content is king. In a month I try to aim for 10 reviews for TweakTown and have a minimum of four for the local magazine I mentioned earlier. Alongside that, I generally take care of the TweakTown Australia jobs like all the photography of any product that comes to an Australia writer along with shipping those items out to the particular writer.

The boss has posted a few times about getting more writers for TweakTown, and every time this happens the emails you receive go along the lines of, "Oh, I would love to write for you, I can take care of high-end graphics cards or processors." HA! Yes.....that's right; we're going to put you on to write about the cool stuff........oh how you wish.

The first review I wrote on TweakTown was on a Rheobus. That's right, a Rheobus! It sits in your 5 " bay and has knobs on it; those knobs control the speed of your fans. It was exciting times; the boss even finds himself having a good little chuckle sometimes by forwarding me an e-mail on some piece of modding equipment and asking if I would like to review it. He tends to get a reply back that consists of two words and two words only; you get the idea. It's all in good fun though; some of my best friends these days are the people I work with.

What I probably hate most about the job these days is that I seem to have lost that passion I had for the industry up until a few years ago. You don't get as excited about hardware as you used to. The last time I was really giddy about hardware was probably when DDR3 was released. This is where the new Digital Lounge section of TweakTown comes in, as I hope to do a little bit in there just to break up the constant flow of Graphics Cards I review.

About two years ago I became the primary Graphics Card reviewer while some other writers took their own sections as well, it lead to a more consistent layout on reviews in particular sections, and just generally made us more efficient.

When you've been in the game as long as me there is definitely perks to go with the job, but it doesn't involve women, $300 bottles of champagne or fast cars. You can make a very good living from writing, but it takes a lot of work and more often than not you get little recognition for it. While there are a number of things that I would probably rather be doing, I can think of even more things I would rather not be doing!