Several QSAN solutions have been through our lab testing here at TweakTown from the high-end XN8008T to the entry-level XN3004T. Adding to the models tested, today, we opted for the 1U XN3004R, an entry-level rackmount platform.

QSAN is slightly different from other vendors in that each model almost has its own hardware platform. So, while the XN3004T desktop NAS is built on the Intel Celeron quad-core platform, the XN3004R is built on a dual-core Intel Atom platform, and to be more specific, the S1289. The Atom S1289 is a purpose-built Server SoC from the Briarwood 32nm lineup. It's the highest-end SKU offering two cores with hyperthreading operating at 2GHz, 40 PCIe lanes, and support for ECC DDR3.

QSAN pairs their XN3004R with 4GB of memory, upgradable via SO-DIMM to 8GB and on connectivity two 1Gbe ports, support for 10Gbe via PCIe expansion, and a peak internal capacity of 64TB at the time of writing.

Getting straight to the NAS, the XN3004R shares the green and black colorway of the desktop models, four-bays across the front, power to the right.

On the backside, we have power to the left with its own cooling fan, gigabit ethernet followed by another two cooling fans. To the right, we have PCIe expansion for HHHL cards and USB 2.0 below. 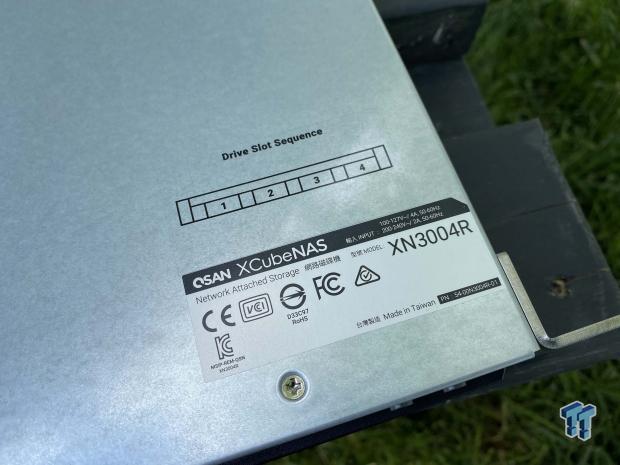 The top corner offers a sticker to show drive sequence and model information for the NAS. 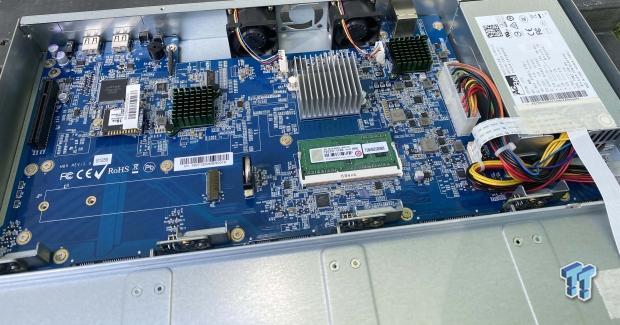 QSAN wasn't about to get away without us opening it up. The XN3004R has easily accessible slots for memory and AHCI m.2 solutions. The single PCIe slot can be found top left next to the 16GB DOM. 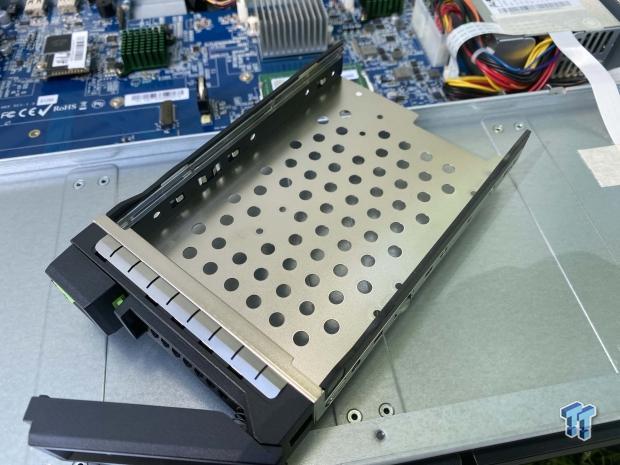 Drive trays are full metal with a plastic locking mechanism on the front.

In the box, we found several ethernet cables, drive screws, and the power cable. 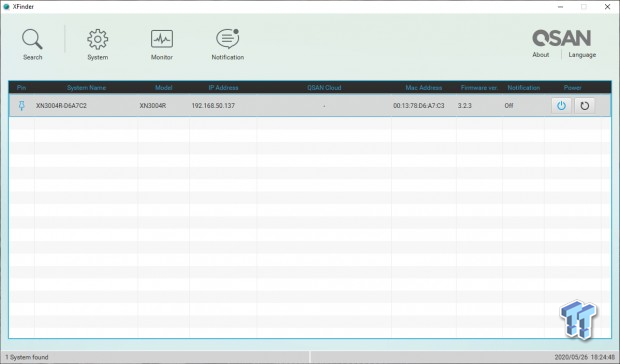 QSAN does have a web finder utility, but in my own experience, I have not been able to get it working. With that, we resort to the XFinder app to start the setup of the XN3004R. 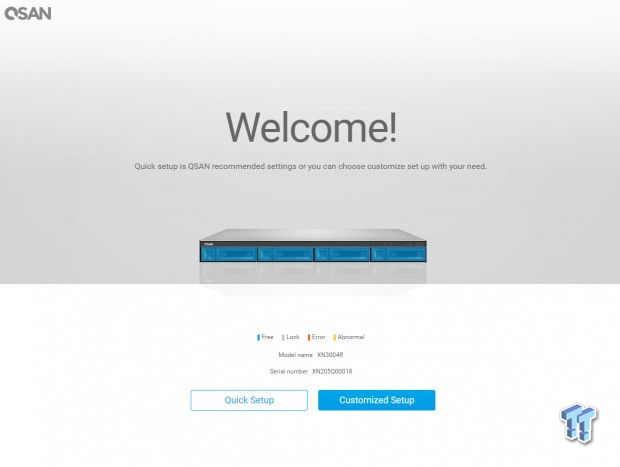 Once in, you have two choices to continue - quick and customized. 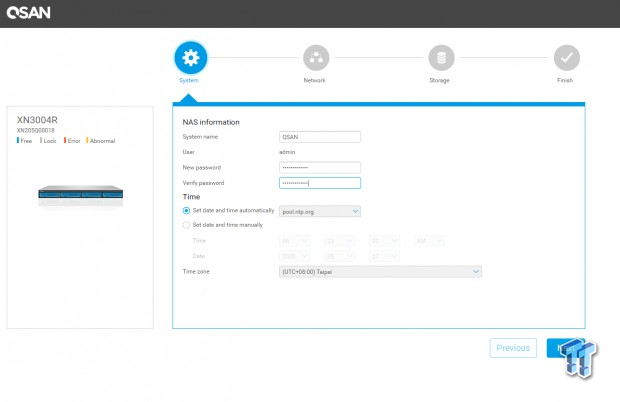 One of the first steps is to name the NAS for your workgroup and change the default password. 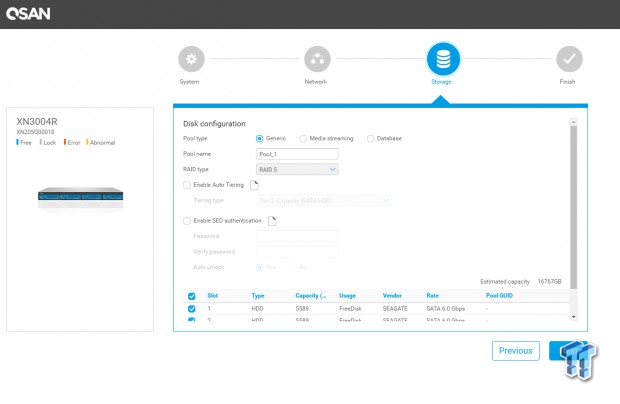 We then move into disk configuration. QSAN does support auto tiering if you happen to be using any of the ports with SSDs or have an AHCI solution in the m.2 slot. This platform supports SED encryption of volumes as well. For our testing, Seagate was gracious enough to supply four 6TB Ironwolf drives. 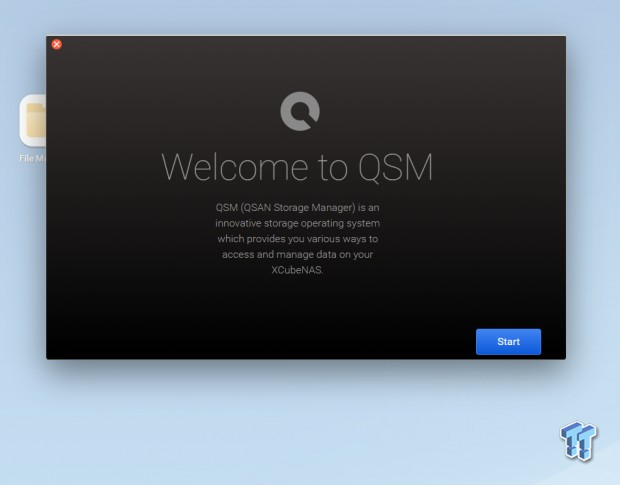 Finishing up the setup, we land with a large welcome banner from QSAN. 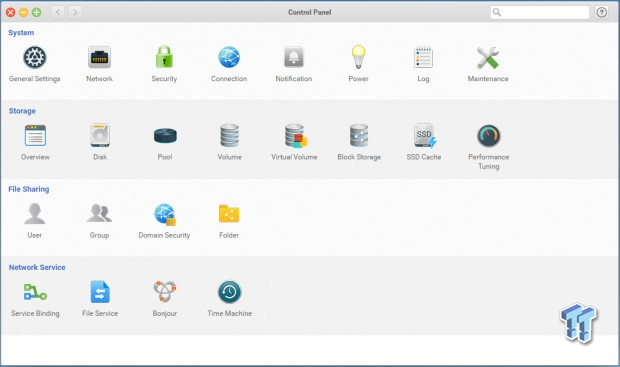 Running through the interface, we have the control panel that allows configuration of everything from network to power settings and maintenance. The second level is all about storage setup and tuning. 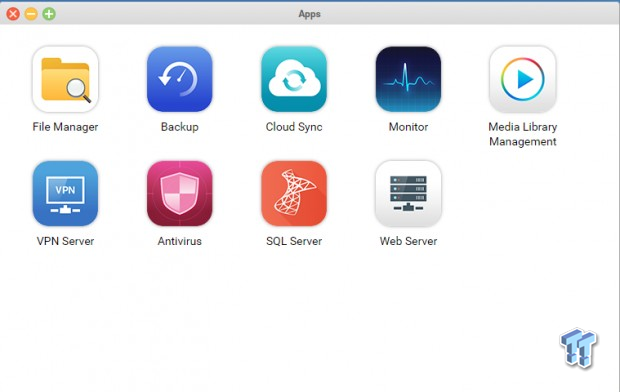 QSAN doesn't have the large app platform of other vendors, but they do have a few basics. 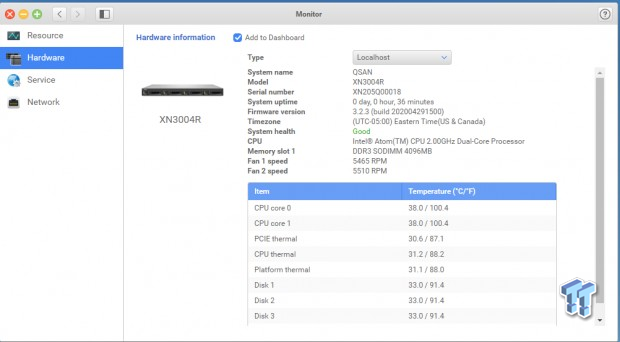 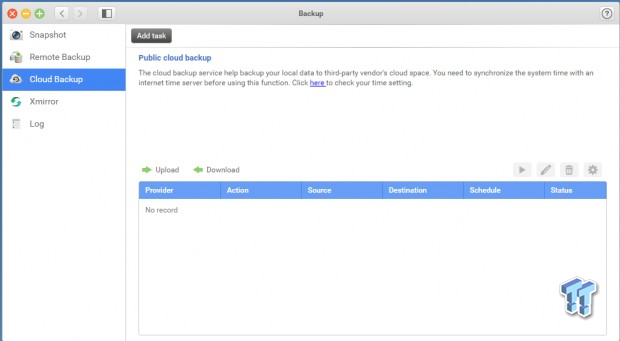 Backup offers several options, including remote back to another NAS, cloud backup using third party space, and Xmirror that is similar to Rsync for QSAN platforms.

I ran through testing with the XN3004R in RAID 0, 5, and 6. Drives used included the Seagate IronWolf 6TB. 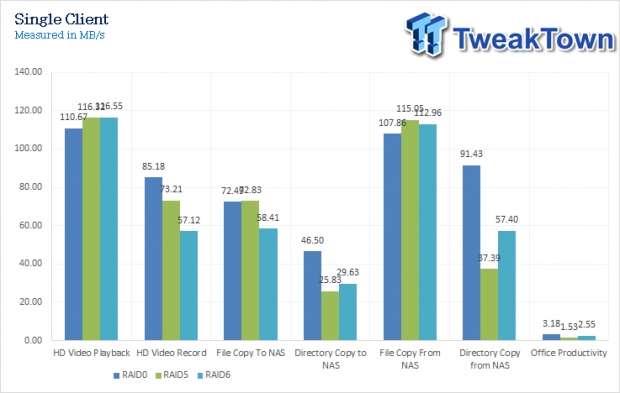 Looking through our single client results, we find the best performance coming in playback and file copy operations close to the peak of the interface. 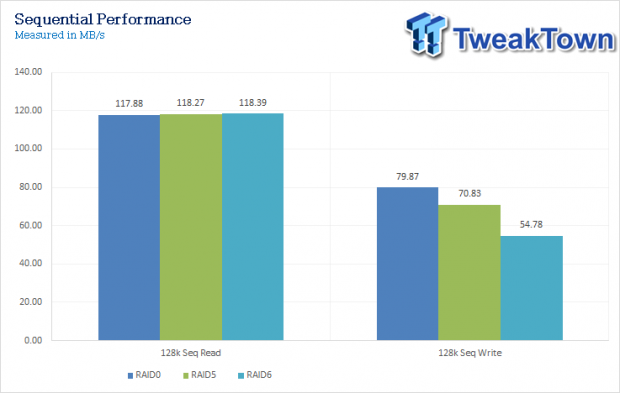 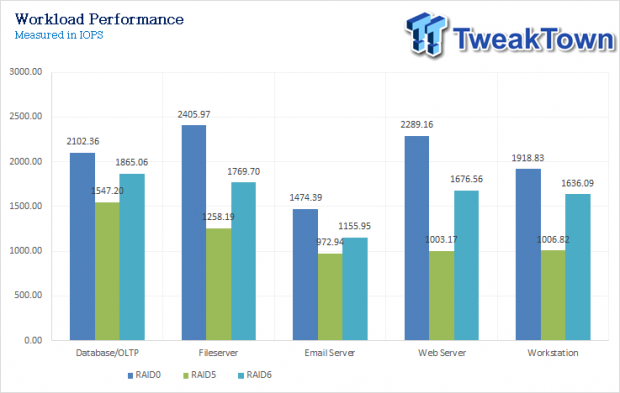 RAID 0 performed as expected, at the top of each individual workload. Top performance coming in Fileserver and Web Server just over 2200 IOPs. Database was right behind at 2100 IOPS with Workstation and Email Server at the bottom. RAID 6 showed much better performance than RAID 5 in all workloads.

The XN3004R starts out with solid build quality. The chassis is steel throughout, including the drive trays and the front panel, while minimal, it does offer feedback through LEDs. Hardware, on the other hand, is quite old; the last orders for the S1289 Atom SoC were in 2016, putting this platform generations behind the competition in terms of functionality.

Adding to this, the USB ports are running on the 2.0 specification and peak out somewhere around 54 MB/s. That being said, the XN3004R isn't directly marketed to home consumers, so the need for quick backup via USB 3.0 or better isn't there.

The performance of this platform was rather good and only limited in some scenarios by the built-in 1Gbe interface. For instance, we were able to top out single client RAID 0 performance for both playback and file copy operations quite easily. On the other hand, this NAS had issues producing the same level of write performance, topping out at 79 MB/s in RAID 0.

Pricing of the QSAN XN3004R at $699.99 comes in only a touch over competing solutions like the ReadyNAS 3138 from NETGEAR or Synology RS819. The QSAN unit has a better overall hardware platform than the Synology unit and on par with the NETGEAR unit.

QSAN's XN3004R four-bay 1U rackmount NAS has a great list of features including optional support for AHCI m.2 and 10GBe expansion via PCIe.