Today we will be looking at Antlion's ModMic Wireless, which is a nifty product for those who wish to keep using their headphones but are in need of a microphone.

The ModMic Wireless is aimed at users who are in need of a microphone for their headphones but don't want to be spending a ridiculous amount of money on a desktop microphone or replace their good pair of headphones with an entirely new headset.

The ModMic Wireless comes in at a price of $119, and we are going to be running it through a series of tests to see whether or not it's worth a purchase, or if you are just going to be better off picking up a new gaming headset. Firstly, the ModMic Wireless is controlled via a USB transmitter and doesn't have support for 3.5mm. I'm mentioning this now because it will save those users the trouble of reading the entire review only to find out it doesn't have 3.5mm later on. Now that's out of the way, let's jump into it! 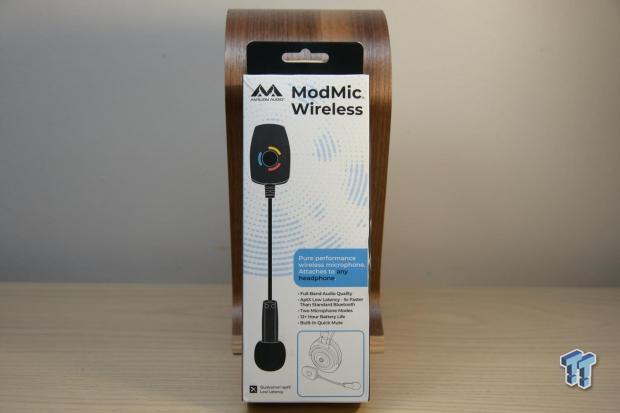 As always, above, we have an image of the front of the ModMic Wireless box. Here we can see a diagram of the microphone as well as some of the features that come with listed cleanly next to it. 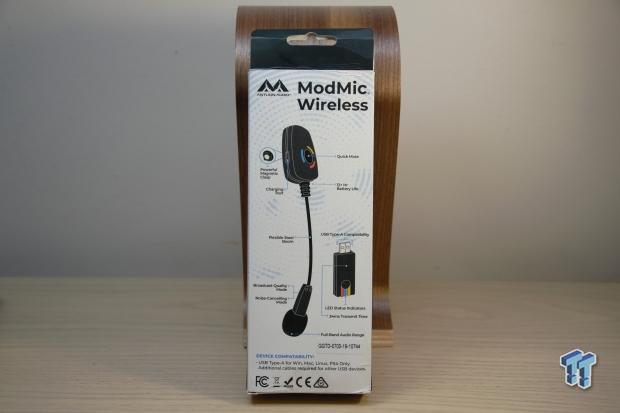 Moving on to the back of the box. Here we get a much better diagram of the microphone as well as all of the features that come with it. I really like the back of this box, as potential buyers get a clear description of everything they will be receiving upon purchasing the ModMic Wireless. Get work here, Antlion. 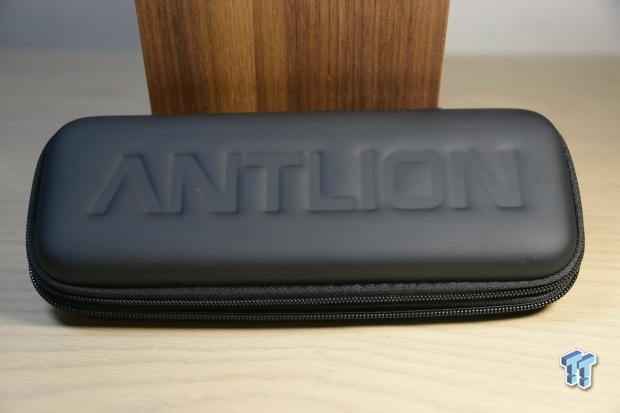 So what's inside the box? Antlion provides buyers with a nice carry case, as seen above. This case is quite firm and should protect the ModMic Wireless from a fall to the ground during transportation. It should also protect the ModMic Wireless from being damaged if it was placed at the bottom of a bag with items piled on top. All of the contents of the box are included inside the carry case. 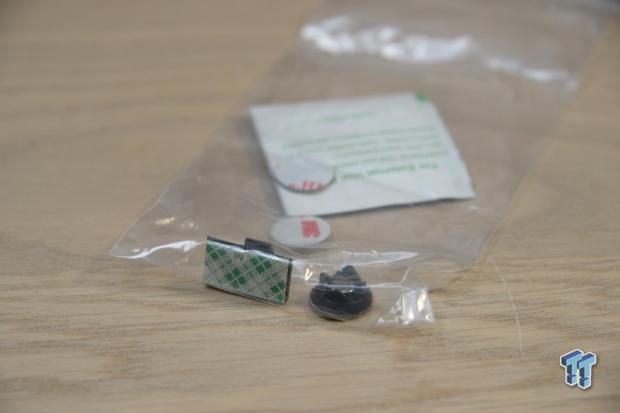 Antlion also provides buyers with a snap-lock bag that contains a magnetic base, two sets of adhesives, a cable anchor, and an alcohol wipe. 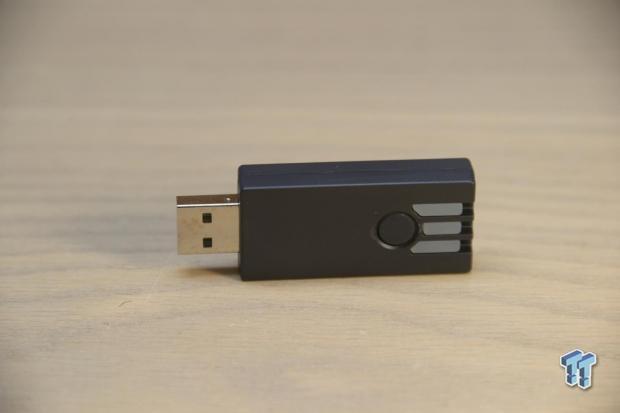 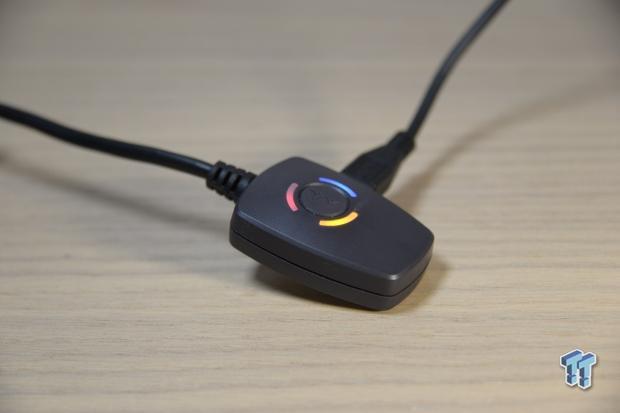 Here we have an image of the ModMic Wireless connected to power. We can see the color indicators on the microphone correspond to the colors on the USB receiver, as I mentioned above. 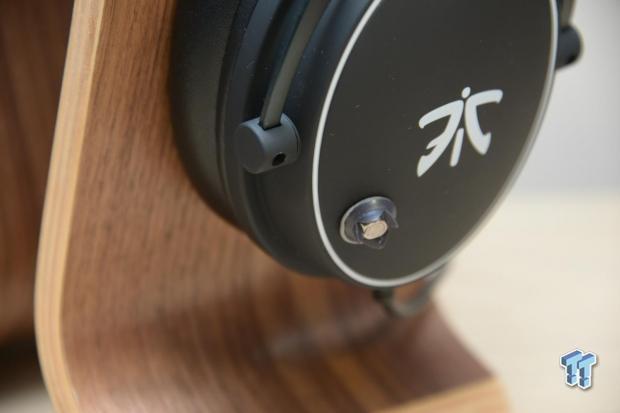 In the above image, we can see the magnetic base stuck onto a headset. This magnetic base is surprisingly strong and has some jagged edges so the microphone can firmly sit in place, thus helping its stability when attached. 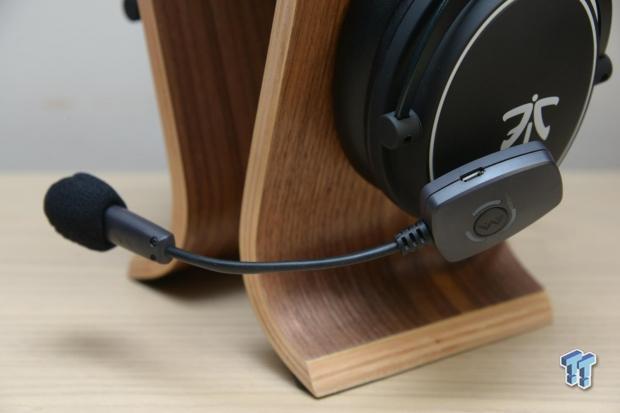 Here we have an image of the microphone attached to the magnetic adhesive. As you can see, the microphone itself is quite long, measuring in at just over 19cm. The microphone has a very flexible metal arm that can be positioned almost anywhere, a plastic transmitter that has a mute button and a micro USB port on it. 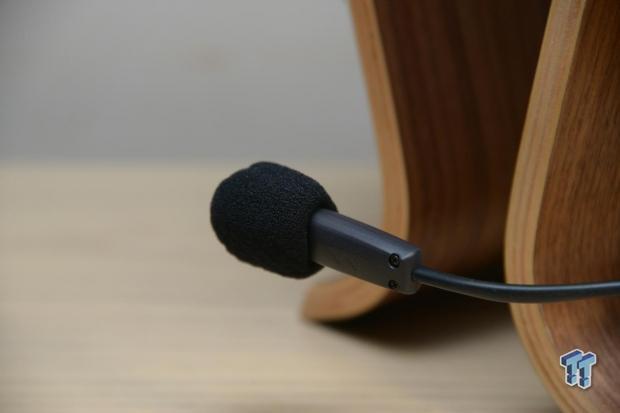 The microphone comes with a foam windscreen, which can be seen above. It's quite chunky and large, but it serves its purpose at blocking out any breathing being picked up by the microphone. 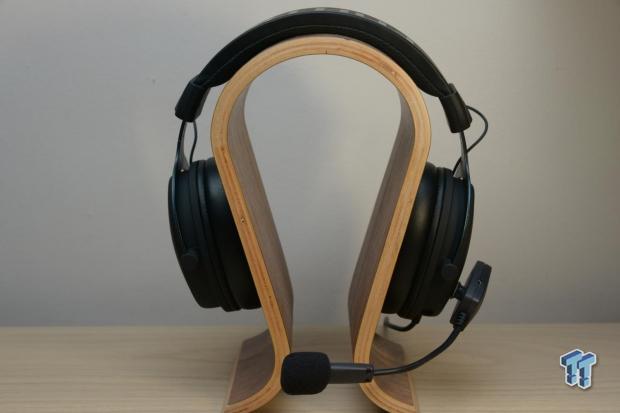 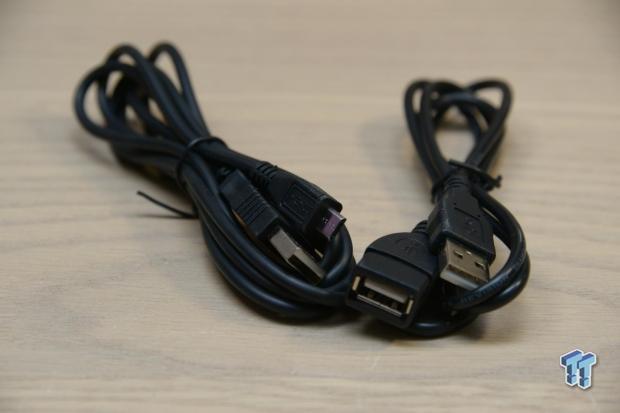 Lastly, we have an image of the USB extension cable and the micro USB charging cable. 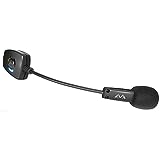 The ModMic Wireless is quite a unique piece of technology, as not really many companies, if any at all, are making a detachable wireless microphone that can be stuck onto multiple headphones. So, in that regard, I applaud Antlion for their decision to step outside the box.

As for my overall thoughts on the design choices behind ModMic Wireless, I'd firstly say that the weight of the microphone isn't that noticeable when it's attached to the headphones. When I first picked up the microphone, my initial knee-jerk reaction was that users would be annoyed by the additional weight on whatever side they chose to attach the microphone. This isn't necessarily the case, while the weight might be noticeable if you pay attention to it, it's definitely not noticeable while gaming.

I would love to see the microphone's transmitter shrunk down, though. At the moment, I feel as if attaching the ModMic Wireless to any headphone makes them unnecessarily chunky. In my opinion, if the transmitter were half the size, it would be much more aesthetically pleasing, which could mean the ModMic Wireless might start to be picked up by streamers, or just a wider audience in general.

The button that is right in the middle of the transmitter is a nice touch for muting the microphone, but unfortunately, I felt that I had to press it quite hard to get it to activate/deactivate my microphone. I would have preferred if Antlion went with an easier to button to press, or maybe a sliding microphone mute/activate switch.

The magnetic base that is attached to the headphone is a fantastic idea, and giving users more than one magnetic base is great as well. The magnetic strength is shockingly powerful and something I really applaud Antlion for, as I never had to worry about the microphone falling off the headphones when it was accidentally knocked with my clumsy hands.

I understand why Antlion chose to go with the jagged cut out that the microphone sits in, as it provides more stability, thus reinforcing the strength of the magnet. But, due to the cutout, users can't rotate the position of the microphone, meaning there are only a few ways the microphone can sit when it's attached to the magnet. I would have preferred if Antlion opted for no cutout, and instead had two flat magnets. This might mean the microphone wouldn't be as stable, but it would mean users could adjust the height of the microphone to whatever level they desire.

The ModMic Wireless doesn't require any software to use, which I absolutely love. There is no messing about in settings; it's just 'plug and play.' On the contrary, though, this does mean there are limited tweaking options for the microphone, which I will get into in the performance section of the review.

To "plug and play" the ModMic Wireless, users will have to plug in their USB receiver into their PC/PS4 and press on the microphones pairing button. Once both blue lights on the receiver and the transmitter go solid blue and stop flashing, the microphone has been paired to the device and is now useable. Simple and easy. Love it, Antlion.

Battery life wise, the ModMic Wireless is advertised to last about twelve hours, and this definitely checks out. I did some long gaming sessions while using the ModMic Wireless, and it lasted me about four days before I had to charge it.

What I would like Antlion to add to the ModMic Wireless is a gain control on the transmitter. That way, users could change their gain levels on-the-fly while gaming, and not have to tab-out of their game to adjust their sensitivity in software. Perhaps Antlion will include this feature in a future revision of the ModMic Wireless.

The ModMic Wireless has a fantastic level of audio quality for a wireless microphone, and setup is remarkably easy. It's not too weighty, so it's barely noticeable when it's attached to headphones while gaming and the polar pattern switch is also an extremely nice touch. I really like the magnetic power from the clasp, and how firmly the microphone stays attached to your headphones once it's connected.

The mute microphone button could have been designed to be more accessible by users by being less of a pain to press. I would also like to see Antlion throw out the jagged cutout for the microphone attachment and add a flat attachment instead. Lastly, I would also like to see a gain control dial placed on the transmitter, so users don't have to tab out of their game to alter gain levels.

Let's wrap this up. So, what do I think about the ModMic Wireless overall? Well, I believe that Antlion has created a unique product that has much more upside than it does downside. 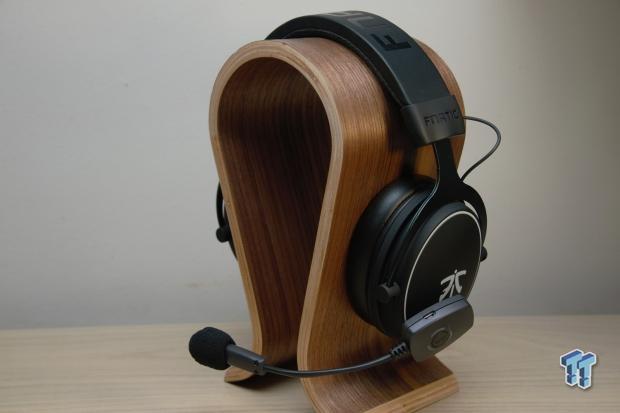 The upside aspects of the microphone, in my opinion, definitely outweigh the downsides. The quality is fantastic for a wireless microphone, the weight is reasonable, the battery is great, the magnet is strong, and the setup is easy. As for the downsides, while they are quite small, I can see Antlion taking feedback and quickly ruling them out with a future product release.

The only real big downside for me is the overall price. The ModMic Wireless comes in at a price of $119, which I believe is just too much to ask for when purchasing a wireless microphone - even if there isn't really anything else like the ModMic Wireless. If Antlion dropped the cost of the ModMic Wireless down to around $70 - $85, the product would be much more appealing, and users would be getting about what they are paying for in terms of performance.

All in all, Antlion has created a product that has quite a lot of potential, and while it may be a bit pricey now, after a few revisions from Antlion, I believe this product will really stand out to a wider audience one day. Overall, fantastic work Antlion, consider the ModMic Wireless a success that needs just a little bit of work.

The ModMic Wireless is quite expensive. Overall, the performance of the microphone is great, but I do believe that after some more revisions by Antlion, its issues will be ironed out and it will be a much better product.