LaCie's BOSS platform has been hugely successful for creators and users in the field managing and transferring data between platforms. We enjoyed our first look at this system with the Co-Pilot a little over a year ago, and today we venture further with their latest, Rugged BOSS SSD.

The Rugged BOSS SSD is, in large part, the natural evolution of the Co-Pilot from last year. LaCie has simply moved it over to their Rugged lineup, changed the colorway, and deployed it with an SSD.

That said, along with its internal 1TB SSD, you get a built-in UHS-II capable SD slot, USB port for charging and copying data from devices, USB-C for PC and macOS connection, and micro-USB for connecting to your Android or iOS smart devices. Did I mention it's also a power bank?

MSRP of the LaCie BOSS SSD in the 1TB capacity come sin at $449.99 with a three-year warranty. 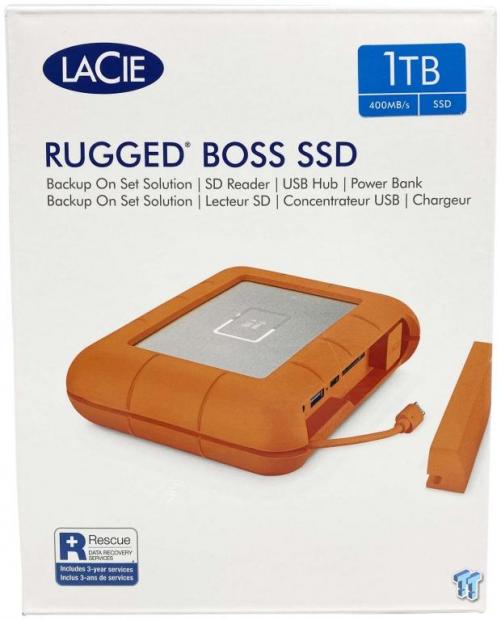 Packaging follows the "Rugged" lineup with a white box and image of the drive. Capacity is listed top right, along with performance. 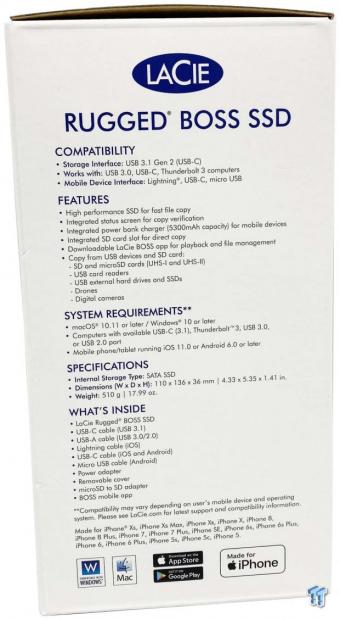 The side offers more detail with a full specification list and use cases. 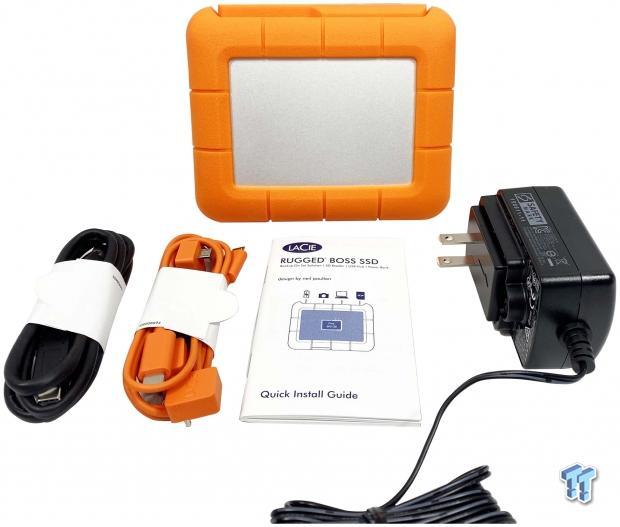 Unboxing, we have a host of cables and adapters for nearly every device imaginable. The power adapter to the right is for charging the BOSS SSD. 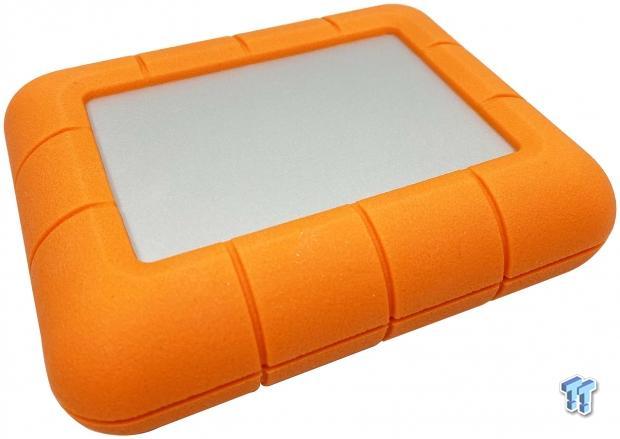 The BOSS SSD is a Neil Poulton designed solution, using that iconic orange color and drop-proof silicon skin. It does have the same screen on top of the Co-Pilot.

I/O includes power, USB 3.0, followed by a reset button and USB-C. The SD card slot and microSD round on the inputs.

The app has changed for iOS, now called LaCie BOSS.

Overall the app is identical to the Co-Pilot app. You have the option on the sidebar menu to switch between devices plugged into the BOSS.

This allows you to swap between device quickly, choose the images or data you need to move, as seen above.

The Settings menu does offer a good amount of configuration. At the top, you can change names and language along with letterbox color. There is a firmware update platform as well, along with notifications. Further down, you can clone the RUGGED BOSS to another drive connected via USB. 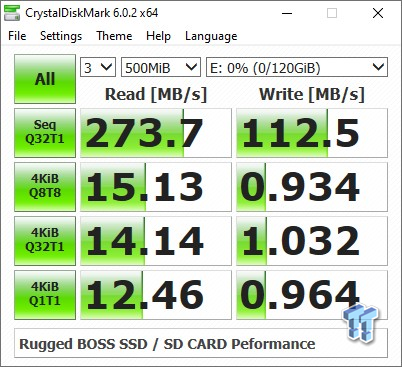 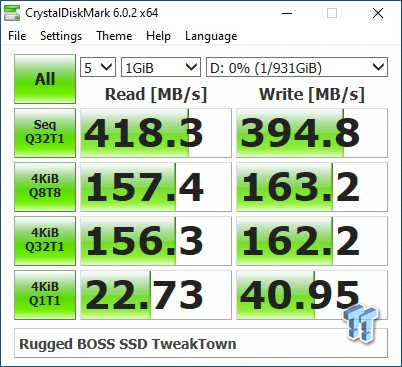 Moving to the BOSS SSD internal performance, I was able to get 418 MB/s read and 394 MB/s write. 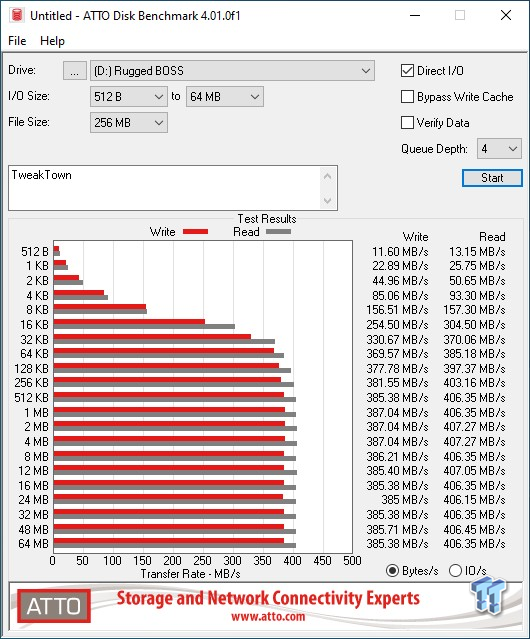 To get a clearer idea of where the performance is for the BOSS SSD, we used ATTO. As you can see above, the BOSS SSD gains its performance around 32K and holds through 64M.

I'm on the fence with the LaCie BOSS and not because it's a bad device or has some flaws. The device is quite wonderful, but I have this feeling that LaCie could have done more with it either by using NVMe tech and making it much quicker or staying with SATA and upping the capacity. Build quality, as you can imagine, is fantastic for the BOSS SSD, and is IP67 rated for dust and water intrusion.

Performance is solid and certainly an upgrade from the Co-Pilot. In testing, I was able to reach 417 MB/s read at peak with write performance just below at 394 MB/s. This offers plenty of performance for quick imports from UHS-II devices and USB 3.0 flash drives. Also, the extra performance given from the SSD media should offer increased longevity and resistance to the all-terrain nature of the drive.

As for pricing, LaCie always comes out a bit on the higher-end, and the BOSS SSD is no different. At $449.99 for the 1TB capacity, it is among the most expensive portable SSDs, but is king when it comes to functionality.

For creative professionals, there is no drive better than the LaCie BOSS SSD!