The F2-221 offers a reliable set of hardware with an NAS OS that needs to grow up quickly to compete in the current market.
Buy at Amazon

We get a Terramaster appliance about two times per year, and while they aren't the most recognizable brand, they do tend to use similar hardware to the Synology and Qnap.

The F2-221 is the latest in the two-bay Terramaster lineup. This new solution ditches the aging J1800 SoC for a new Intel J3355. While this new CPU is still a dual-core platform it's built on the new 14nm process and while the clock speed is lower, it does offer higher single core performance than the previous solution. Terramaster has paired this with 2GB of DDR3 that is soldered directly on the motherboard for upgrades they have allowed a single memory slot that accepts up to 8GB sticks.

Moving on we have two bays as stated above with support for both 2.5" and 3.5" drives. Maximum internal storage capacity is reached at 28TB using 14TB disks. Connectivity is offered via two-gigabit ethernet ports with additional storage expansion via USB 3.0. 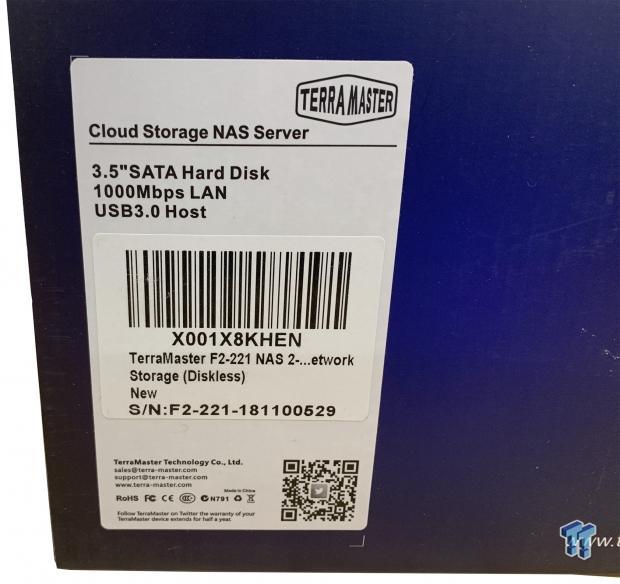 The packaging is quite simple for the 221 with subtle branding cues. We have a sticker to the left with model information and performance estimates. 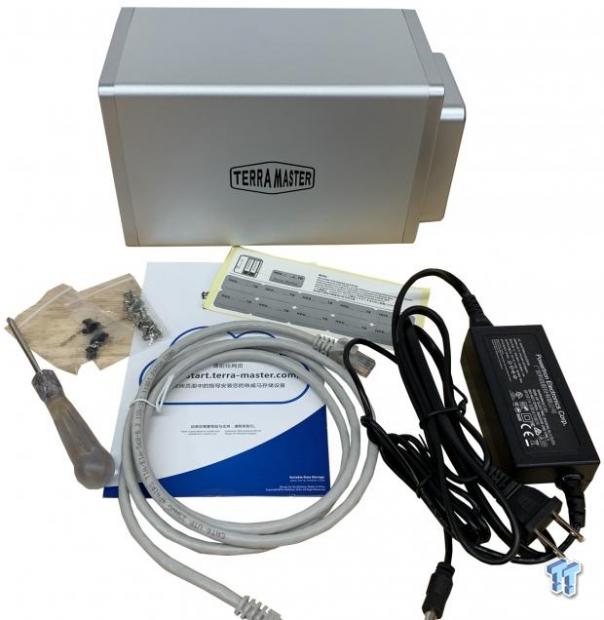 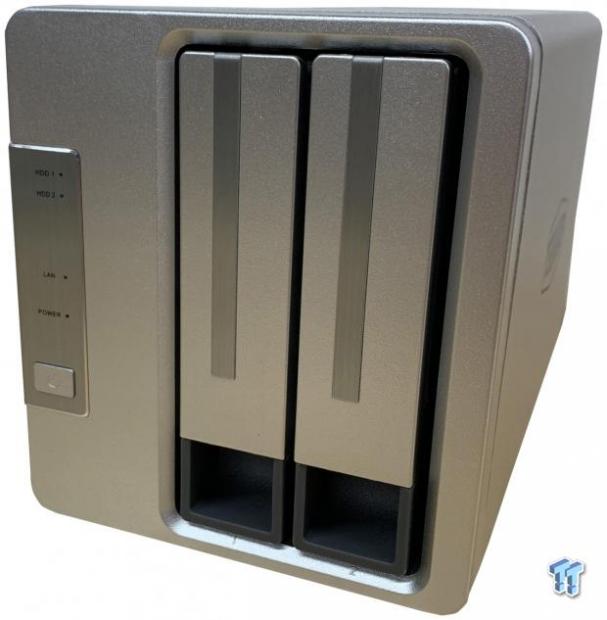 The front of the unit houses two drive trays, non-lockable while the left houses the power button, and activity LEDs 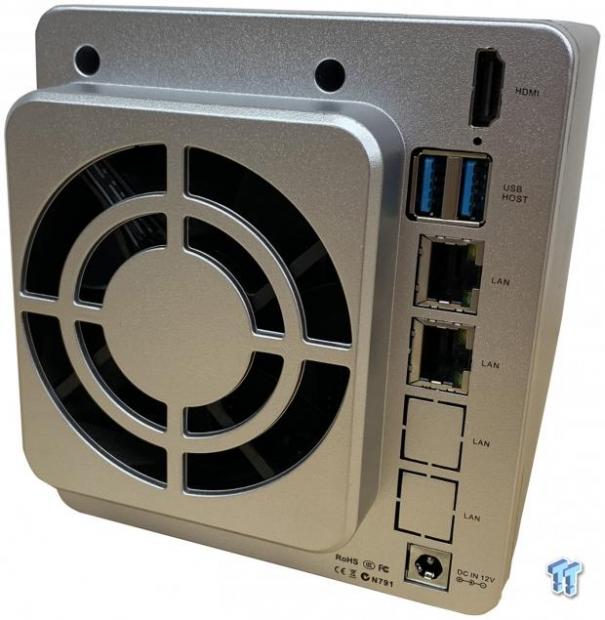 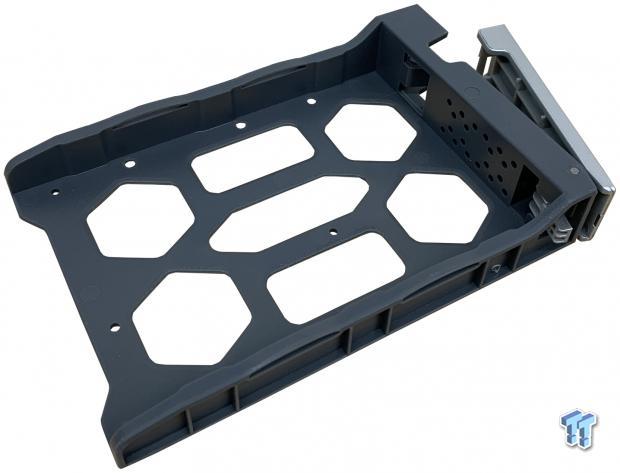 Removing the drive trays, they are not toolless like we normally would see but are set up for both 2.5 and 3.5" drives. 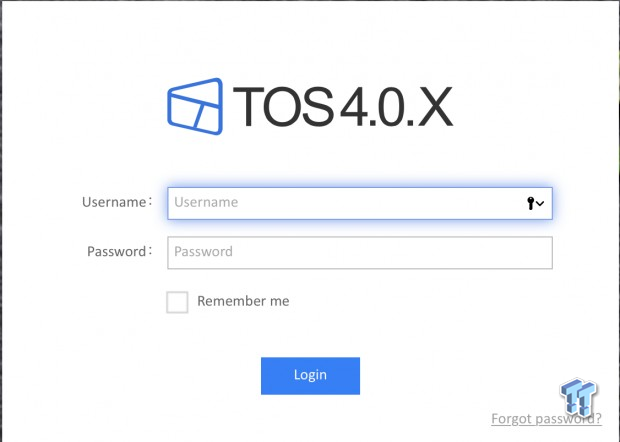 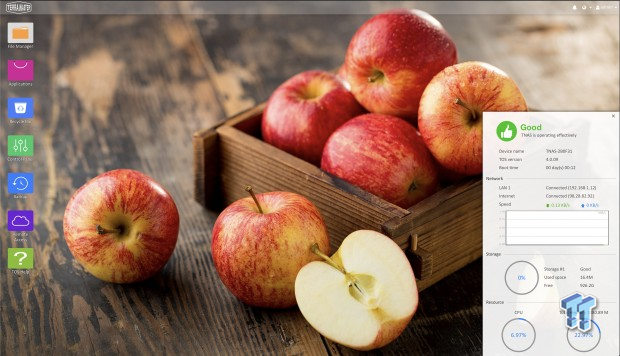 After setup and login, we land on the dashboard and as you can see it much more modern than past systems. To the left, we have icons for file manager, applications and control panel along with a few others. 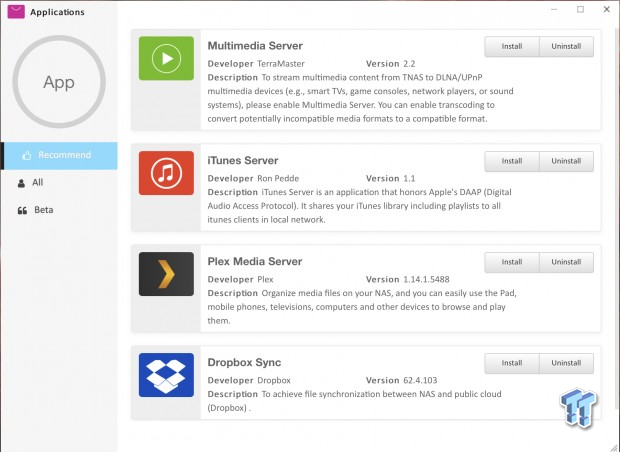 Within the applications menu, there is a set of recommended apps, these include multimedia and iTunes server along with plex and Dropbox. 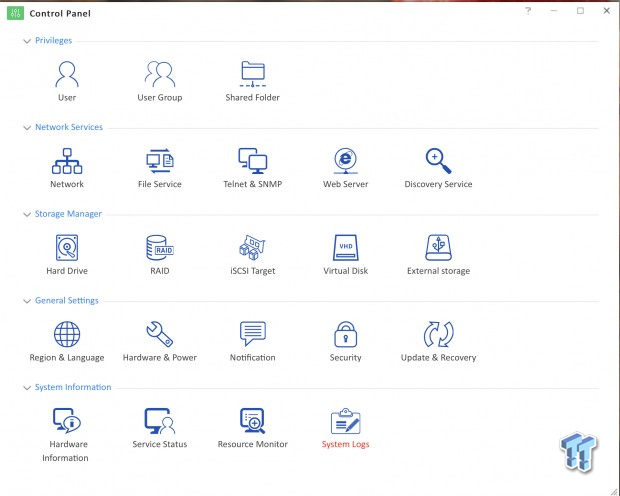 Control panel includes menu options for users, group and shared folder at the top. Through the middle, we have network options and storage setup. At the bottom, we have system information and general settings. 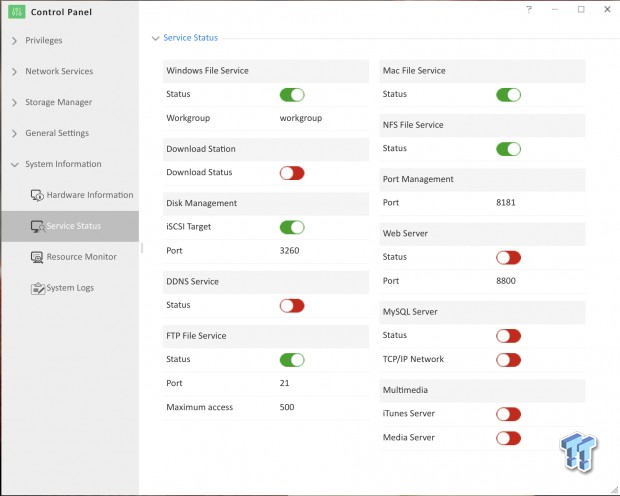 Services supported on the 221 include, Windows File Service or SMB, iSCSI and FTP. To the right we have NFS and AFS along with Web Server and SQL. 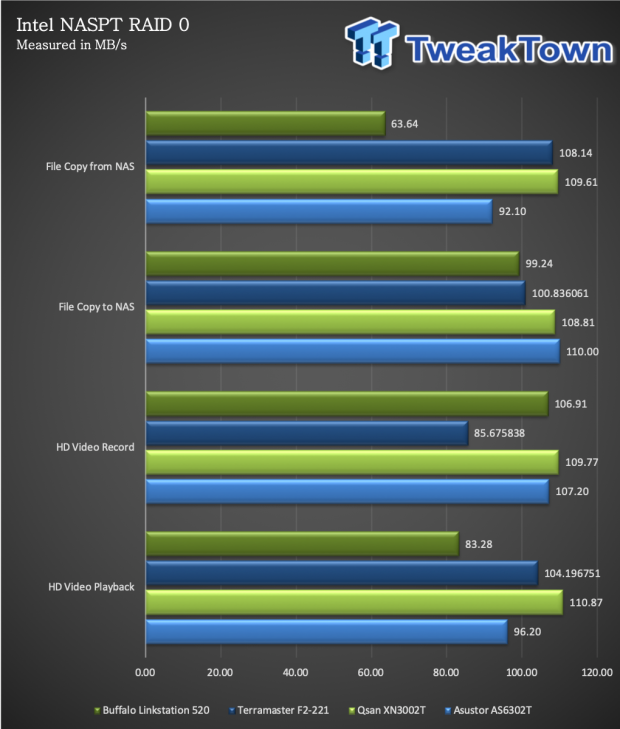 In testing the Terramaster, we have a few units along for comparison. Starting with single client testing, we see 104 MB/s in playback and 100 MB/s in file copy. 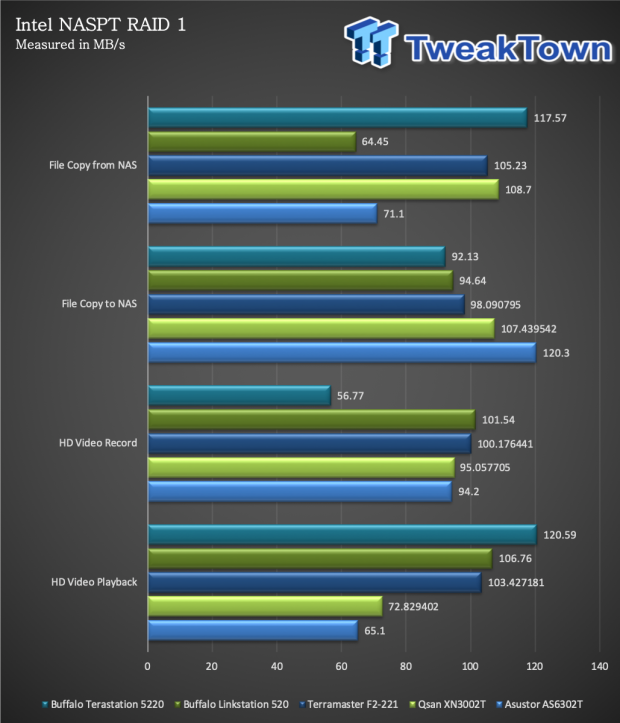 RAID 1 offered similar performance with 103 MB/s on playback and 98 MB/s on file copy. 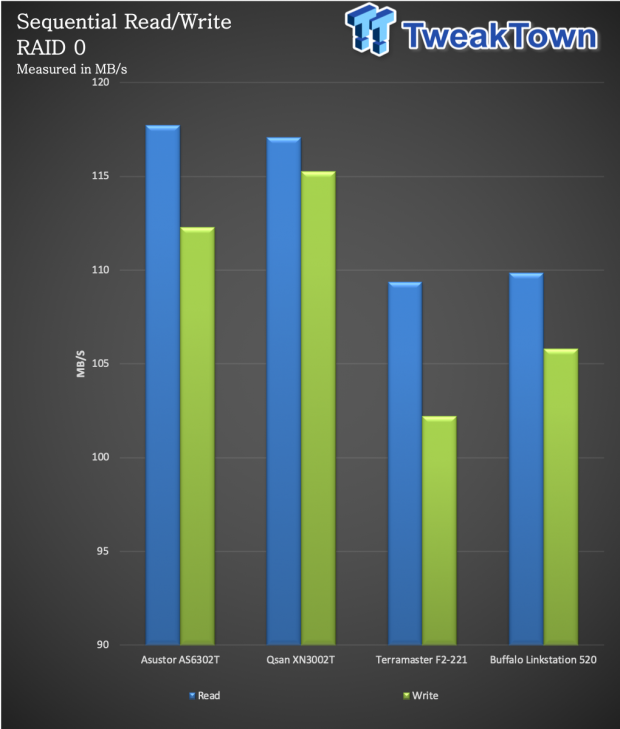 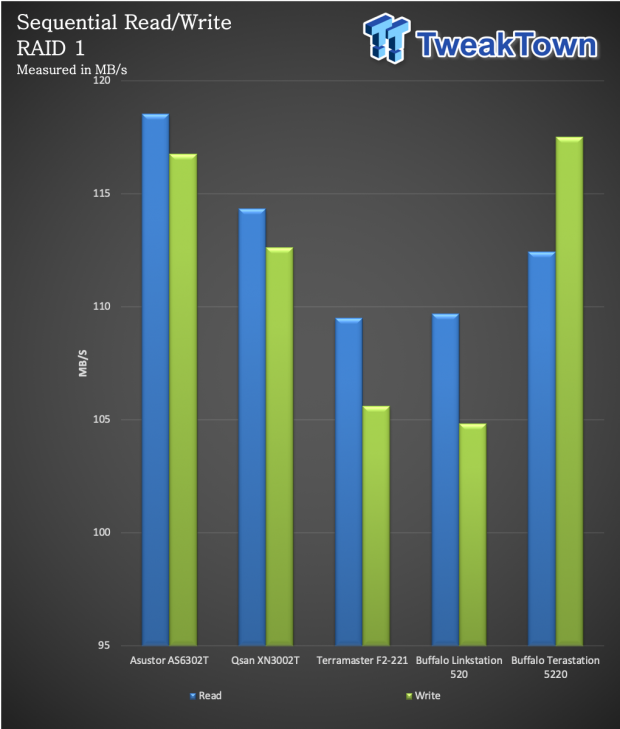 I've not reviewed many Terramaster products over the years, so it's nice to get my hands-on them when I can. Quality is quite good although it's certainly a different standard than what we see with larger known brands like Synology, Qnap or Asustor. The F2-221, for instance, is an all-metal chassis inside and out with an aluminized finish that almost makes it look like spray painted plastic. The plastic drive trays and front fascia now work just fine but could be better.

Performance of this solution was top notch and given the hardware used id expect nothing less. Pairing this with IronWolf drives offers near identical performance in both RAID 0 or 1, and it really shows what a bottleneck gigabit ethernet has become in the current market. As far as features go, the Terramaster doesn't have the biggest app store, but they have managed to land support from Plex which is one of the largest media library platforms in use. Outside of that, they have download station and basic file services along with a full features NAS OS that really add ease of use to the entire platform.

As far as pricing goes, this unit carries a $279.99 MSRP which is at the high-end for two-bay platforms. For comparison, Synology has DS218, Qnap has the 251B and Asustor the AS3102T v2 all which come in cheaper and with more feature rich ecosystem.

The F2-221 offers a reliable set of hardware with an NAS OS that needs to grow up quickly to compete in the current market.