With the market saturation at its current level, the Velop AC4800 could use a price break to be more competitive.

The Velop line has become one of the most popular mesh platforms for its design, simplicity, and functionality. Linksys has gone back to the drawing board a number of times to introduce several variations of Velop in both Tri and Dual band configurations including adding black and white colorways.

The latest iteration of Velop is a hybrid configuration. The AC4800 model has Linksys opting for a single tower node as the base station and two wall plug nodes. The tower is a capable unit pulled from the AC6600 kit with two 5GHz bands at 867Mbps and a single 400Mbps 2.4GHz band.

Wired ports offer two-gigabit ethernet auto-sensing ports one for WAN the other LAN. The new wall plug nodes sacrifice one of the 5GHz bands, offering a dual-band 400Mbps on the 2.4GHz and 867Mbps on the 5GHz configuration. Apart from that, the Wall plug nodes offer no secondary capabilities such as wired ethernet etc. 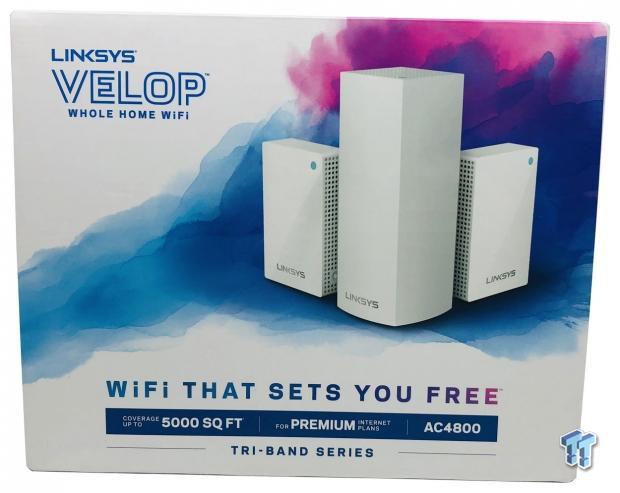 Packaging follows the Velop colorway, an image of the nodes on the front and marketing below. 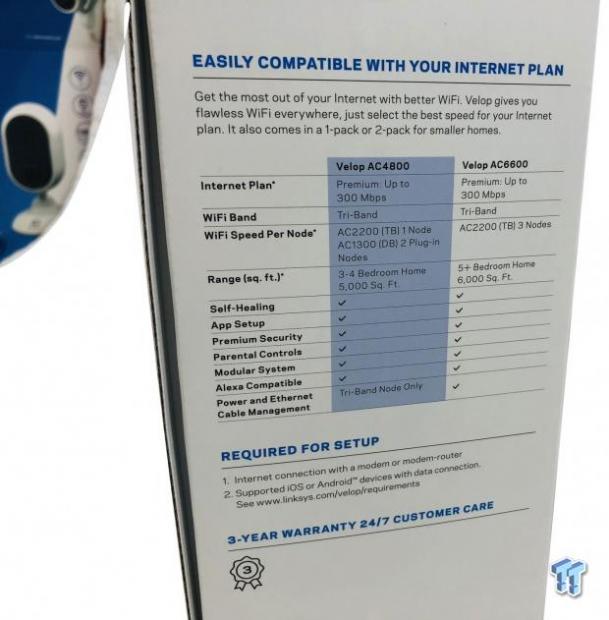 The spine compares this unit against their flagship AC6600 platform. 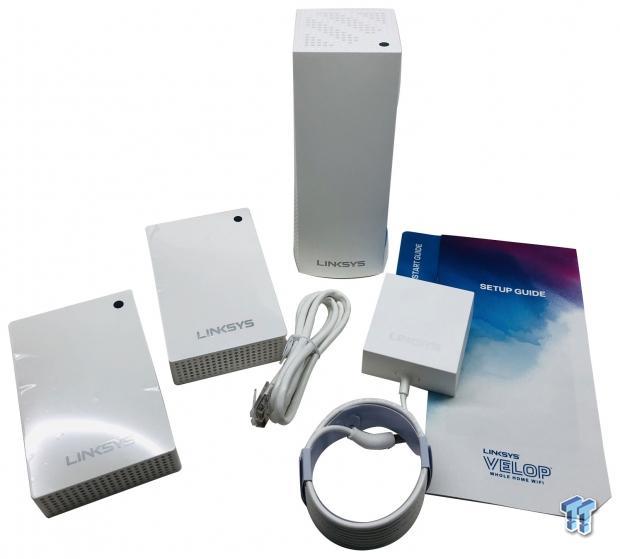 Included in this package we have the tower node and two wall plug units, power cord and ethernet cable. 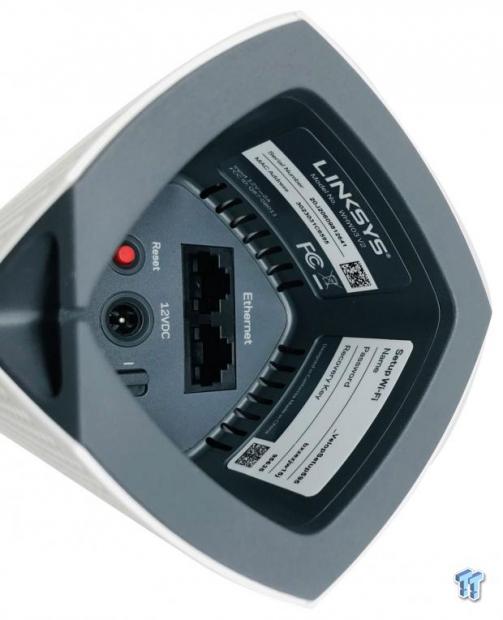 On the bottom, we have the two-gigabit ethernet ports autosensing for WAN. 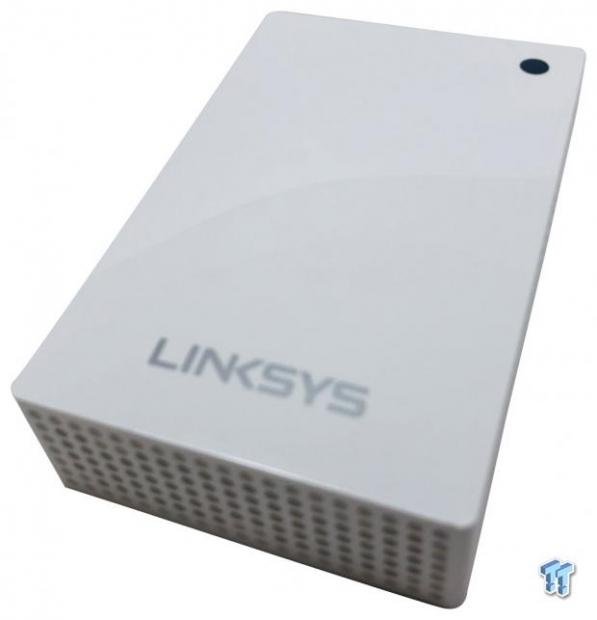 The Wall plug nodes offer a LED at the top right and branding in the center. 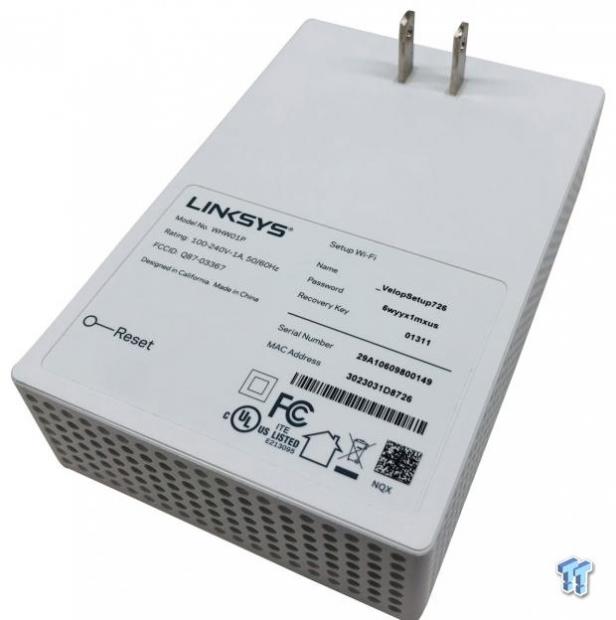 The backside has the two-prong AC plug.

The app hasn't changed for this new Velop unit. We are using the Linksys app on iOS.

Setup also hasn't changed. You will create an account run through the initial setup following the app adding nodes as you go. Once your nodes are setup you will come to the screen above.

The dashboard offers a quick glimpse at Internet connectivity and devices connected. Down below we have sections to control activity with parental controls and device prioritization.

Optimizations can be made to the Wi-Fi channels by running the Channel finder tool.

After completing, the tool will show you what nodes were optimized.

The admin panel gives access to WIFI settings of each node along with firmware control.

Speed check is quite common on modern routers, Linksys adds the functionality to the app seen above. 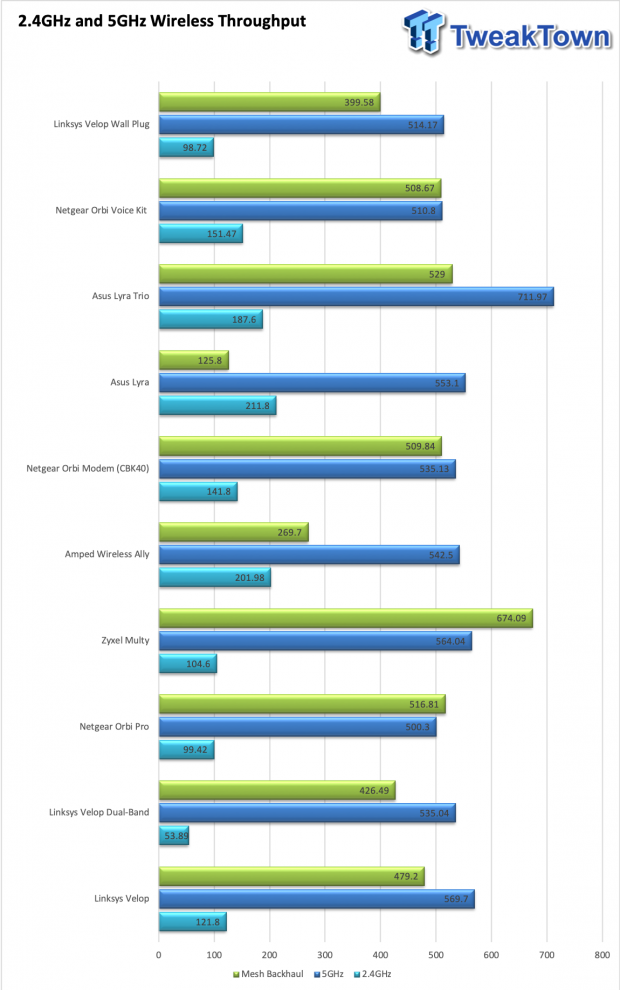 As far as testing is concerned, we put the Wall Plug units up against the past Velop platforms at the bottom and all other Mesh systems we have tested this last year. As you can see in wireless throughput, they are on par with all other platforms tested in 5GHz and are only a slight bit slower in 2.4GHz. The mesh backhaul is capable, but I did find it the slowest of the Velop systems I have tested. 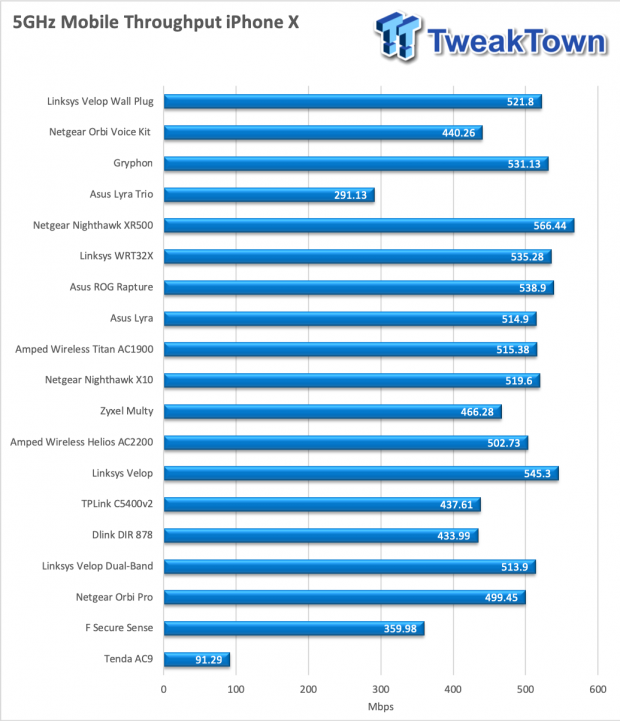 Throughput with mobile devices or to be more precise, the iPhone X, gave us 521Mbps which outs this unit at the top end for 5GHz performance.

Closing this review out, the AC4800 Velop unit tested here today performs on par with more expensive units like the AC6600 platform if we subtract wired backhaul capabilities and that second 5GHz band. That said build quality is top notch, since the beginning Linksys has approached "Apple" levels of finish on these units with product packaging to match.

Performance as mentioned above, is on par with any other dual-band Mesh platform. These units are at the top for both wireless throughput with a peak of 514 Mbps on the 5GHz band tested with our desktop system, and 521Mbps tested with our iPhoneX. Backhaul is slightly slower at 399Mbps tested at 15 ft from the base node which can put a hampering overall throughput at the client end.

Pricing gets a little crazy at this point with the Linksys AC4800 kit coming in at $399.99 MSRP. The only unit I could find to directly compare was the Netgear RBK23W Orbi system, that is a wall plug unit itself. Currently, it is priced at $299.99 a full hundo cheaper than the Linksys reviewed here today.

The Bottom Line: With the market saturation at its current level, the Velop AC4800 could use a price break to be more competitive.