Nokia joined the Wi-Fi market last year when it introduced the Beacon 3 in December, seven months later, on July 9th, they introduced Beacon 1 and with both units in house we start our journey with the latter; Beacon 1 Trio.

Beacon 1 is Nokia's second Wi-Fi system and the more budget-friendly of the two-current platforms. It is available as a single unit or as a three-pack; what Nokia calls Trio. This system uses application-based setup on both iOS and Android which also enables remote management along with a browser-based login to Nokia Wi-Fi Portal which gives you a large format option for monitoring your network at home or away.

Hardware for the Beacon 1 includes the Broadcom BCM6846 paired with Micron DDR3 and MXIC Flash for the OS. As for radios, we have the BCM43217 for the 2.4GHz and BCM4352 for the 5GHz; This gives the Beacon 1 300Mbps capabilities for long-range 2.4GHz and 867 Mbps for the high-speed 5GHz band. Also included are two RJ45 port for Gigabit WAN and LAN connectivity. 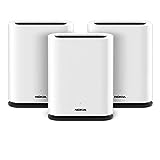 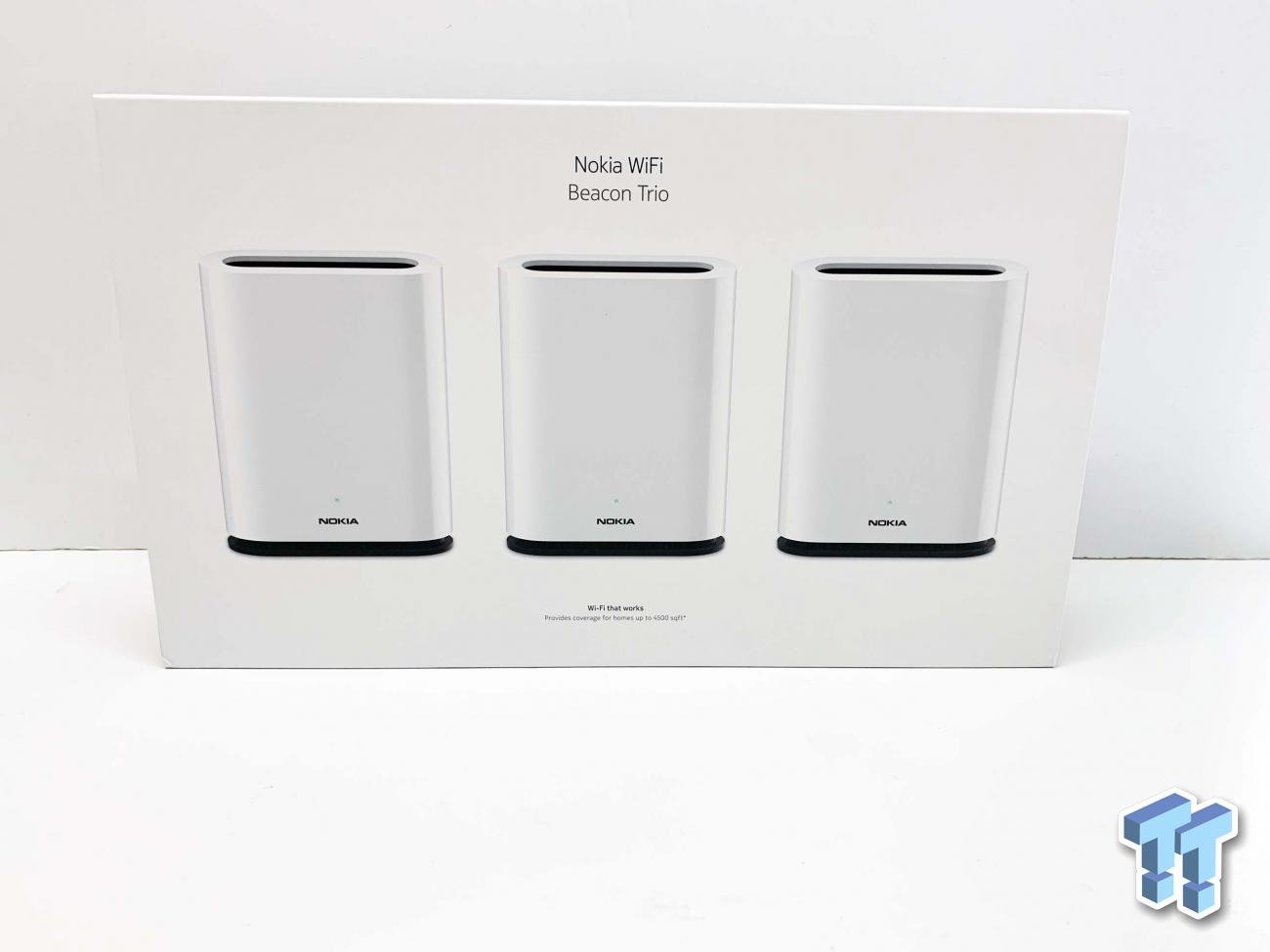 The packaging is clean and modern for the Beacon 1. We have an image of the three nodes on the front with branding at the top. 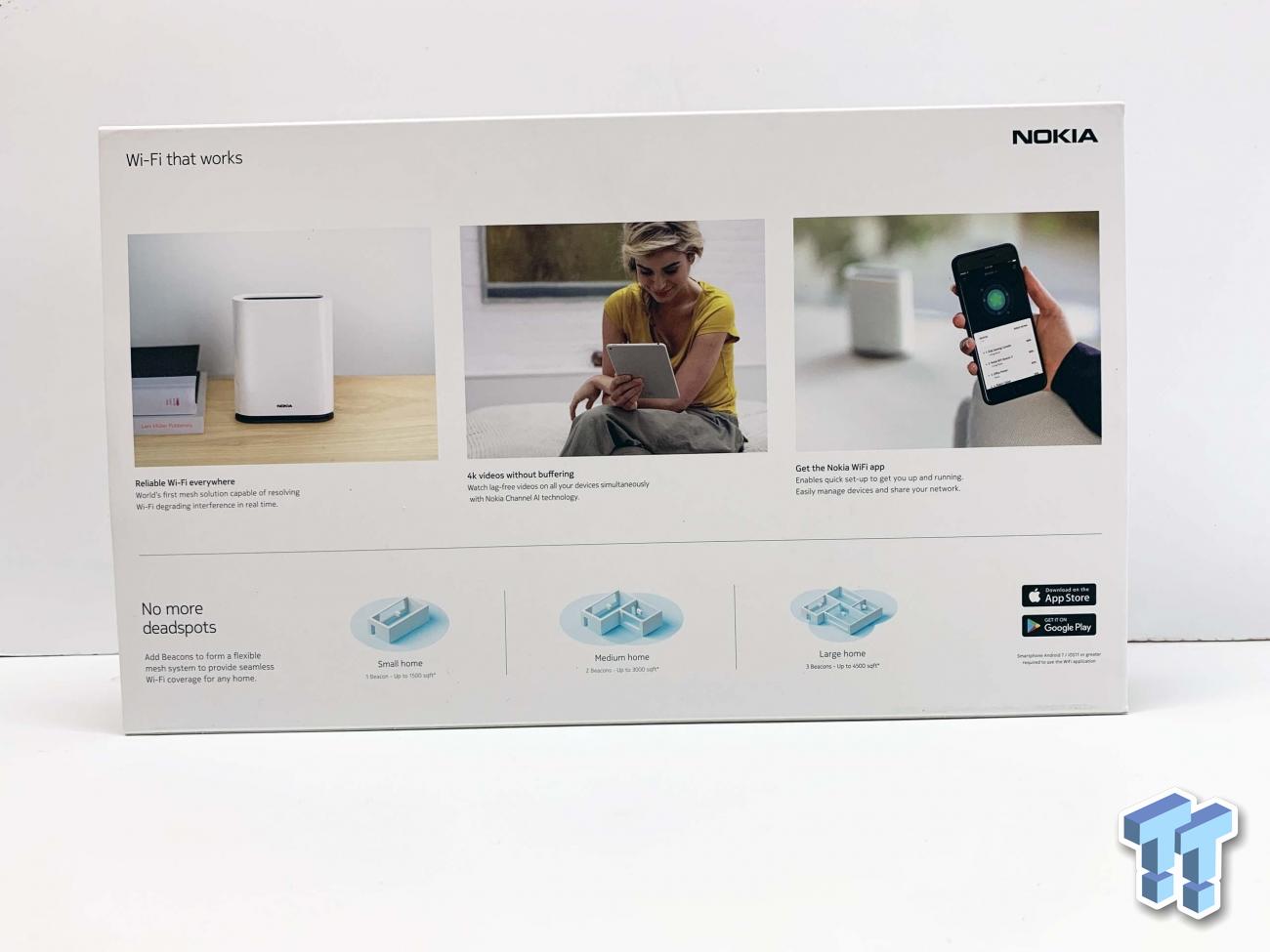 Nokia has taken the subtle approach with very little in your face marketing on the packaging. 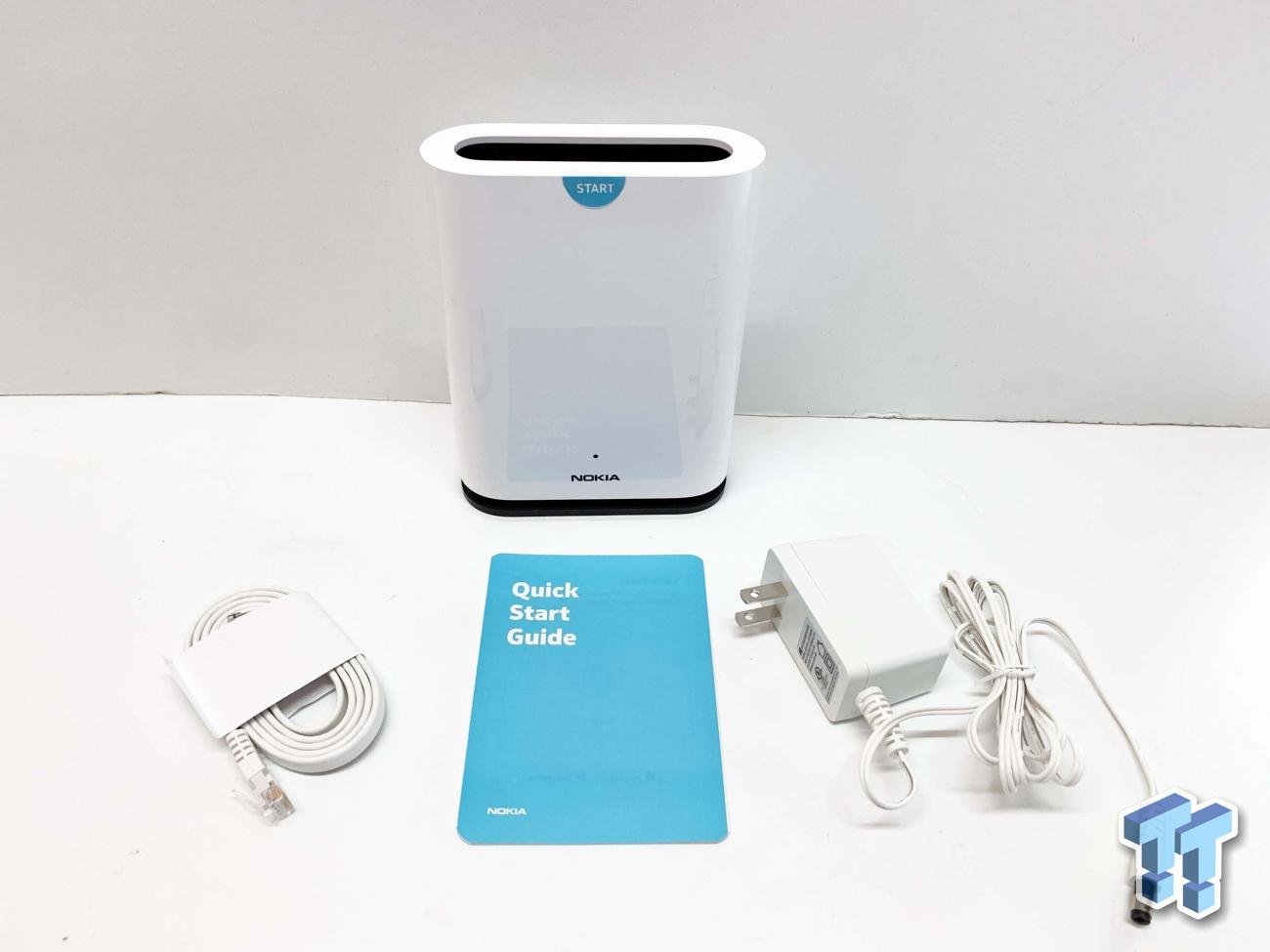 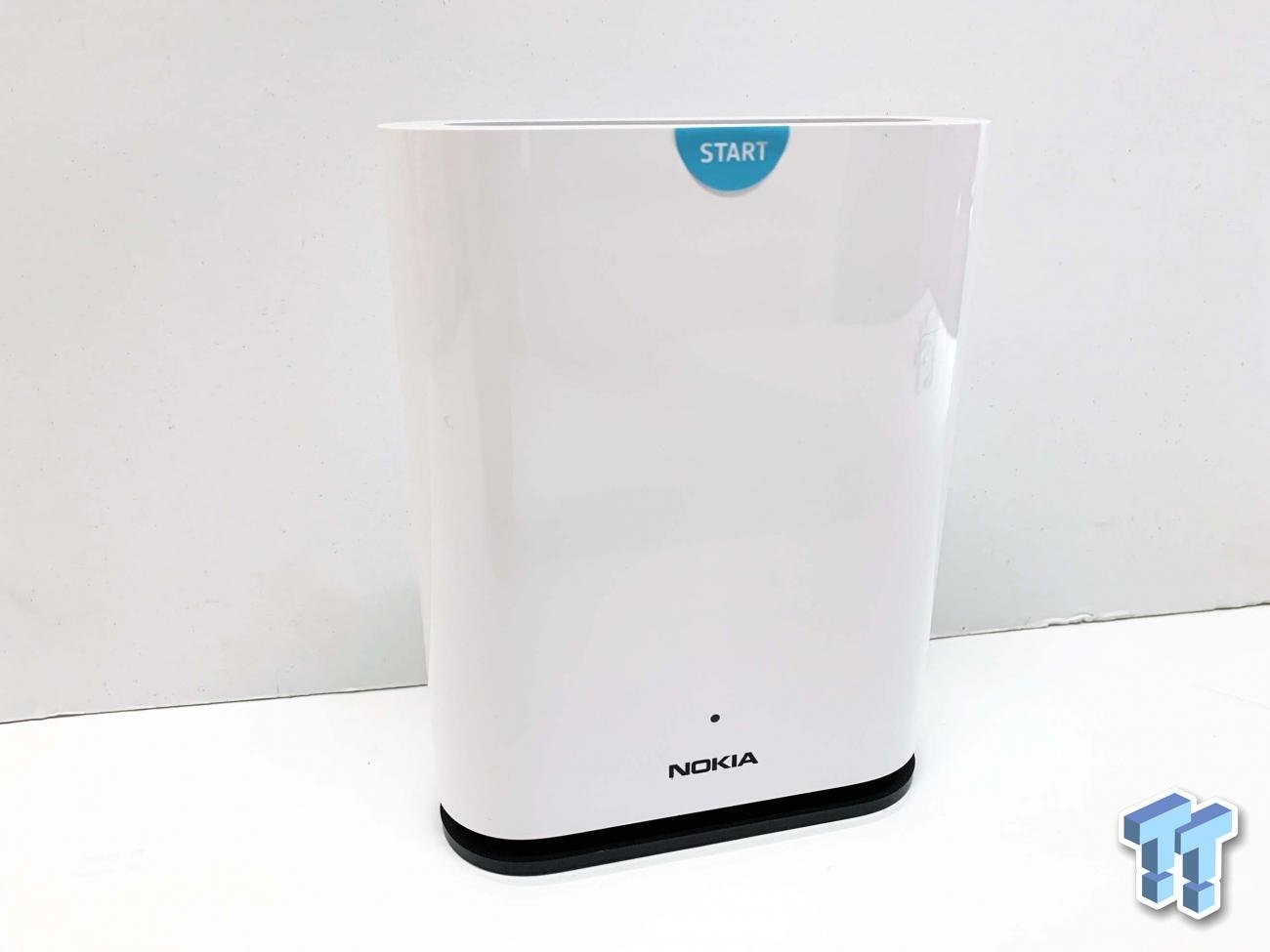 The overall design of the unit takes advantage of glossy white exterior with an elongated oval shape. We have a multi-color LED on the front for status and logo below. 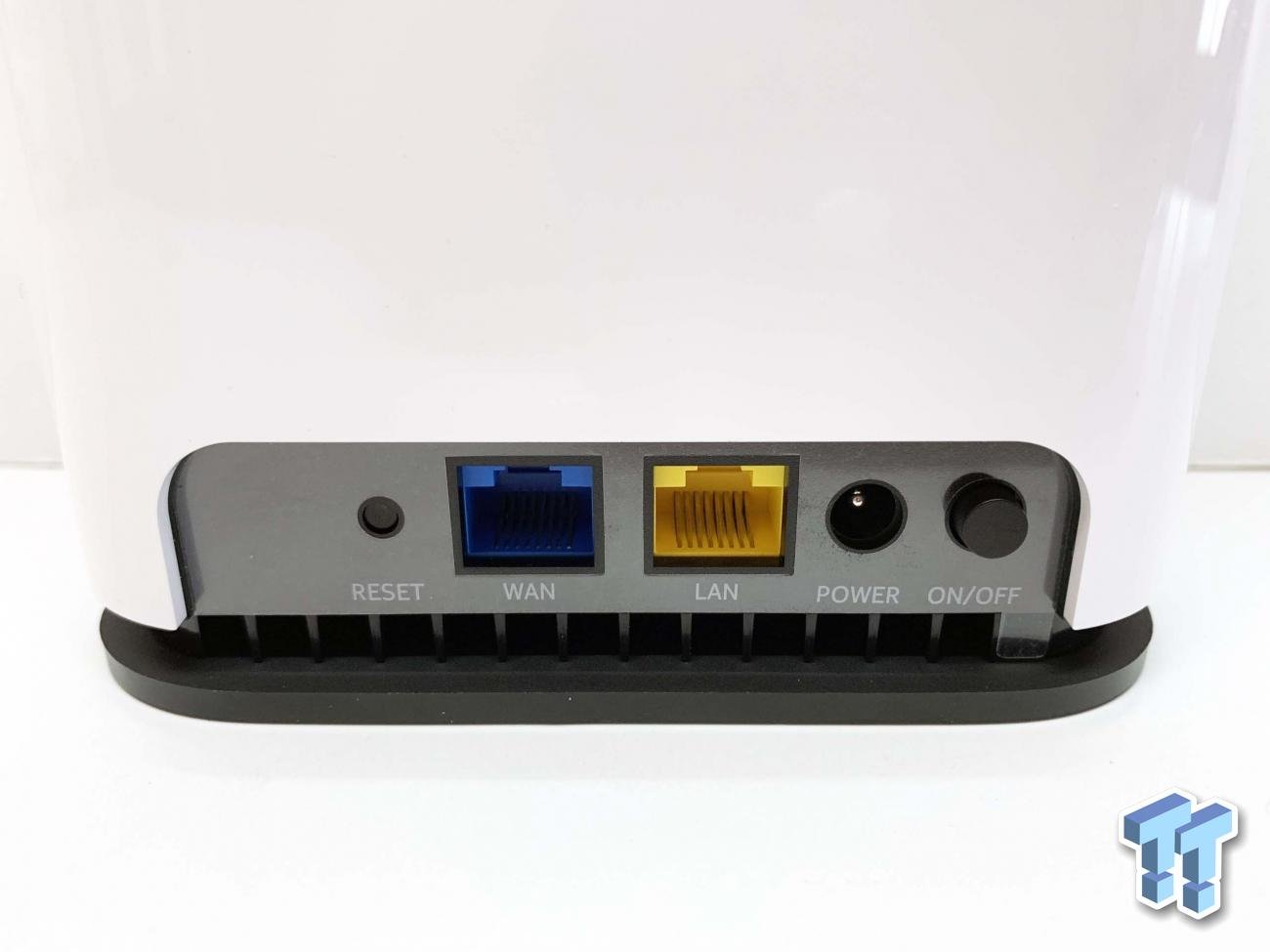 On the backside, things stay simple with reset and power input on either side of the RJ45 ports.

Setup is run though the Nokia WIFi app seen above on my iPhoneXR.

Setup is streamlined with the use of a QR code.

Waiting a few seconds setup will push an invitation to join.

Once complete your network is setup. Its also worth noting for those that buy the Trio, all nodes are pre-paired so once the master unit is setup all you have to do is plugin the others.

Once in we have the dashboard seen above. At the top, there is a dropdown menu that lets you switch between client devices and Beacon Nodes.

On the sidebar, you have the ability to manage devices and guest access, add beacon units or change settings.

Settings keep things simple but do give you enough to setup the basic home network. Above you can change Wi-Fi SSID and password along with parental control and device access.

Each node allows certain options to be configured independently. You also have the ability to see what devices are connected to each node. 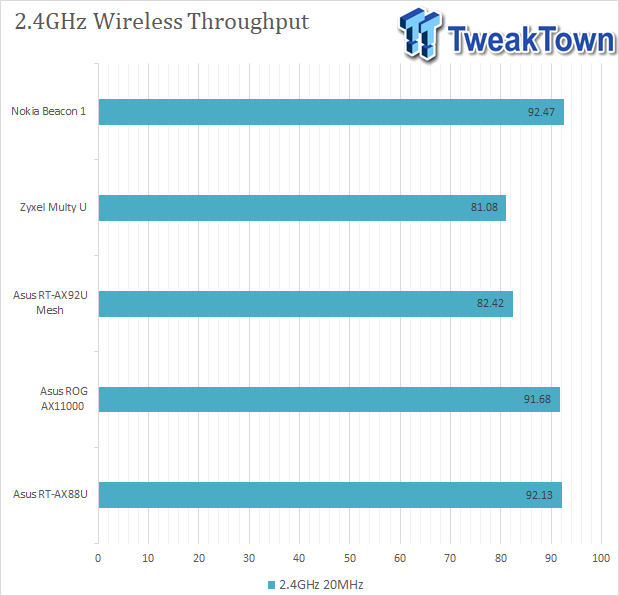 With the Beacon 1 having a single WAN and LAN port, we skip right to wireless performance and 2.4GHz. As you can see above, Beacon 1 came in at 92.4Mbps. 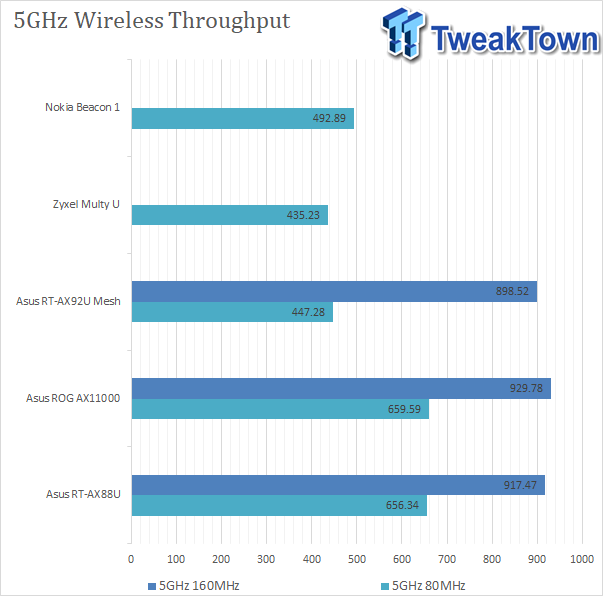 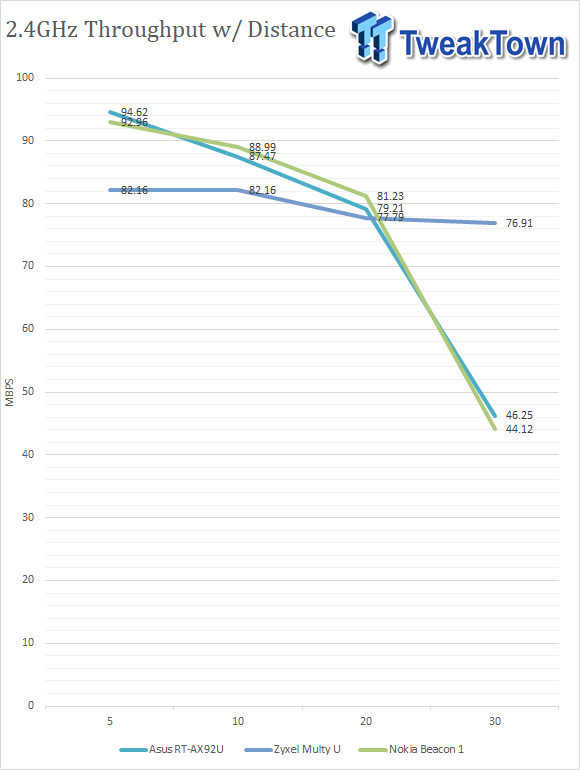 Moving into mobile testing, I put the Beacon 1 up against the Multy U and AX92U. The performance started at 92Mbps at 5ft and dropped to 88Mbps at 10ft. Moving out to 20 and 30ft, we see performance move to 81Mbps ending at 44MBps. 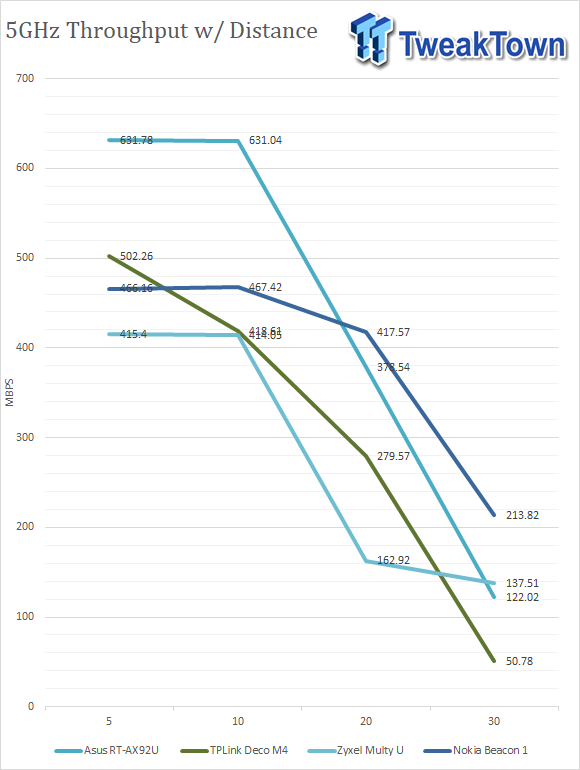 5GHz puts the Beacon 1 right in the thick of things with a starting number of 466Mbps. Out to 10ft, we see it hold at 466Mbps and only a slight move at 20ft. 30Ft we get a final number of 213Mbps, the top mark in our current chart. 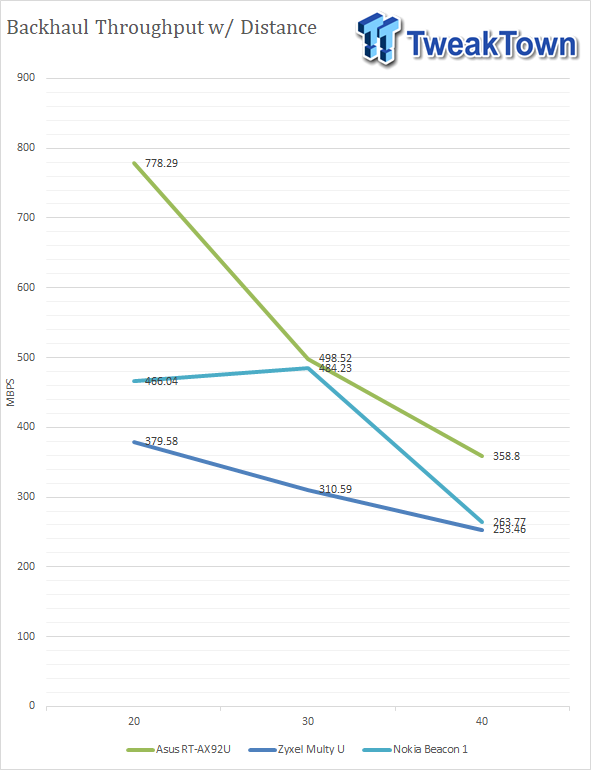 Backhaul is a very important metric for those that have larger homes and need two or three nodes. The Beacon 1 did quite well passing on 466Mbps at 20ft, 484Mbps at 30ft and 263Mbps at 40ft.

With this unit being my first from Nokia, I was quite happy with the overall presentation. Build quality was quite good with thick plastics all the way through. Aesthetics are quite nice as well, the glossy white doesn't take on the fingerprints and dust as much as a piano black would and the LED isn't too terribly bright, even at night.

The app is something that can make or break a consumer solution, but Nokia has done an amazing job both in pre-pairing mesh nodes for easier setup but also enabling QR code to make the process less tedious. The layout of the app is simple and straight to the point; a target system shows where each device is located in terms of signal strength, which in turn allows you to adjust additional nodes to improve coverage. Further setup options are basic but enough for a home network with SSID and parental controls.

Performance of the Beacon 1 was on par with my expectations, we found average 2.4GHz performance all the way out to 20ft at 90Mbps, and 5GHz stepped things up to 466Mbps within 10ft and held the best performance out to 30Ft. Backhaul on these units came in at 480Mbps at 30ft, leaving plenty of throughput for additional wired or wireless connections. Adding to this, the Beacon 1 does support Hybrid backhaul for those that have the ability to extend a wired connection between nodes.

The Nokia Beacon 1 Trio gets the Value award not only for its price but its overall ease of setup and excellent performance for your hard earned dollar.