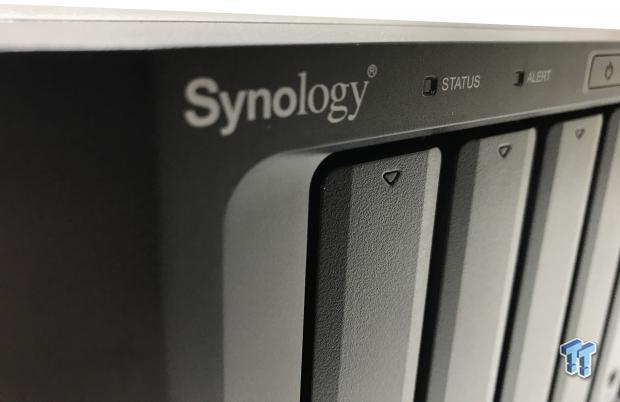 In February, we had the amazing opportunity to look at the all-flash NAS FS3017 from Synology. Coming from that review, I knew it was time to make our entire test network 10Gbe compatible as 10Gbe is on the horizon of becoming mainstream. With that, I reached out to some friends and came away with the Netgear XS708T, which now operates as the backbone for the test network. This came in handy when Synology launched the DS1517+ just a few short months ago, the unit they had sent over was outfitted with SFP+ capabilities meaning it was time to start our journey with 10Gbe NAS solutions.

The DS1517+ is the latest five bay Workgroup / Small Business NAS solution from Synology. This unit supports drive expansion allowing a total of fifteen drives with two DX517 expansion units. Additional capabilities include expansion to 10Gbe via the Mellanox ConnectX SFP+ solution that Synology has provided with our unit. There is also the option of adding in a dual m.2 PCIe card in place of the 10Gbe. Of course, this platform is powered by DSM6, with our testing is done on version 6.1.1. 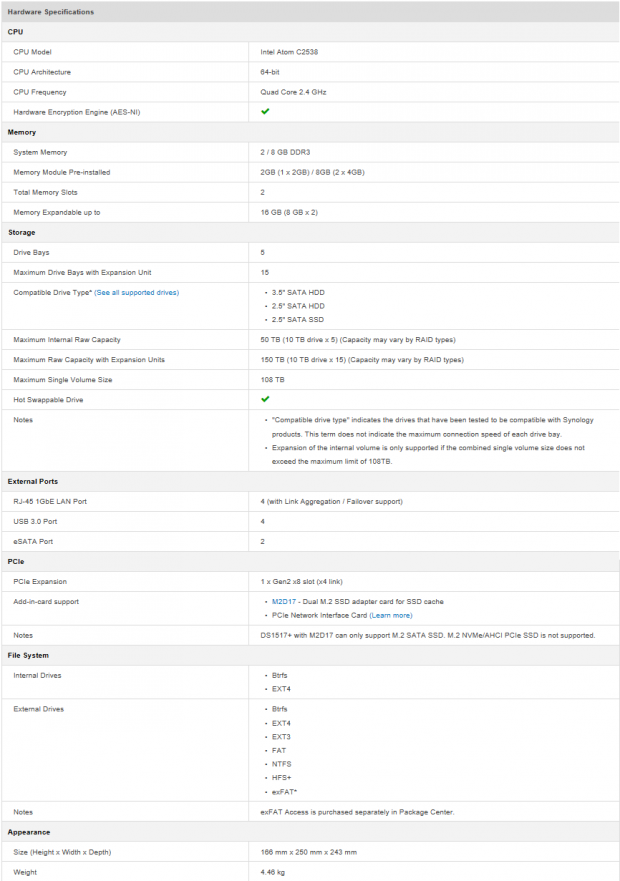 Hardware specifications start off with the Intel Atom C2538, a Rangeley platform solution operating at 2.4GHz over four cores. This CPU features a 64-bit architecture and hardware encryption engine. The DS1517+ comes with two flavors of memory capacity. A 2GB model and 8GB model both are expandable up to 16GB via the SO-DIMM slots. As mentioned above, this is a five-bay unit with an additional ten bays of expansion available to it. It supports both 2.5" and 3.5" HDDs and 2.5" SSDs.

Maximum raw capacity sits at 50TB using 10TB drives and 150TB with dual five bay expansions. The single volume capacity limit is 108TB while being hot swappable. LAN connectivity includes four Gbe ports found on the back of the unit while four USB 3.0 and two eSATA ports are available. There is one PCIe slot available for expansion using a Gen 2 x4 interface giving 2GB/s of available throughput. 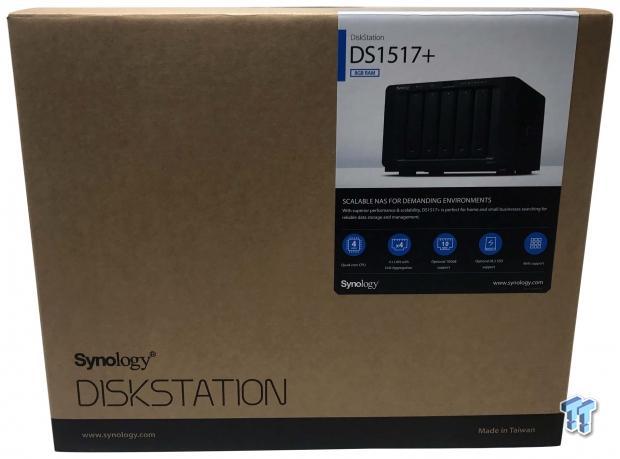 Following Synology trends, the packaging is still the brown box and a sticker to the right. This sticker houses all the necessary information along the bottom including the model and submodel at the top left. 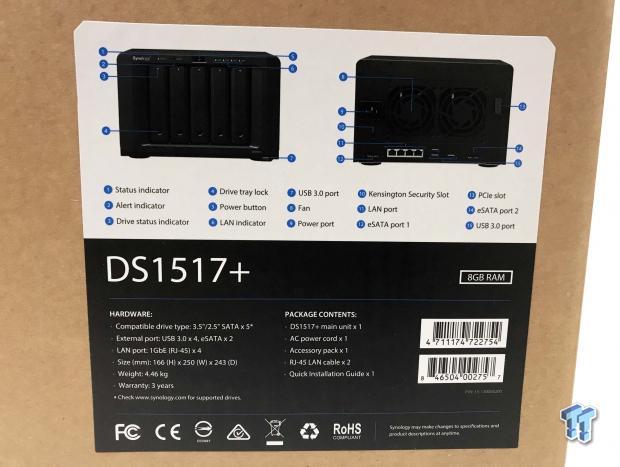 On the backside, we have a diagram and product callout along with package contents. 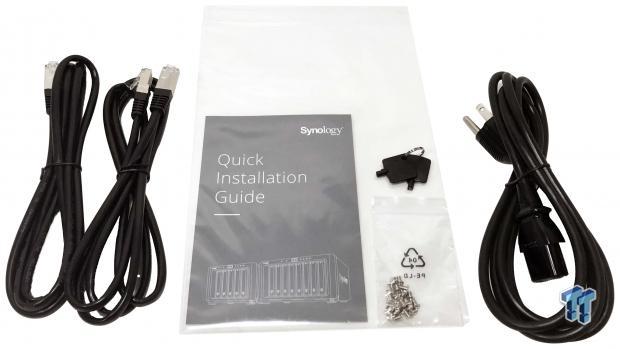 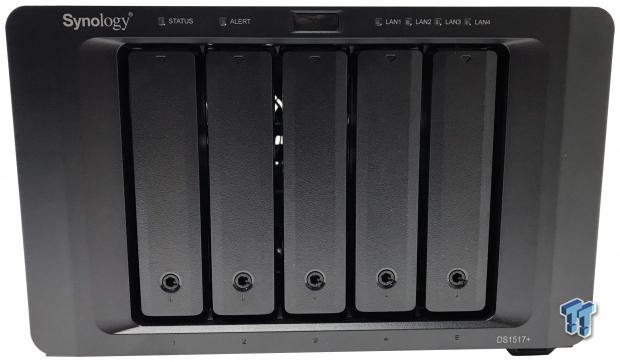 The front of the unit houses all status lights along the top of the bezel. Each drive tray has its own locking mechanism. At the bottom right, you will find the model number and top left Synology branding. 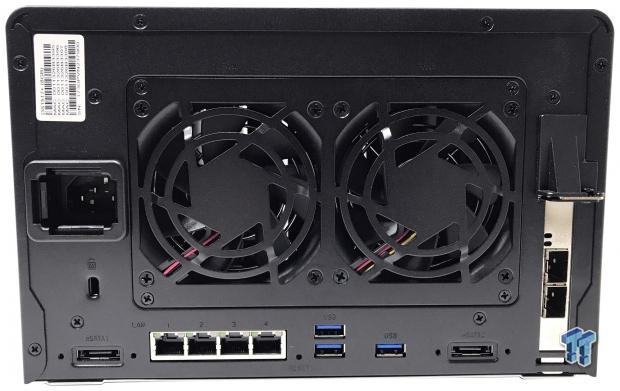 The backside is quite busy for this solution. Power input at the top left followed by dual 80mm fans. eSATA starts the second row and is followed by four Gbe LAN ports. Next, we have three USB 3.0 ports and another eSATA expansion port. In our PCIe slot, I have the Mellanox ConnectX SFP+ 10Gbe NIC ready for testing. 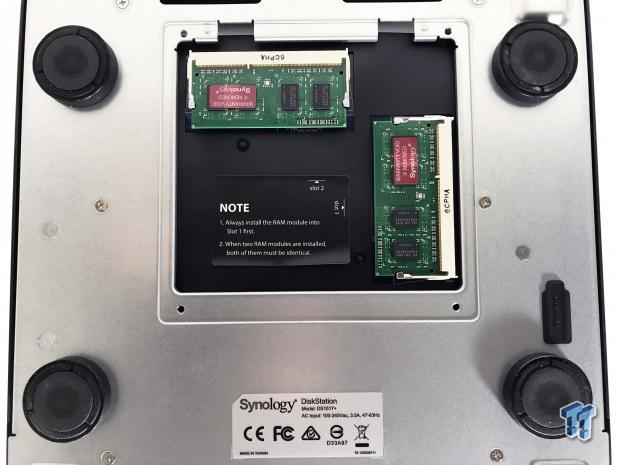 Making things quite a bit easier, Synology has placed the memory modules on the bottom of the NAS. With the quick removal of a few screws, you can swap out RAM sticks. 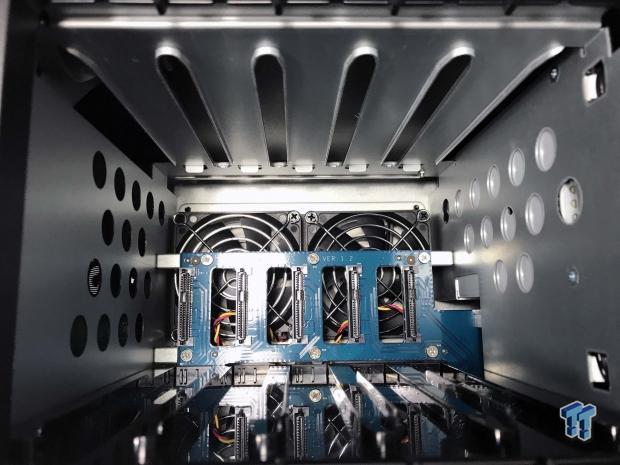 Looking at the backplane, we have an SAS compatible solution with a v1.2 silkscreened on it. 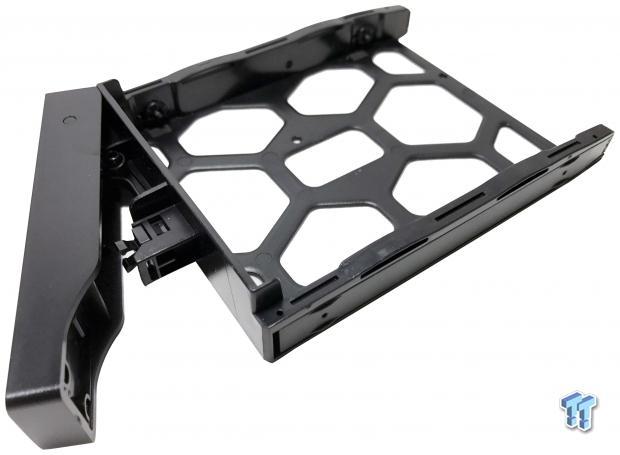 The drive trays are 100% plastic and tool-less. 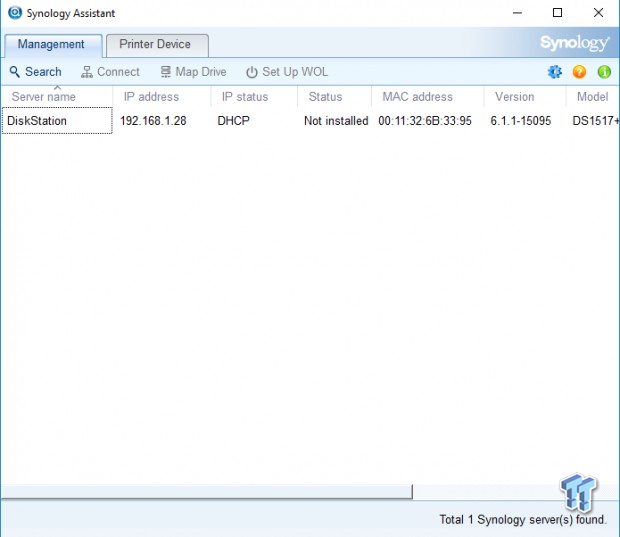 The Synology Assistant aides in setting up our appliance. Once installed this application will search your Network for any Synology NAS and start the setup process 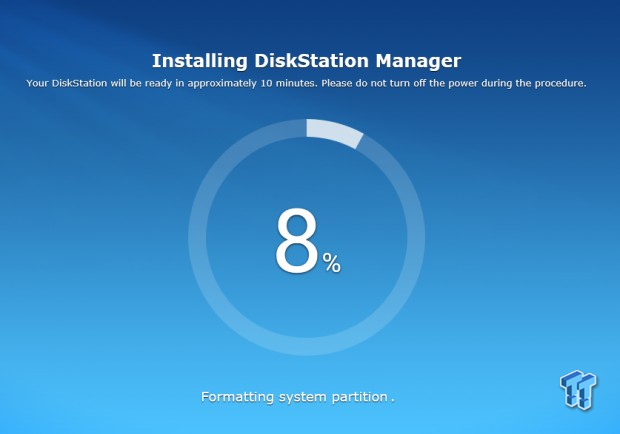 DSM setup takes around 5-10 minutes. It will ask a few questions about location and what packages you want to be installed and then commences those changes.

The desktop for DSM6.1 houses a few icons to the left for installing packages and looking over your files in File Station. At the top left, you can click the four-square icon to get further options.

Those options include storage manager, HA manager for NAS failover and support center to name a few. 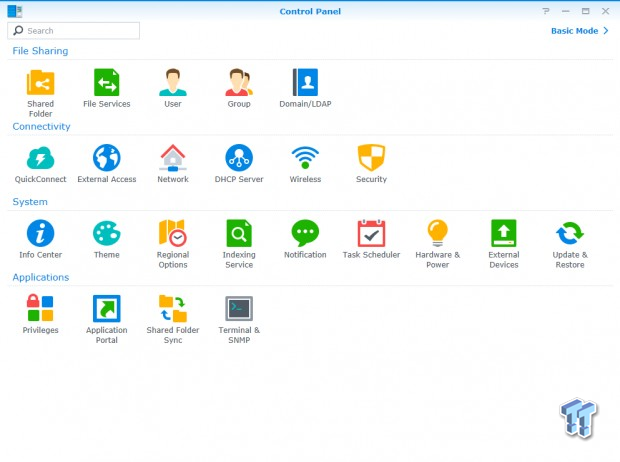 Control panel includes options for managing users and groups and even shared folders. You get connectivity options with network manager and wireless options if you happen to be using a WLAN adapter. Hardware and power along with indexing and external device manager are available near the bottom, and all NAS updates can be managed via the Update and restore link. 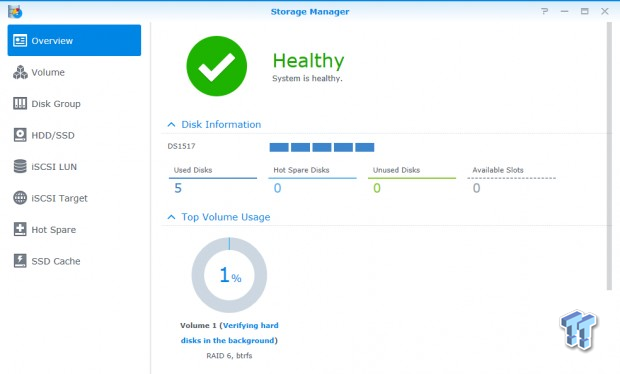 Storage manager gives you volume and disk group access. iSCSI is also made available to this menu as is SSD cache and Hot Spare. 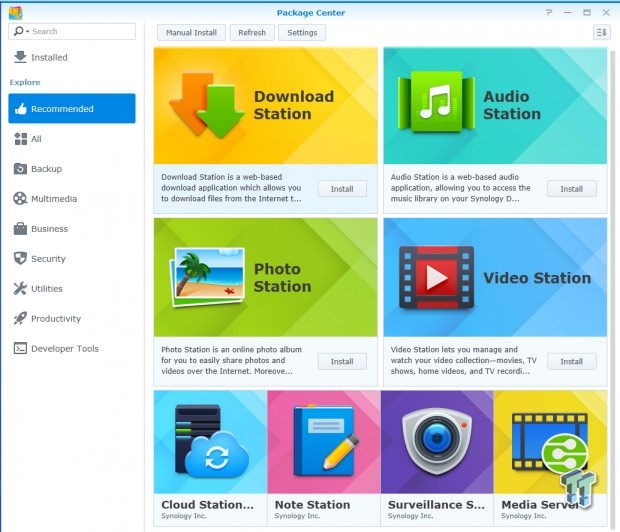 The package center has a solid number of offerings including Synology's own apps seen above to the right. 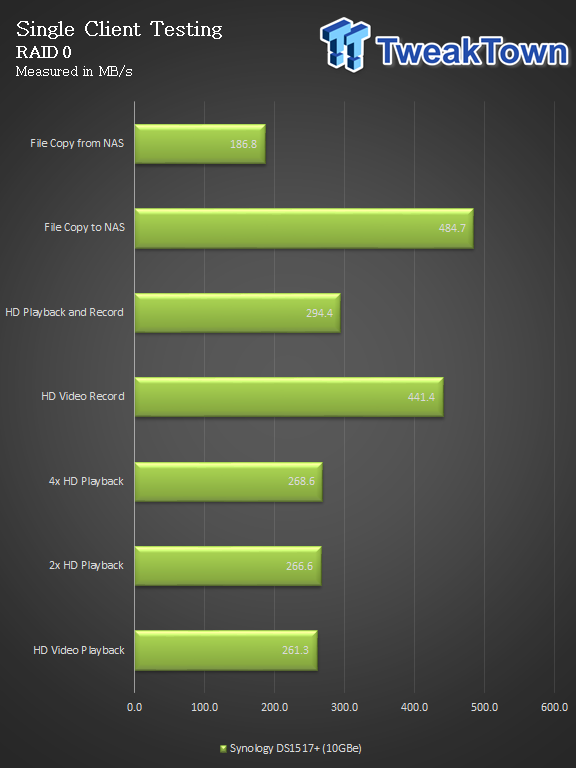 Testing began with our single client testing with NASPT. RAID 0 shows decent performance from the 1517+ starting with playback operations ranging from 261 MB/s to 268 MB/s. Record jumped to 441 MB/s while File Copy to NAS was the peak at 487 MB/s. 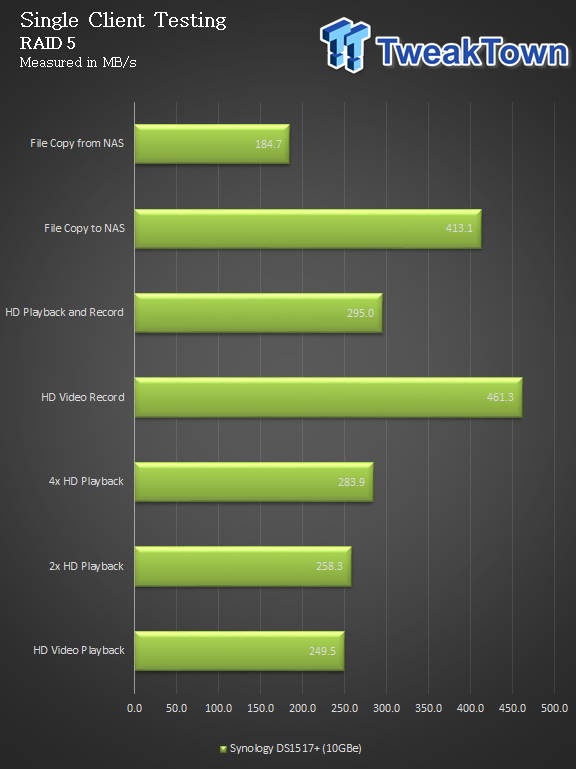 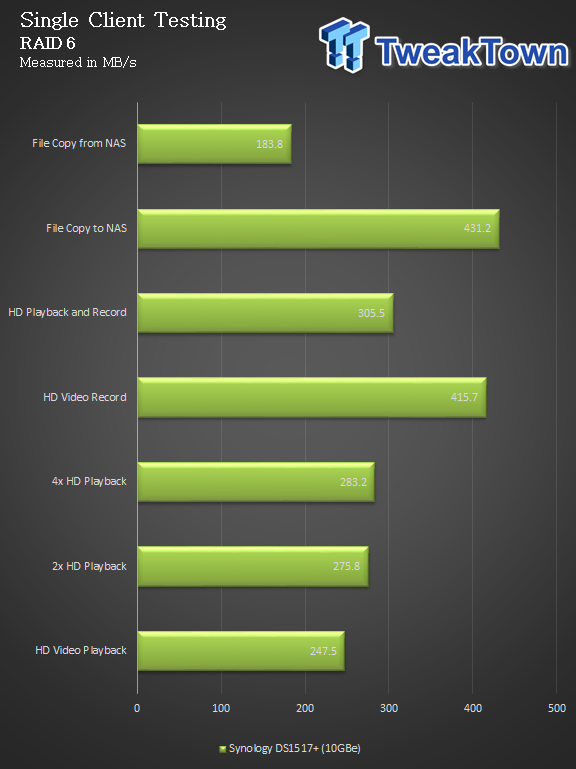 Our Sequential read/write workload is centered on 128K transfer sizes with QD ranging from 1 to 128. 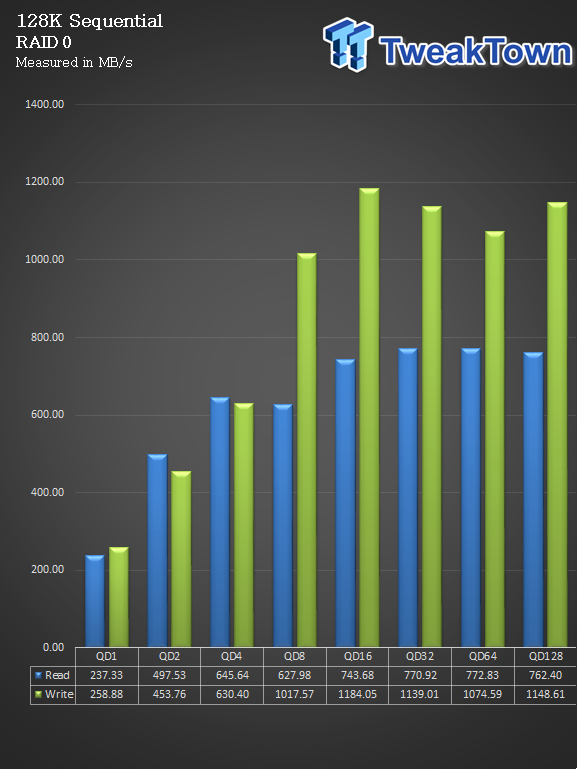 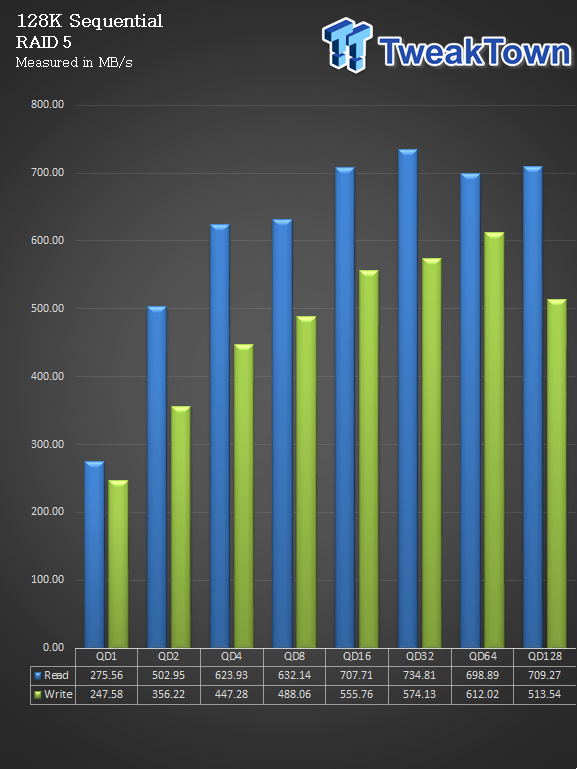 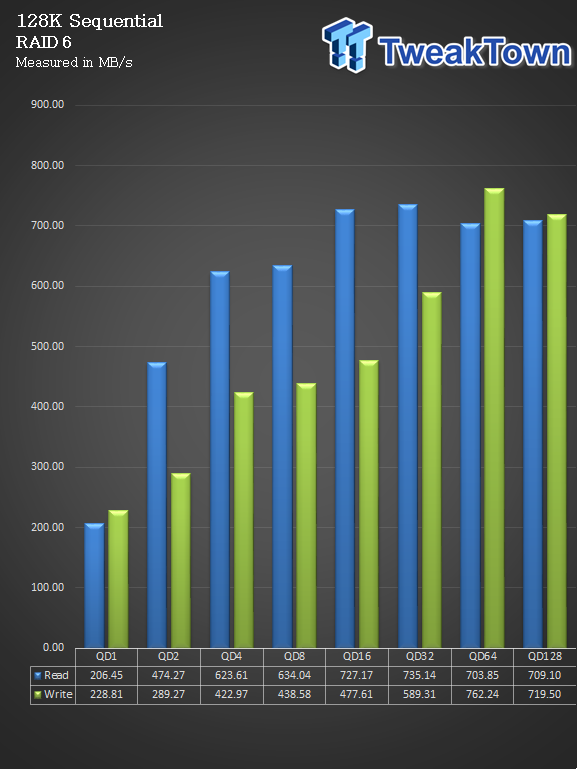 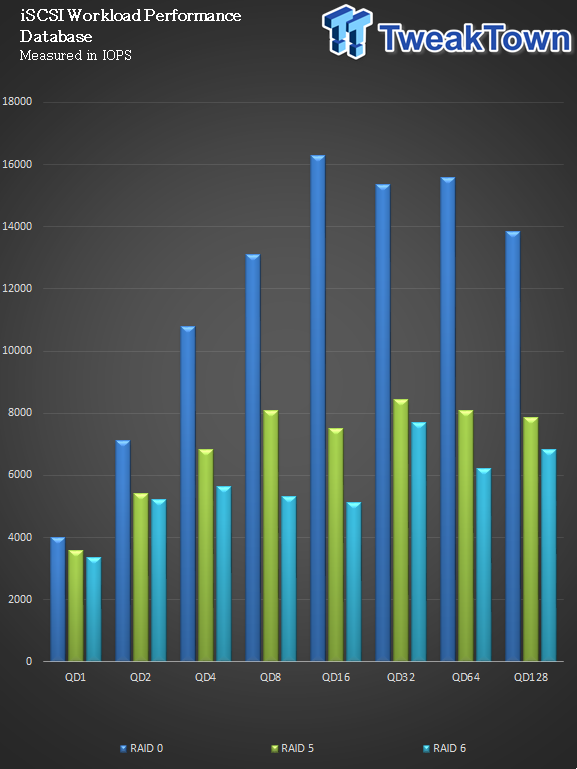 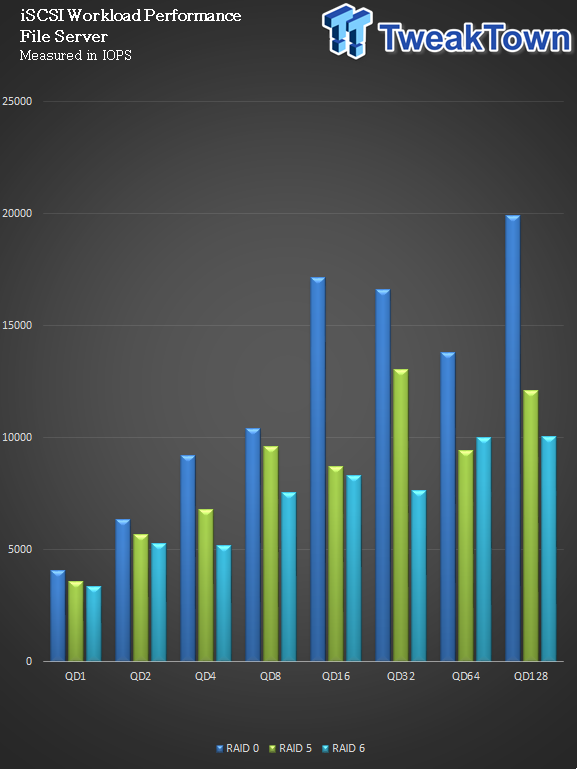 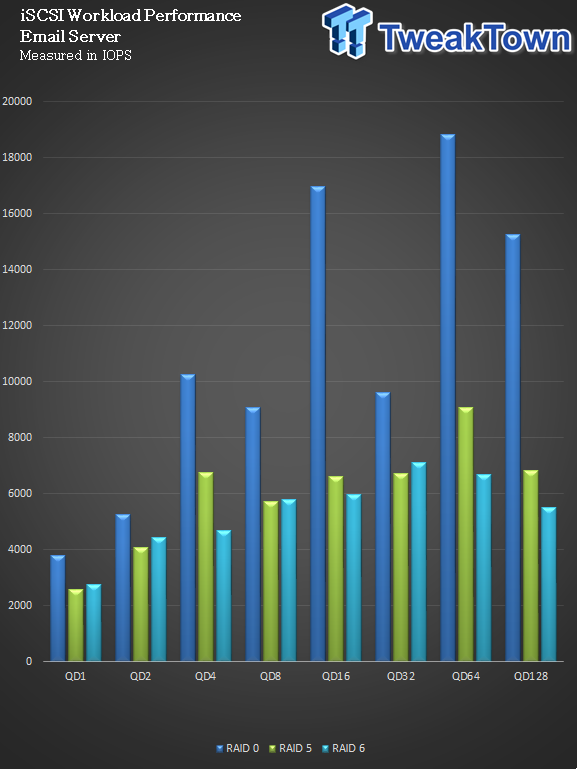 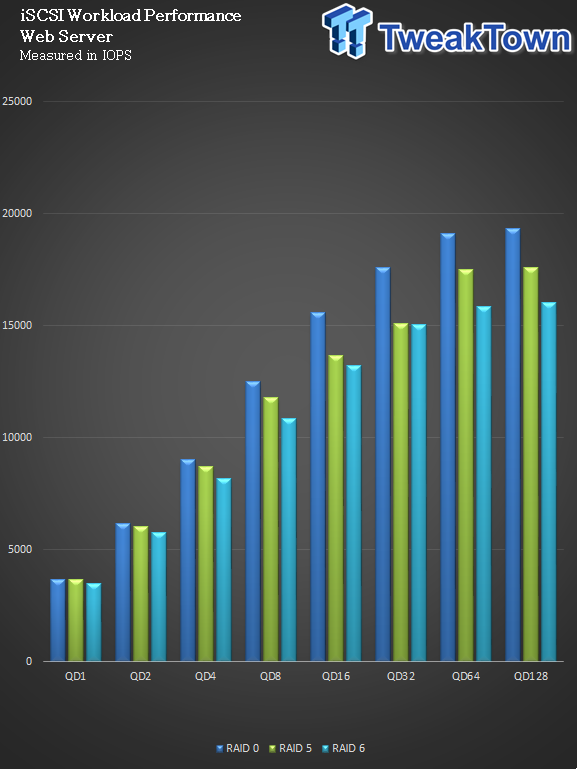 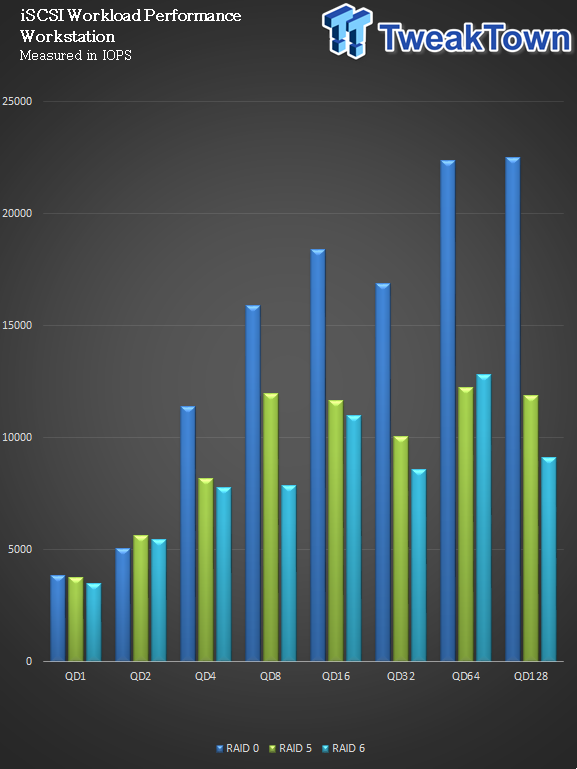 Synology has done quite a decent job with the DS1517+. Of course, it's the first of what will be many 10Gbe solutions to make their way through the lab, so we aren't quite sure where it stands on this vacant landscape. I do have a few units on the way from other vendors, so that will surely be put to the test in the coming weeks, but for now, I can say the Synology showed a solid start for our 10Gbe testing.

Build quality is always rather solid for Synology units; we do get some on the lower-end that has thinner plastics or custom designed enclosures. With these larger bay units, the enclosure is mostly reused year after year, so there isn't much to change other than a quick swap of the rear I/O. With the DS1517+, the drive bays still click shut with ease, the locks turn without issue and it's a relatively noise free unit with two 80mm fans spinning efficiently.

The performance was interesting to see. NASPT wasn't very friendly as far as workloads are concerned but again NASPT has been around for quite a while and not very likely to be optimized for 10Gbe testing. Sequential performance confirmed we were receiving full 10Gbe throughput reaching 1200 MB/s in RAID 0 while RAID 5 topped 700 MB/s and RAID 6 700 MB/s as well.

These NAS systems are evolving every day, as new platforms emerge from Intel and others, it's easy to see it won't be long before 10Gbe is the norm. As I write this, I have the Annapurna Labs-powered DS1817 on the test bench with preliminary results showing some pretty strong numbers for a value-based eight-bay appliance.

It will be interesting to see how the Synology appliances stack up against the competition in the weeks and months to come.

The Bottom Line: Synology's DS1517+ is a solid entry into the high-performance, five-bay NAS segment. Adding in a 10GBe NIC can dramatically increase that performance and this NAS is ready for it.