Yet another great idea in the FUEL iON series from Patriot, but this battery pack really falls down when used in real life, unlike the rest of the products in the series.

Yes, another accessory in the Patriot Memory FUEL iON series; we'll be covering the magnetic 2100 mAh battery pack today. If you've read any of our other reviews, you will have noticed that I'm personally a huge fan of this series as a whole, offering you a brilliant alternative charging solution providing you have a supported phone model.

As with every other accessory we review, there's a few criteria and questions that this product will have to fulfil and answer - what does this product provide that the traditional products do not and is it set at a reasonable price point? We've touched on in all of these reviews that the Patriot Fuel iON series has some awesome ideas and implementation, but the price has been just a little too much.

Featuring a 2100 mAh internal battery and the ability to charge compatible devices through the power of magnetic charging, you can expect 99.5% efficiency when compared to regular cable charging. However, if you're looking to lend a hand to a friend, there is also a singular USB output port located on the side of the device. 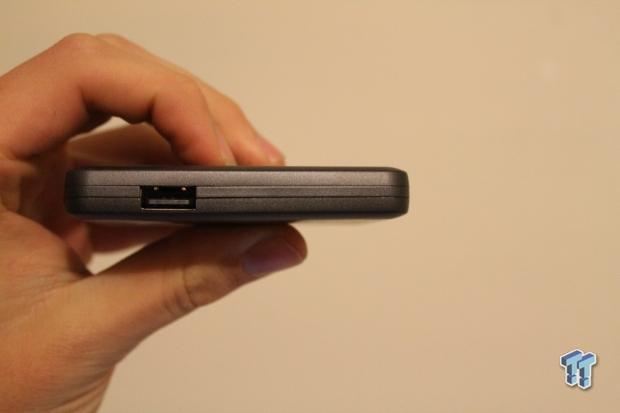 Thanks to the magnetic connection, this cable will be able to charge your phone at any angle within a 360 degree spectrum, as long as a connection is continued, matching the service offered by every other accessory in this range. You charge this product through magnetic charging, meaning all other accessories that are compatible with your phone will suit this product just fine. 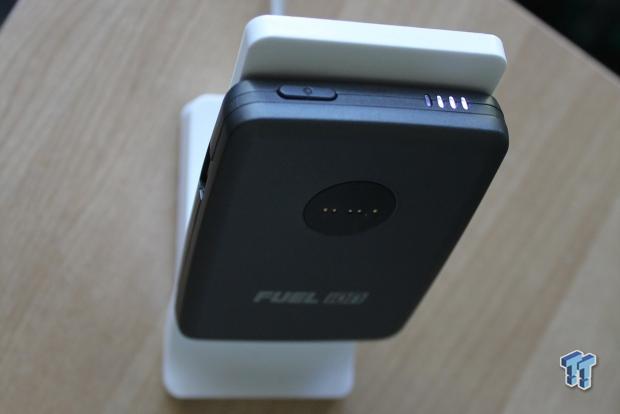 The discharge rate of this device is limited to 1.0A, meaning it's twice as fast as your general USB port, but falls short when compared with a wall-charger or many other portable battery packs.

Setting you back $49.99 with free shipping from Amazon, this product is undeniably useful, but once again a bit pricey.

The extremely simple package consists of a charging cable, quick-start manual, and the battery itself. 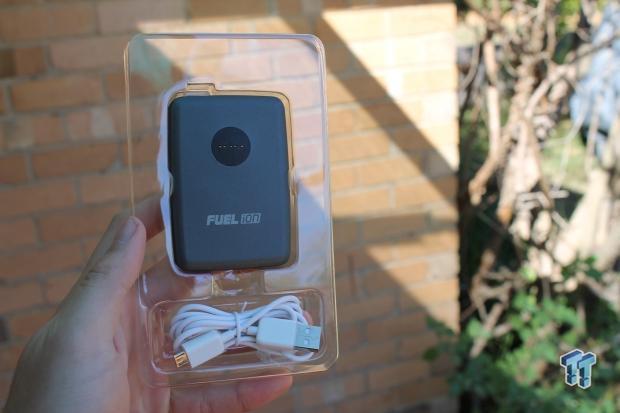 The included USB cable is of adequate length and not quite as thick as the rest of the offerings, meaning you can route it easily and bends in the architecture due to being folded up don't matter as much.

PRICING: You can find the Patriot FUEL iON 2100mAh Magnetic Power Bank for sale below. The prices listed are valid at the time of writing, but can change at any time. Click the link to see the very latest pricing for the best deal.

How it works, What's Hot, What's Not & Final Thoughts

As with all of the FUEL iON series products, this product is also well constructed and looks great. 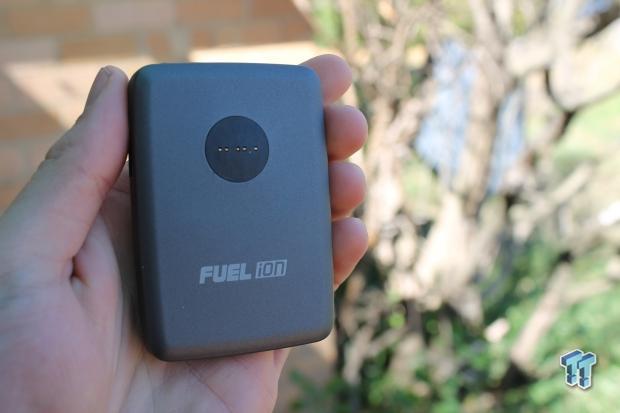 Cable charging connections will always break around the connector alongside there being the issue of breaking the sole input port located on your mobile device. Magnetic charging gives you invaluable protection against these ailments and is something I will not look past ever again.

The magnet once again has a solid connection on the device and can be used at any 360-degree angle, this goes for both sides of the product - be it the input or output ends. If you're feeling extremely adventurous, you can even attack this to your charging stand and your phone on top of it again. See below for further explanation. 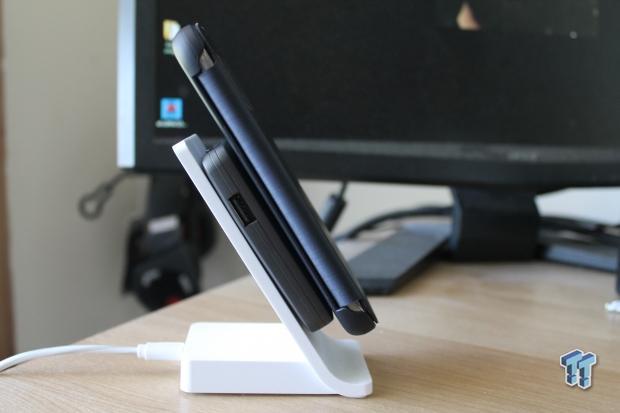 But when testing it at home and when in use on the road are two completely different things. While travelling on public transport into the city, I had a hard time keeping my phone on constant charge, meaning almost all slight bumps of the charger will see it connect and disconnect the charging flow.

Sometimes with the other iON accessories, you'll see a small disrupt in your charge if the phone is bumped or placed on the charging platform a little askew - however, these stands are sitting in one spot on top of a table, not travelling along bumpy railway tracks or public roads. I'm not exactly sure how Patriot could rectify this issue, maybe the charging contact surface needs to be larger.

It seems that the benefits are almost unlimited between this style of cable and your general micro-USB option. As mentioned previously, your cable is less likely to break or fray and the micro-USB input port on your phone stays safe. It's quite disappointing to note the 1.0A output speed though, if you're running a phone with a large screen like an iPhone 6 or Samsung Galaxy S4 with internet and GPS activated, you will likely see your device slowly drop battery percentage over time. 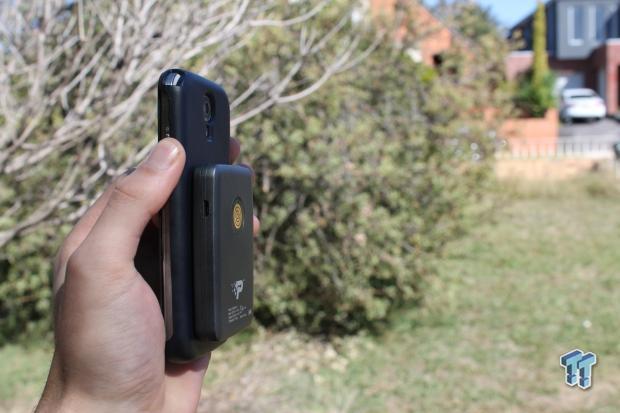 The size is also of concern. Rated at 2100 mAh, it's half the amount as most recommended portable battery packs. Due to high use of phones in this day and age, most companies opt for 4000 - 5000mAh as the minimum capacity, due to this is larger number being around 180% of a phone batteries capacity. 2100mAh may be great for day trips by yourself, but if you're also looking to help out a mate with some charge, you will find yourself running on empty sooner than expected.

The size of the product seems to be designed in a way that the phone rear-facing camera can be used while charging, which is a good idea in theory. However, because the battery is smaller than the phone, it's a little hard to hold whilst on charge. A battery pack that mimics the size of your product is generally recommended as you're going to be able to easily use the phone and charge at the same time.

Here's a handy little guide on how much you can expect out this charger when coupled with various devices to give you a general idea of what 2100mAh will provide you with. We're also taking out any losses that may occur through transfer with the following calculations.

Sturdy: This product will outlast your phone and feels solid. 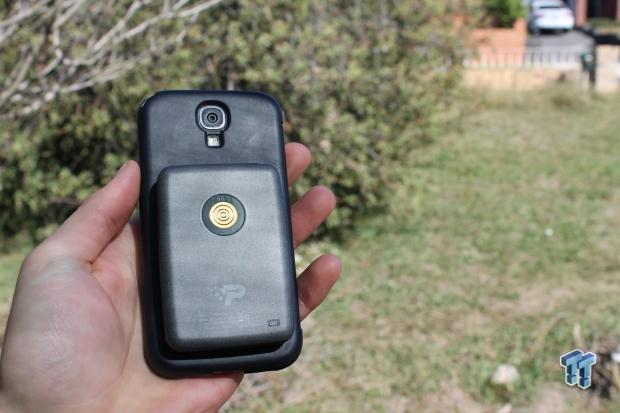 Easy to use: It can charge your phone at any angle as long as the connection is kept solid, no more annoying USB cable sticking out of the bottom of your phone and breaking.

The connection: When travelling you may come across issues keeping the phone on charge - I certainly did. 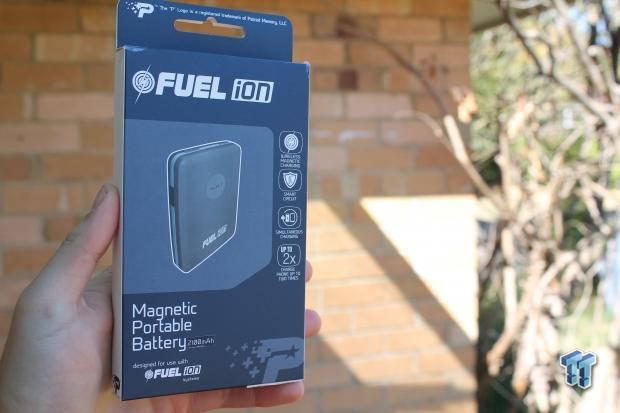 Weak output speed: With a 1.0A rating, expect your larger-screened phones to start dropping battery percentage when under heavy load.

The cost: If Patriot could take $15 or so off the price, it would be much easier to recommend.

The capacity: 2100mAh doesn't really cut it in this day and age, we're really looking for 4000 mAh plus.

It seems that Patriot should go back to the drawing board and work on enhancing some of the features and price before re-releasing it. The fact that magnetic charging is so useful helps drive the total score up quite a lot, but the pitfalls come around the battery size, connection instability, and slow discharge speeds. 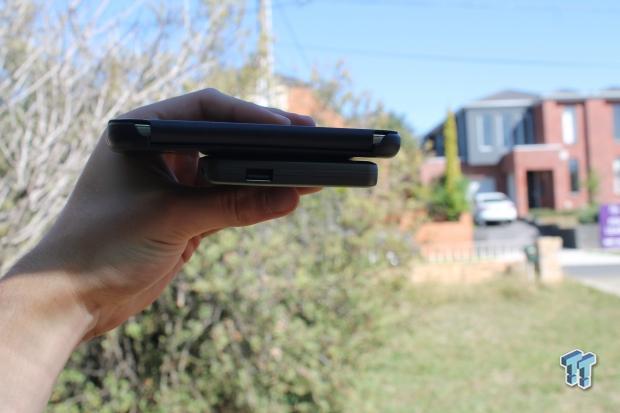 As much as I want to give this product a TweakTown editor's choice award, as I have with most others in the series, the pitfalls mentioned above prevent me from doing so. As useful as magnetic charging is, the price mixed with 'average' features and tricky charging makes it hard to recommend. 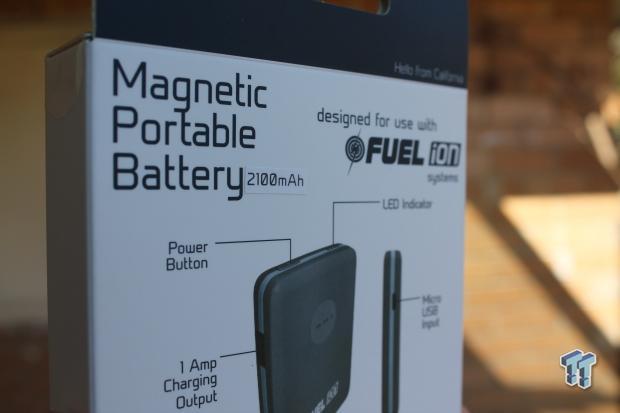 PRICING: You can find the Patriot FUEL iON 2100mAh Magnetic Power Bank for sale below. The prices listed are valid at the time of writing, but can change at any time. Click the link to see the very latest pricing for the best deal.

The Bottom Line: Yet another great idea in the FUEL iON series from Patriot, but this battery pack really falls down when used in real life, unlike the rest of the products in the series.