We have seen a few smart plugs come through the lab over the past six months. Each of those units, which include the W110 and W215 from D-Link, offered a respectable amount of features and were backed by a well-rounded app for both iOS and Android.

Today, we take a look at a similar product from a new vendor that has been in the market for quite some time and has gained a worldwide presence. Efergy, whose name comes from the infusion of efficient energy, offers a great deal of intelligent monitoring products, one of which is the Ego Wi-Fi Smart Plug that is in the lab today.

The Ego from Efergy is a network connected smart plug that enables users to monitor and control any appliance from their tablet or smartphone. Much like other smart plug solutions, the app is a large part of the experience, for the Ego we have both iOS and Android support. Specifications for the Ego allow the unit a voltage range of 90 to 250v with a maximum current of 15A. Dimensions for this device come in at 120mm x 44mm x 71mm weighing just 198 grams.

MSRP of the Efergy Ego sits at £39.95 with a one-year warranty. Currently the Efergy Ego is not available in the US market, but in speaking with Efergy, we expect a release in the coming months. 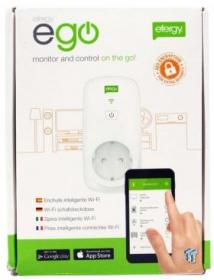 Packaging for the Ego shows an image of the smart plug on the front of the box. Down below, we have advertised support for both iOS and Android, along with descriptions in several languages. 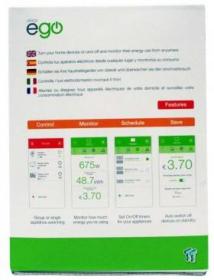 The back of the packaging goes into further detail about the smart plug, and down below, a few images from the app showing off a few of the features.

The Efergy Ego smart plug is a rather oddly shaped smart plug, being more elongated than previous solutions we have seen. The left side houses the standard US receptacle, while the right side houses a small power button and Wi-Fi indicator.

The backside houses just the plug for the ego and regulatory information to the left. 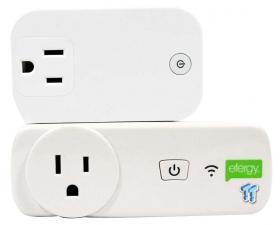 Above, we have put our W215 from D-Link with the Ego from Efergy. As you can see, the Ego is much longer than the D-Link solution, but at the same, isn't nearly as tall. This aides in placement, as no matter where you install the Efergy solution, you won't block an adjacent receptacle. 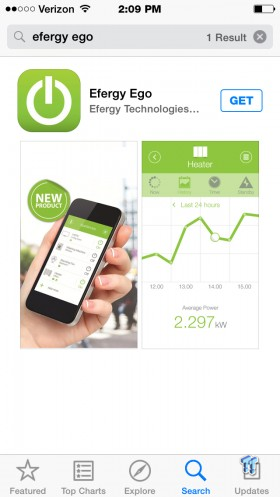 Here we have found the app in the store on iOS. 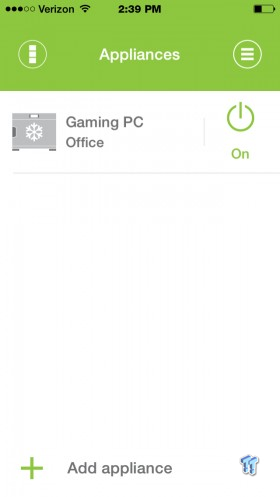 Setup of the Ego is rather simple: you install your plug, install the app, and search for your device. After that a few more screens and you will land here at your device. As you can see, we set this unit up on one of the gaming machine in the house. 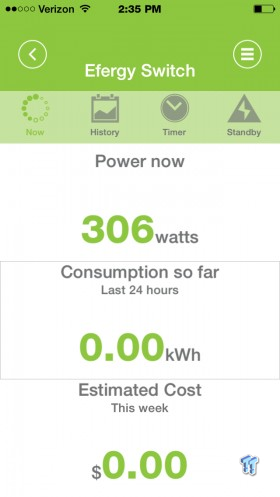 One thing I did find unique about the Ego was the ability to watch a live feed of the power consumption. There appears to be updates once every five seconds or so, but it is much better than the constant back and forth we had to do with the D-Link solutions. 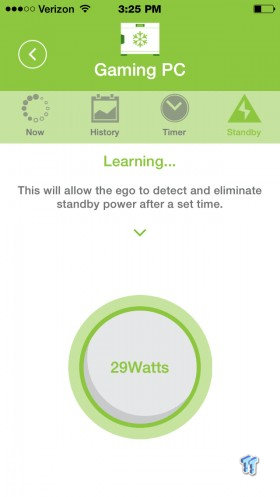 In addition to monitoring power, the Ego has the ability to eliminate standby usage as well. Above, we have turned our PC and monitor off and allowed the Ego to monitor how much power our device is using. It will then shut down power completely when the power consumption reaches 29 watts, saving you more power when devices aren't being used.

The Efergy Ego is probably one of the better smart plugs on the market. It certainly has the features needed to make it a market leader, including live feed of power usage, along with standby cut-off and the ability to schedule devices to be turned on or shut off. Build quality for the Ego is strong. The plastics all fit together quite well and look good, although the pearlescent design on the front of the device wasn't my cup of tea.

Performance of the smart plug was great while we were setting the unit up and I watched the unit for several days as it monitored the power draw from the gaming machine. However, after four days of use, I noticed the plug had dropped from the network and was no longer accessible from the app. To remedy this, I had to unplug the device and set it back up again, almost like it lost its memory or took an update I was unaware of.

Overall, minus the small setback I mentioned above, the Ego has been a rather solid piece of kit. I really like some of the innovative features Efergy has brought to market with this solution and hope they continue on this path.

The Bottom Line: Efergy's Ego is one of the best performing smart plugs we have used. The live monitoring of power use is only one of the handful of unique features packed in this ball of power.