Did you know that the RAV in RAVPower stands for Reliable, Affordable, Value? Neither did I. Well, the company sent me its impressive RP-PB14 Xtreme 23,000mAh Portable External Battery Charger. I didn't think much of it, until I took it out of the box. Below is an unboxing #throughglass.

So, instead of walking you through what we have in the box, there's a video you can watch through my perspective wearing Google Glass. Going into the future, I'll be doing this with all of my products as it's a great way of doing an unboxing versus a few pictures.

Now to a take a look around the RAVPower RP-PB14 Xtreme 23,000mAh Portable External Battery Charger, which we'll call RP-PB14 from now on for the sake of this review not going on to 10 pages just to write the correct product name every time. 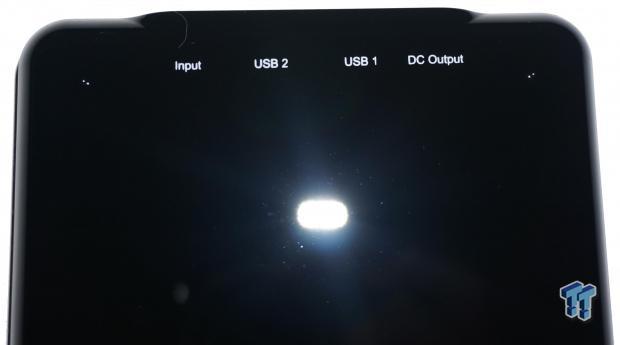 On the top of the RAVPower RP-PB14, we have an LCD screen that displays the power level, charging status, and voltage selection. There's also a power button that turns the device on and lets you switch between voltages for when you're charging your notebook or Ultrabook through it.

There are 10 notebook connectors, with the models displayed above compatible with the RAVPower RP-PB14. I used a Lenovo Yoga 2 Pro Ultrabook without a problem, which is a huge positive for me, as that is my Ultrabook of choice. 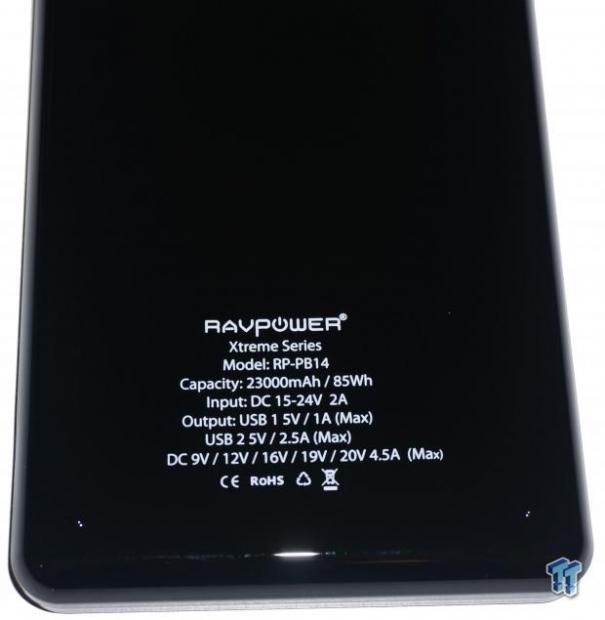 I wanted to use the RAVPower RP-PB14 in two different ways, sucking the juice out of it with just mobile devices like my smartphone and tablet, and then again mixing it up by charging my Yoga 2 Pro out of it. First, I charged my smartphone off of it for over a week. 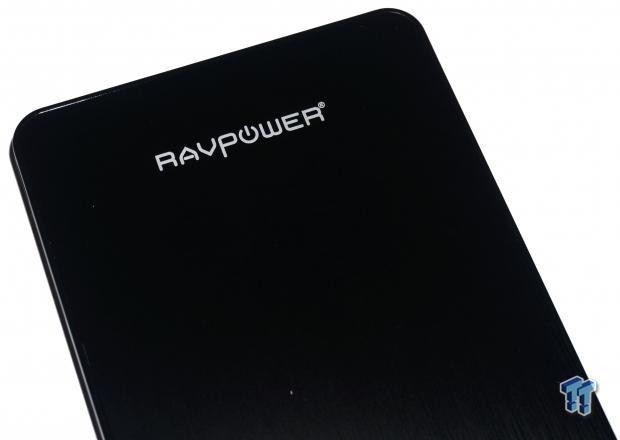 Right now, my daily driver is the Sony Xperia Z2 smartphone--which is a beautiful, beautiful handset, by the way--for 7 days straight. I had the Z2 down to around 10-15% every night, throwing it on charge and letting it get to 100%. I would take it off charge and repeat this every night for a week. The RAVPower RP-PB14 was pushed down to 0% after day six. Keep in mind, the Xperia Z2 has a 3,200mAh battery.

I continued using my Y2P writing news for the site, listening to tunes through Spotify at around 50% sound level, and my screen (3200x1800) at maximum brightness. The Y2P charged up to 100%, while the RAVPower RP-PB14 was drained to 0%. This took around 2 hours to fully discharge, but your results may vary.

The ability to charge my Ultrabook with a mobile battery is something that really adds serious points to the product. The RAVPower RP-PB14 has become my new default charger because of this, and it will be treasured when I go away for work, as I can have an emergency battery sitting in my backpack. I won't need to tote around my laptop charger cable during the day anymore as I will get around 1.5 hours or so out of the RAVPower RP-PB14 for my Y2P.

23,000mAh of Portable Charging: 23,000mAh of portable battery is enough for most people; it will top up your smartphone and tablet for a few days without breaking a sweat. The best bit is that there are two USB ports and DC output for charging your notebook or Ultrabook. 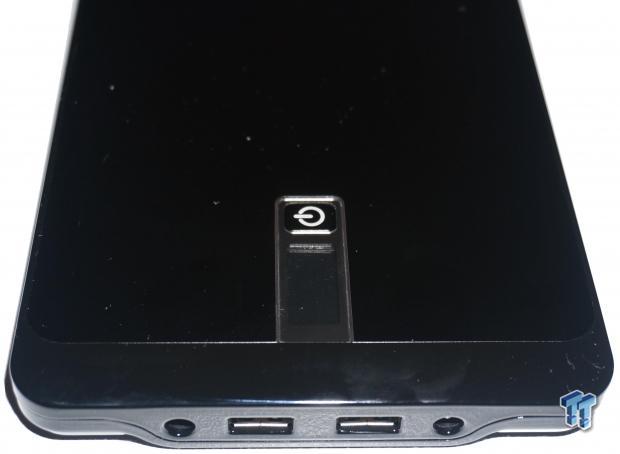 LCD Screen: The LCD screen is a big win for RAVPower in my eyes, as it differentiates them from the rest of the portable battery manufacturers. I can quickly glance over at the RAVPower RP-PB14 and know exactly how much charge it has. LED lights are great and all, but they do not show the exact amount of charge like the RAVPower RP-PB14.

No Retractable/Built-in Cables: A single retractable built-in USB cable would've been nice, but I have to be honest, I'm nitpicking here. The RAVPower RP-PB14 is close to perfect in my eyes.

There are a lot of restrictions going higher, with regulatory bodies not wanting you to tote around 40,000+mAh on a plane, for example.

If you're after a portable charger for your smartphone and tablet but have a compatible Ultrabook or notebook that you'd also like to charge, there's nothing better than the RAVPower RP-PB14 right now.

PRICING: You can find the RAVPower RP-PB14 for sale below. The prices listed are valid at the time of writing but can change at any time. Click the link to see the very latest pricing for the best deal.

Canada: The RAVPower RP-PB14 retails for CDN$99.99 at Amazon Canada. 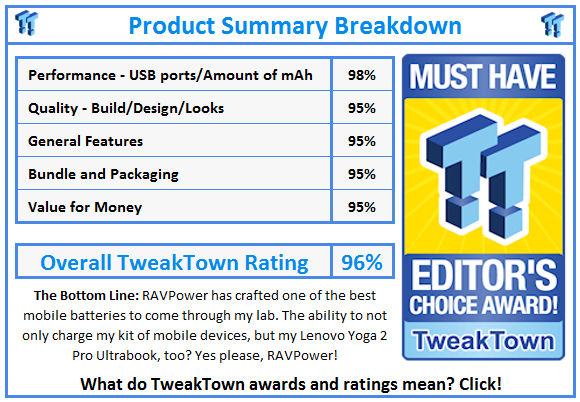