I absolutely love mobile rechargeable batteries, and truly live on them when I'm out and about. I use various smartphones being the Mobile Devices Editor for TweakTown and find myself constantly running low on battery at the worst of times. 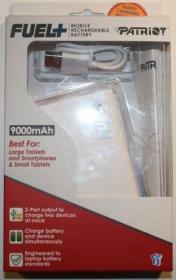 Just before Computex kicked off, I received an e-mail about Patriot Memory's new FUEL+ mobile rechargeable battery. I was intrigued when it mentioned it had an insane 9000mAh battery rocking inside of it, and I had to have it. 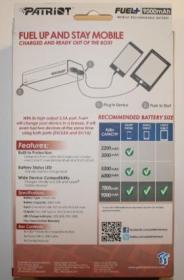 One of our other editors, Shawn Baker, had a meeting with Patriot Memory during Computex, so I asked him to get me in contact with them about getting a sample. He did, and a few days after I landed back in Australia, I had a FUEL+ charger in for testing. 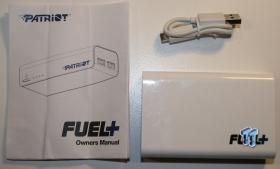 The FUEL+ charger looks slick, with its white and red design. It features two USB ports. One is 2.5 amps, which charges devices very quickly, while the other is just 1 amp. The 2.5A port can charge up an iPhone 5 in less than two hours from ~10% battery, and can charge up a Galaxy S4 in around the same time, at around 10% battery.

The results are impressive, and better yet, with two USB ports, you can charge two devices at the same time. The 2.5A port would be used for the bigger, badder device, such as a tablet, while you used the 1A port for your smartphone. This can all be done while the FUEL+ itself is being kept at full charge, with its microUSB port on the back of it. 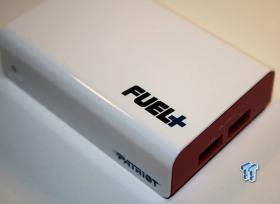 I actually use this method myself, keeping it on my desk at all times, fully charged and I keep my current smartphone - Samsung's Galaxy S4 - plugged into it to keep both devices at 100%. I took Patriot's FUEL+ with me on my trip to Melbourne for PAX Australia 2013, where I was impressed with it.

Sure, you always hear about these mobile rechargeable batteries that can charge your devices, or more than one, or over and over for days and days - but this is the first of which where I could actually do it, and test it on the road.

I left on a Thursday night, with my S4 and FUEL+ with me, and charged my S4 at around 60% on Thursday night. It was at 100% in the morning, and I went into PAX snapping pictures, using Facebook, and the usual applications and phone calls I make on a day-to-day basis. 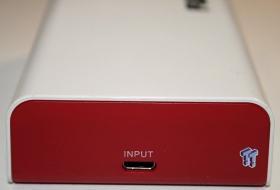 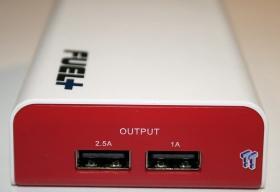 Back to the hotel again, I had 35% charge left on my S4. I charged it up once again and left for Saturday shenanigans at PAX AU with 100% battery. I got back at around 8pm that night, and put my S4 on charge when it was at 30% battery. It charged up to 85% and the FUEL+ was flat. 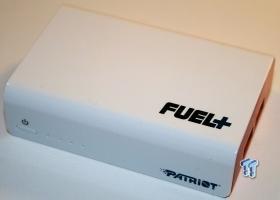 This means that the FUEL+ kept my S4's charging needs without an issue, from Thursday night through to Sunday morning. This achievement in itself, blew me away. I didn't need to plug my Galaxy S4 into a power outlet whatsoever, which makes the FUEL+ charger the perfect device for someone who is travelling for a few days.

No need for a pesky power connector and cable, just bring your FUEL+ with its smaller microUSB cable and away you go. 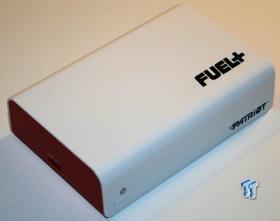 It looks great, doesn't weigh that much, and it was the absolute champion accessory for my weekend at PAX Australia 2013. Patriot Memory, you won me over with your FUEL+ charger - you really did. If you're after a mobile device charger, look no further than Patriot's FUEL+ charger, with 9000mAh, you won't be running out of battery anytime soon!