When I was initially contacted by Mach Xtreme to have this sample sent over, we discussed the possibility that this drive may be the first SLC based flash drive we have tested. Since then I have looked back at all my previous articles and found that there was, in fact a previous drive that used single layer cell NAND and that was the Lexar Triton we reviewed just a month back. That is just one out of the five we have seen, leading us to the conclusion that SLC drives aren't all that common anymore, being replaced by MLC and TLC counterparts.

The MX-ES is the latest flash drive to come out of the Mach Xtreme camp and if we are judging the "book" by its cover than you wouldn't think this drive is anything special. The MX-ES aesthetically looks like a "generic" flash drive, but what it has going for it internally is another story. Before we dig further into the review we must go over the OS compatibility of the drive and its included warranty. For this we find Windows XP, Vista, 7 and 8 along with Mac OS X listed. Warranty of the drive is set at five years.

As I stated in the opening the MX-ES is a rather simple drive. Nothing about it would make you think it's anything special besides its metal flake paint job.

The flip-side of the drive shares the same scheme as the front, just a simple MX-Technology logo. 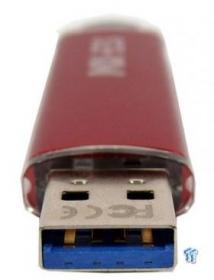 The MX-ES being a USB 3.0 flash drive has its port colored blue.

Opening up the drive we find the flash controller on the left and NAND to the right.

The backside houses another 16GB NAND package. There is no FCBGA code, nor did we find any other identifying marks on this NAND, but using tools find on the internet we figured out that it is Intel 8K SLC synchronous NAND. 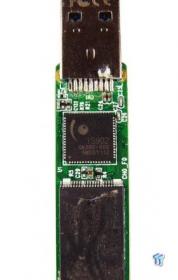 The controller for this drive is the Innostor IS902. It supports a 2 channel 8-bit NAND flash interface and complies with ONFI 2.2 specifications. 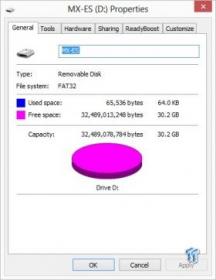 Plugging in the MX-ES we were greeted with 30.2GB of usable space. The drive is formatted with the FAT32 file system from the factory.

One of the lesser known features of running Microsoft's new operating system Windows 8 is the native capability of USB Attached SCSI or UASP. To start my benchmarking procedure I secure erased the MX-ES, as I do all drives I test. 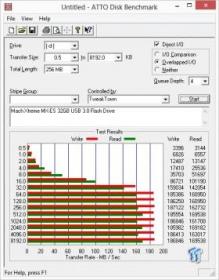 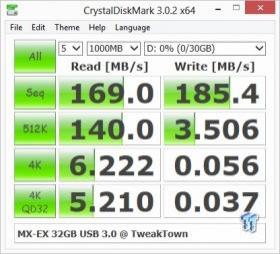 As we have seen in previous reviews ATTO and CDM most often share the same results and the MX-ES was no different. We pulled 169MB/s read and 185MB/s write in sequential testing. QD32 gave us pretty decent read numbers at 5MB/s where the write test saw a severe loss in throughput. 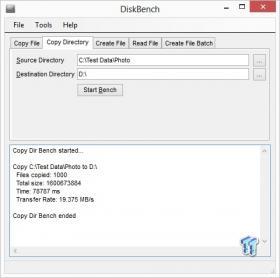 DiskBench showed the MX-ES capable of 19MB/s transferring our batch of 1000 photos in 78 seconds. 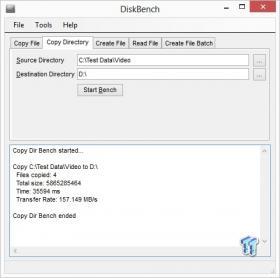 The transfer of our video files was much quicker at 157MB/s and only 35 seconds. 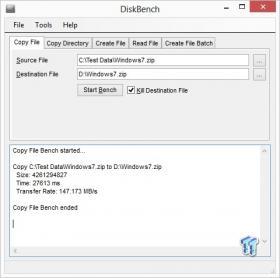 Moving our Windows 7 install to the MX-ES was completed in just 27 seconds at 147MB/s. 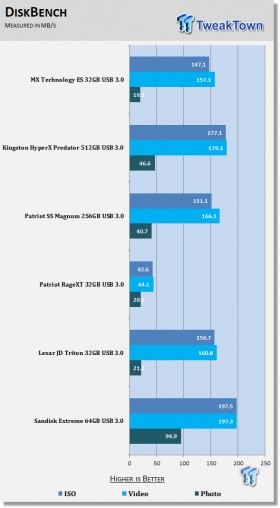 Looking at our chart above you can see where the MX-ES fits in, having numbers incredibly similar to our other SLC based flash drive, the Lexar JD Triton.

Aesthetically the MX-ES is a "sleeper", much like that Honda Civic down the road with a turbo charged 600HP engine. Sure, if you were looking at this drive on the store shelf then you would know it has SLC NAND as Mach Xtreme displays it on the packaging with proud bold lettering, but the drive alone doesn't flaunt what's inside.

It's a widely known fact in this day and age that SLC NAND is superior in almost every facet. It carries higher P/E cycles, 100K compared to 10K for MLC and the paltry 5K for TLC, lower power consumption and increased write speeds. All of this technology will be found inside this flash drive from MX-Technology.

As far as performance is concerned, the MX-ES was capable of marketing specifications as you saw in this review, while not being the fastest drive in our testing, with its SLC NAND configuration you do get much more durability and thus longer life.

Pricing of this drive at the time of writing is set at $59.99. If you compared this to the Lexar Triton which uses the same internal materials and is priced higher at $65.99, then it's easy to come to the conclusion that the MX-ES is the best consumer drive with enterprise durability. 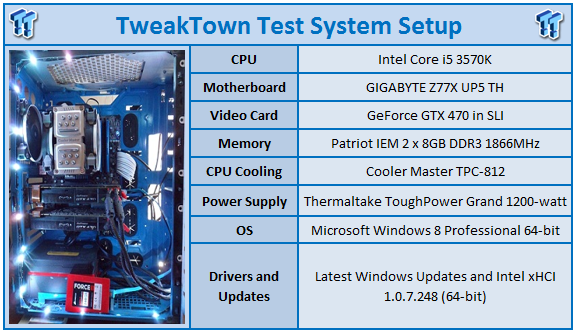