If you follow Lexar Multimedia then you know CES 2013 was an exciting moment in history for this long running brand. With the introduction of their first XQD memory cards, the once monopolized market populated previously by Sony alone made Nikon D4 users rejoice.

Alongside the release of the XQD cards, Lexar announced new USB 3.0 flash drives in namely the P10, S23 and S33 all of which will be available in the second quarter of this year. In the meantime Lexar was kind enough to send us their current flagship USB 3.0 flash drive, the JumpDrive Triton in the 32GB flavouring.

Back in January of 2012, Lexar announced the release of the JumpDrive Triton that we now have the belated opportunity to review today. Sporting a rugged aluminium body and the convenience of a sliding USB 3.0 connection to safely tuck away vulnerable parts, the Triton showcases speeds of 155MB/s read and 150MB/s write.

Is the JumpDrive Triton all that it can be or will we give it an honourable discharge?

First impressions of the Triton are of its simple curves and aluminium housing that exude professionalism. As with most of the drives you see coming to market today, the Triton sports a retractable USB 3.0 connection that protects the drive from mishaps should you drop it.

The back of the drive showcases even further the metal alloy casing that protects this drive. You will also find a loop hole here for securing the drive to your keychain with the included lanyard. 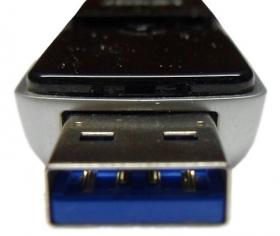 Disassembly of the drive, however complicated, resulted in us destroying the casing but alas we pushed on and have images for your enjoyment.

As you can see above, the front of the PCB houses the flash controller to the left and NAND to the left.

Looking closer and using tools to decode the FCBGA code above, we find that we are working with 8K SLC synchronous NAND.

The controller used in the Triton is branded Innostor IS902. This controller supports a two channel 8-bit NAND flash interface and complies with ONFI 2.2 specifications.

One of the lesser known features of running Microsoft's new operating system Windows 8 is the native capability of USB Attached SCSI or UASP. To start my benchmarking procedure I secure erased the Lexar JumpDrive Triton, as I do all drives I test. 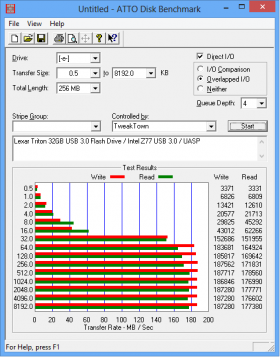 ATTO is commonly used for marketing performance of hard drives and solid state drives alike and thus perfect for our purposes. Looking over our results from the Lexar JD Triton, we see read and write speeds exceeding that of the marketing materials. At 177MB/s read and 187MB/s write, the Triton isn't the fastest we have tested, but is commendable. 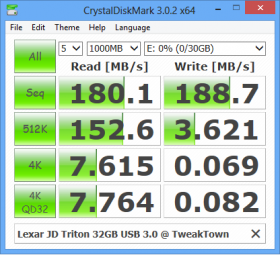 CrystalDiskMark's default testing uses a set of random data or incompressible data, there is also an option for 0xfill or compressible data. We will use the standard data set for our purposes. Looking over our results from CDM we see the Triton did very well in the sequential tests giving us close to the same numbers we saw in ATTO. Where the drive started to slow down was 512K and 4K random writes, where we see a severe loss of performance. 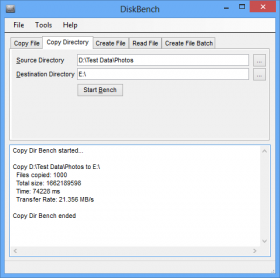 Disk Bench is a rather simple program that benchmarks real-world file transfers between drives. For this test I made up three data sets, one consisting of 1000 pictures totalling 1.5GB, the second consisting of four MP4 movies with a total file size of 8.65GB. The last data set consists of Microsoft Windows 7 x64 install w/ SP1 in zip format.

Our first test, transferring photos to the flash drive, proved the JumpDrive Triton worthy of 21.3MB/s, and consuming 74 seconds of our time. 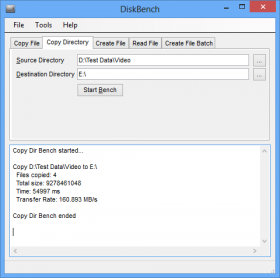 Movies were much faster transferring to the drive, and this too, shows where the true performance of the drive excels. 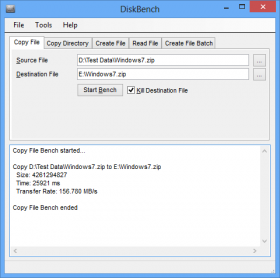 Equally impressive was the transfer of our Windows install where we managed 25 seconds at 156MB/s.

Spending time with a product is certainly something I focus on before coming up with my final thoughts or conclusion. With that, and spending the better part of my day with this JumpDrive in my pocket, there are certainly a few points to be made.

This drive is beautifully designed, from the metal alloy casing to the glossy black exterior this drives exudes what I call an enterprise feel, and as most people will buy on sex appeal alone, this drive certainly has that and then some. Aside from the aesthetics of the drive, the casing gives the drive a feeling that you could run it over with your truck and still retrieve your data.

Performance of this drive is exceptional, as long as you transferring large files. I find this kind of ironic as the drive comes preformatted from the factory as FAT32, which means you will have to reformat it as NTFS to transfer files over 4GB in size.

At release back in 2012, this drive was priced at $109.99. Since then the prices has come down quite a bit. In fact, you are now looking at spending around $64 for this drive in its 32GB configuration. This does put us in the $2 per GB arena; however the drive does come with a lifetime warranty from Lexar.

With all of the above said, I do believe the Triton is a great drive. However, for those of you that want the latest technology, you may want to wait for the Lexar JumpDrive P10. 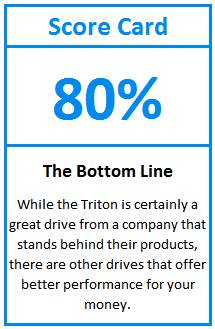 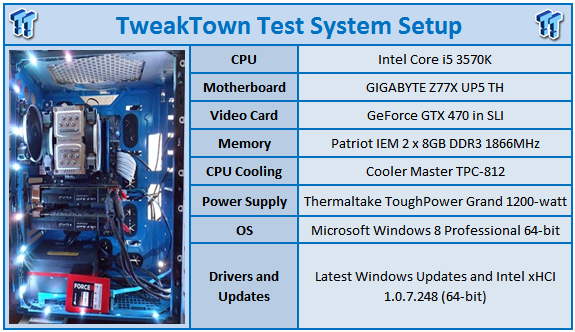