In Australia LG's L-series of smartphones are exclusive to Optus and Boost Mobile, and on pre-paid. They're not the kind of phone you would look into if you wanted to go Telstra, or after something faster, but they're priced competitively enough.

I'm happy to be on the last L-series smartphone from LG, and even happier to be reviewing the best of the L-series. It's not that I don't love this job, I do, but coming from phones like the Nexus 4, Galaxy S III, and others, the L-series feels like I'm stepping into a smartphone time machine; let's see if the Optimus L9 can change that.

LG have given the Optimus L9 some much-needed beefier specifications, the first of which is the larger 4.7-inch display. We have a 960x540 pixel display, giving us 234ppi. Moving from the display we have the 1GHz dual-core Cortex-A9 processor, 1GB of RAM and 4GB of internal storage that is expandable by up to 32GB through a microSD card slot. 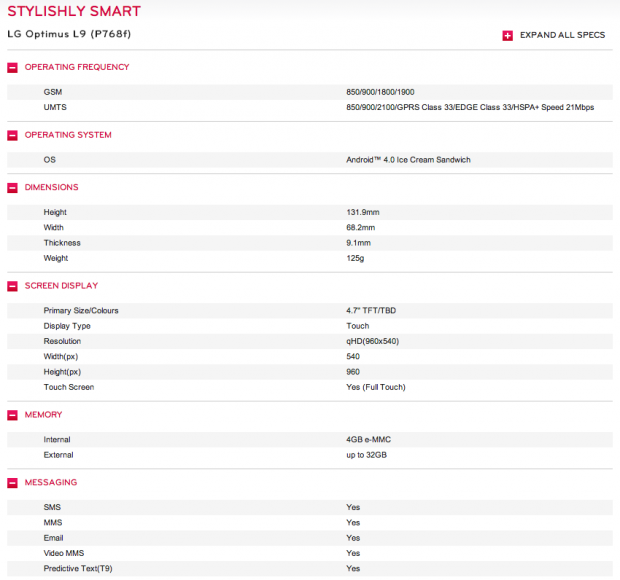 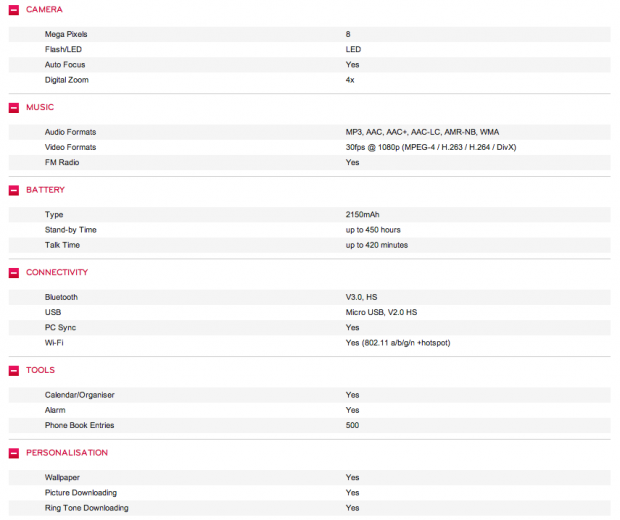 We have the usual Wi-Fi 802.11g/b/n, Bluetooth 3.0, NFC capabilities and 3G HSDPA. There's not much that the Optimus L9 does that stands out from the crowd, but when comparing it against its siblings, this one got the brains, and the looks.

The review unit I received was the black version, but there is also a white version available which doesn't look too bad at all. The Optimus L9 is made entirely of plastic, which may sound bad on paper, but in your hands it is actually not too bad at all.

It feels surprisingly light when holding it, making it a joy to use for the constantly connected world we live in today. Emails, Facebook, Twitter, web surfing and more are all great on the Optimus L9 smartphone. Let's take a look around the phone now, shall we?

First off looking directly at the front of the phone we have the 4.7-inch qHD display, at the top of which is LG's logo and to the right of their logo is the VGA-capable front-facing camera. Down the bottom of the Optimus L9, we have the home button. 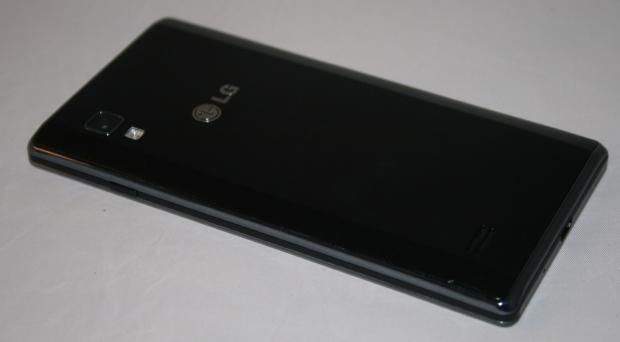 Flipping the Optimus L9 onto its back, we find the 5-megapixel rear-facing camera with LED flash, another LG logo and the loudspeaker in the bottom left hand corner.

On the left of the Optimus L9 we have the volume rocker.

On the right, we have the power button.

On top of the Optimus L9 there's the 3.5mm headphone/speaker jack.

And finally, on the bottom of the L9, we have the microUSB charging/sync port and microphone.

I didn't have much faith in the Optimus L9 after taking a look at the L5 and L9, but I was surprised at the lack of carrier-specific applications on the phone. Sliding through the apps we have the usual Google apps, as well as some L9-specific apps, which I don't mind so much. 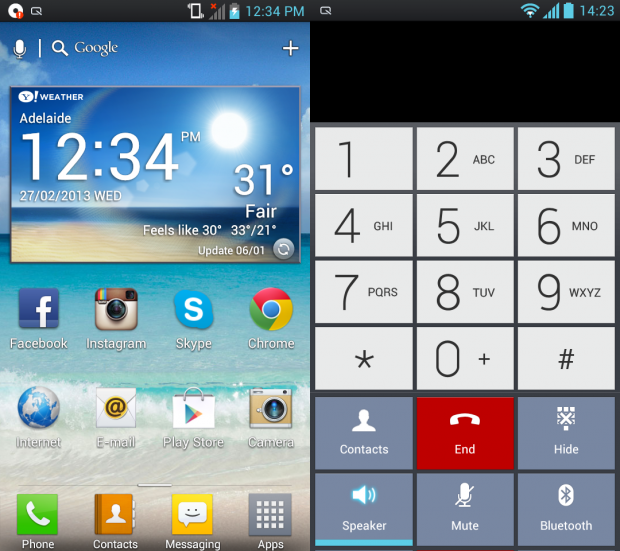 LG have once again chosen to splash their own UI paintbrush against Android 4.0 Ice Cream Sandwich, and on the L9 it is actually quite nice. The L9's hardware is able to keep up with the extra UI goodness, and feels smooth scrolling between home screens and applications.

The UI does some nice things, like when removing an app from the L9, as you tap and drag the app to the 'remove' icon at the top of the screen, it opens up in a kind of 3D way and takes the app away and deletes it - nothing huge, but it's something nice to see on a low- to mid-range handset. 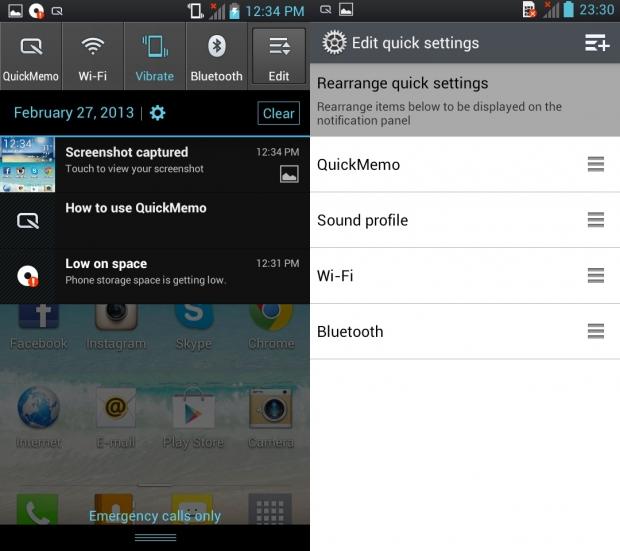 The quick access panel up the top is helpful, with an edit option that allows you to shift things around and add new shortcuts, which is a nice touch. I think the thing to remember here is that the low- and mid-range handsets will not have feature-rich offerings, with this being reserved for the more expensive handsets.

The display on the Optimus L9 is an improvement up from the 4.0- and 4.3-inch displays on the L5 and L7, respectively, with 4.7 inches on offer. Not only that, but the resolution has increased with each iteration of the L-series from LG with the L5 and L7 featured 480x320 and 800x480-pixel displays, respectively. The L9 pushes this up to qHD display offering 960x540. It's not a huge difference, but it looks much better than the L5 or L7 screens. The display won't win awards, but it is a big change from the L5 and L7 - something I can finally recommend as a worthy part of the phone itself.

Moving onto the audio side of the Optimus L9, phone call quality was fine, nothing out of this world, but not abysmal by any means. The speaker quality was quite good for a cheaper phone, capable of pushing audio out loud enough to listen to in a room without much distortion.

Just like the Optimus L5 and L7 before it, the L9 isn't going to win any benchmarks, but we'll throw it through some just in case. Before we do that, we'll take a look at the differences between the L5, L7 and L9 in terms of hardware and its feel on performance.

Right out of the box the L9 felt faster, snappier and 'better' than the L5 and L7 before it. This is in nearly all areas - screen quality/resolution, the overall feel of the phone in Android, the UI itself felt much smoother on the dual-core processor and the camera definitely felt better.

Here are some examples of the quality of the camera: 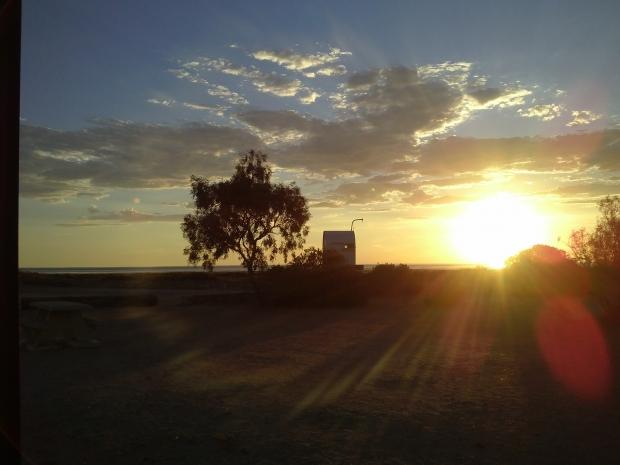 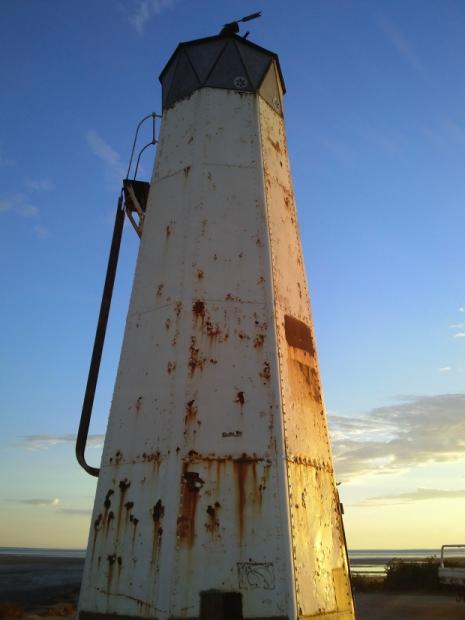 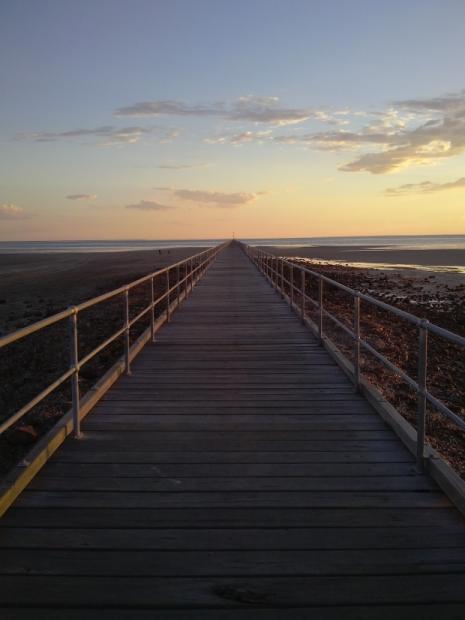 The evolving Smart Device reviews are now going to have their own page dedicated to benchmarks, instead of including them in performance. This gives us an entire new page to play with, with the graphs and numbers below. 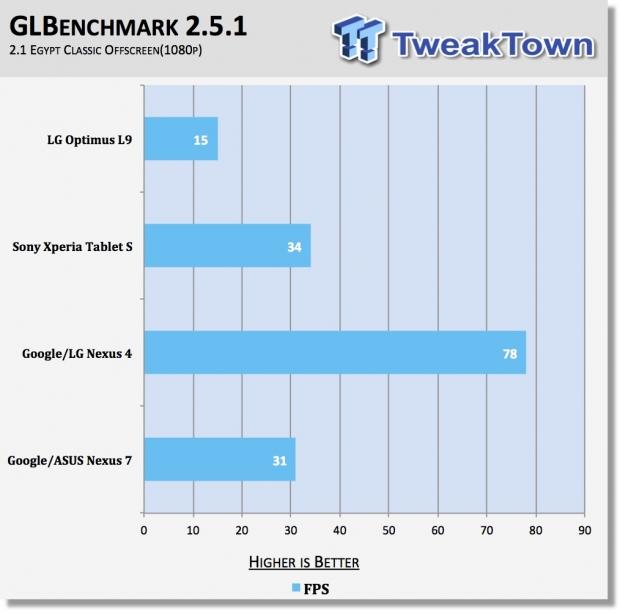 The Optimus L9 gets demolished by the competition with the Xperia Tablet S over doubling its performance, the Nexus 4 over four times the performance, and the Nexus 7 at just over double the L9's performance. This isn't surprising, as we're benchmarking a mid-range handset versus some of the much faster, quad-core-based smart devices. 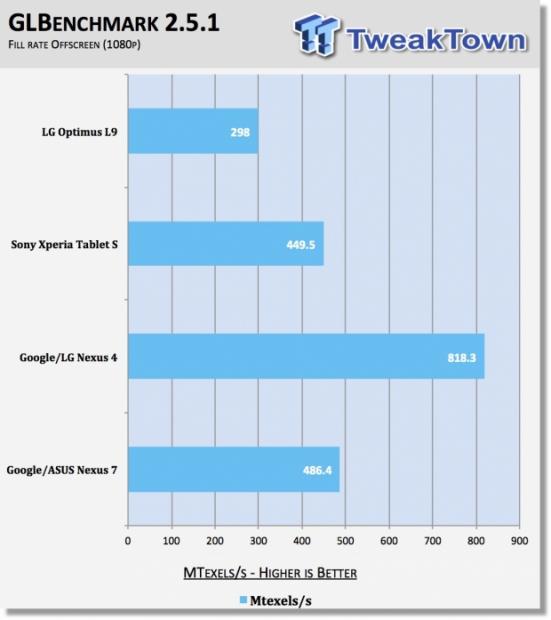 The Optimus L9 does a little better here, but still gets crushed by the competition. 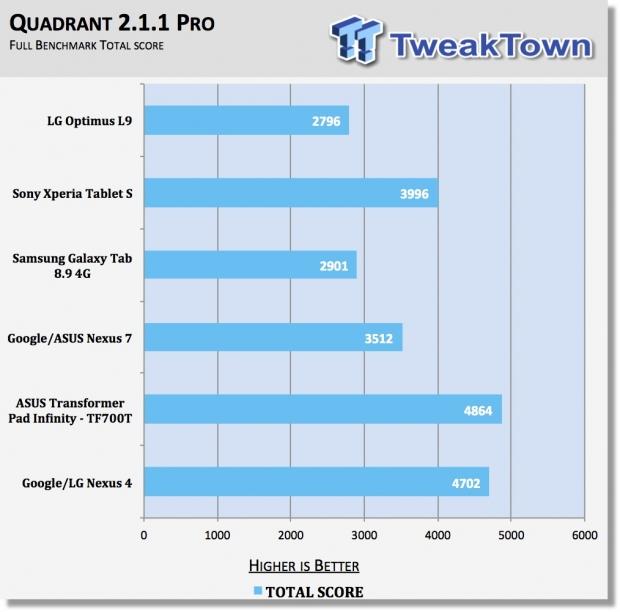 The Optimus L9 doesn't do too badly here, and we also have a few more devices to look at scores from, too. It's worth noting that the L9 nipped at the heels of the much more expensive Samsung Galaxy Tab 8.9 4G tablet. 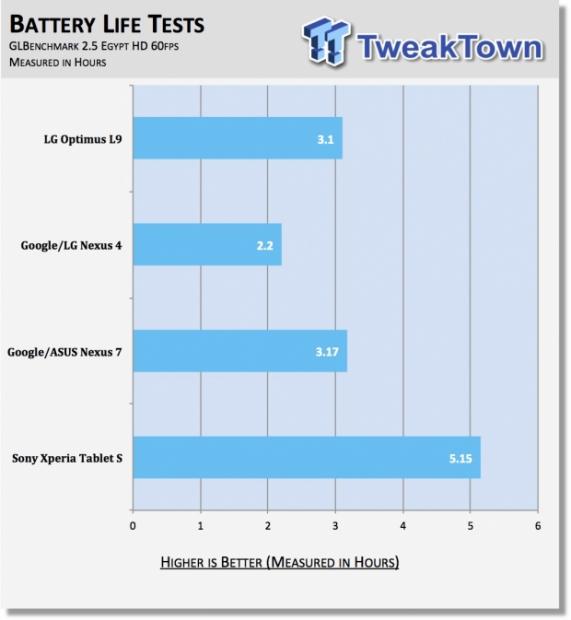 Battery life is surprising on the Optimus L9, thanks to its mediocre hardware. It actually beats the Nexus 4 - but the Nexus 4 has the most powerful hardware, at the cost of battery life - obviously.

I still find the Final Thoughts of the L-series of smartphones from LG hard - they're budget phones, but I can't find myself recommending them. The Nexus 4, also made by LG, is less than $350 - and offers twice the specs, and twice the phone.

What LG have done with the Optimus L9 is finish off a series of smartphones with a better 'bang'. The L9 has better specs, a bigger screen and is the much better performer of the three L-series phones from LG.

Should you buy the Optimus L9 for yourself, a friend or family member? That depends on what they already have. My dad for example, would be perfect for this phone - he's not a technology expert, but he's not a novice either. The bigger screen is perfect for him, and so is the feature set. He doesn't need a naked version of Android, or an iPhone.

I think this is where the L9 fits in - to specific people, wanting a phone at a specific price without huge amounts of 'whizz-bang'.

LG have used the L-series as a testing ground for their new F-series, which was announced during the Mobile World Congress in Barcelona in late-February. We should have some of these units soon to play around with, and by the looks of things, we should see some much-needed improvements in the F-series. 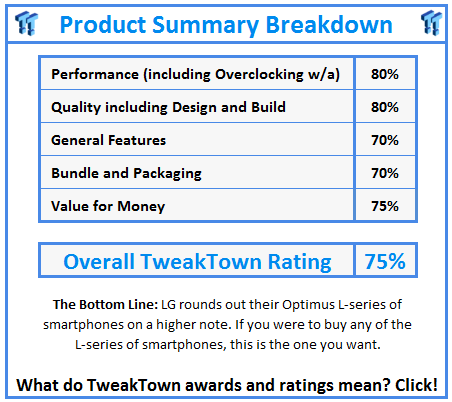