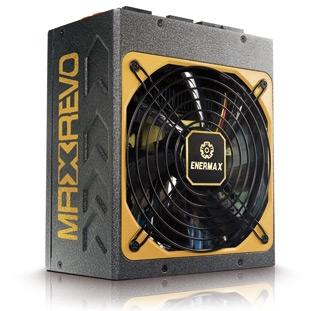 True enthusiasts know that their selection of power supplies is limited. High output units that deliver well over 1000W of power just don't have the demand that the 700-850W units do and as such, we don't see a new, full blown enthusiast grade power supply hit the market that often. Today, however, is one of those glorious days where we get to put something to the test for those that demand large amounts of high quality power and won't settle for anything less. We've got Enermax's new MaxRevo 1350W power supply on the bench and it promises to be just what any enthusiast needs.

Enermax is known for their quality, enthusiast grade, high output power supplies and the new MaxRevo 1350W is one of the highest capacity power supplies they've ever produced. Those interested in something bigger will be happy to know that Enermax also released a 1500W MaxRevo unit alongside the 1350W model. Even at full load, the MaxRevo claims to maintain 80Plus Gold efficiency, next generation connectors, 100% Japanese capacitor construction and much more. Let's take a look at some specifications and get started with the MaxRevo 1350W.

Right off the bat you are sure to notice the six 30A 12V rails that are capable of providing almost 100% of the power supply's rated output. With the way that Enermax has the rails split up, you'll find it hard to overload the rails, but it still could be possible. The 3.3V and 5V rails are each rated for 25A, however, have a combined maximum load of 140W. This is a tad bit low for such a high end power supply and it would be nice to see it a little closer to 180W. 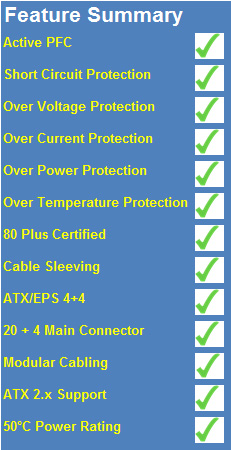 Just like you would expect, the MaxRevo 1350 has all the features that we check for and a few more. All the protections are present, along with Surge & Inrush Protection (SIP). The unit is 100% modular with sleeved cables and dual EPS12V support. The MaxRevo 1350W power supply is also 80Plus Gold certified and capable of 100% load at 50C.

Enermax has excellent market penetration, so tracking down the MaxRevo 1350W isn't too much trouble, although some of the standard places just don't have it in stock. When you do find the power supply in stock, it is going to set you back $299.99. Enermax proudly backs the MaxRevo 1350W with their typical five year warranty. 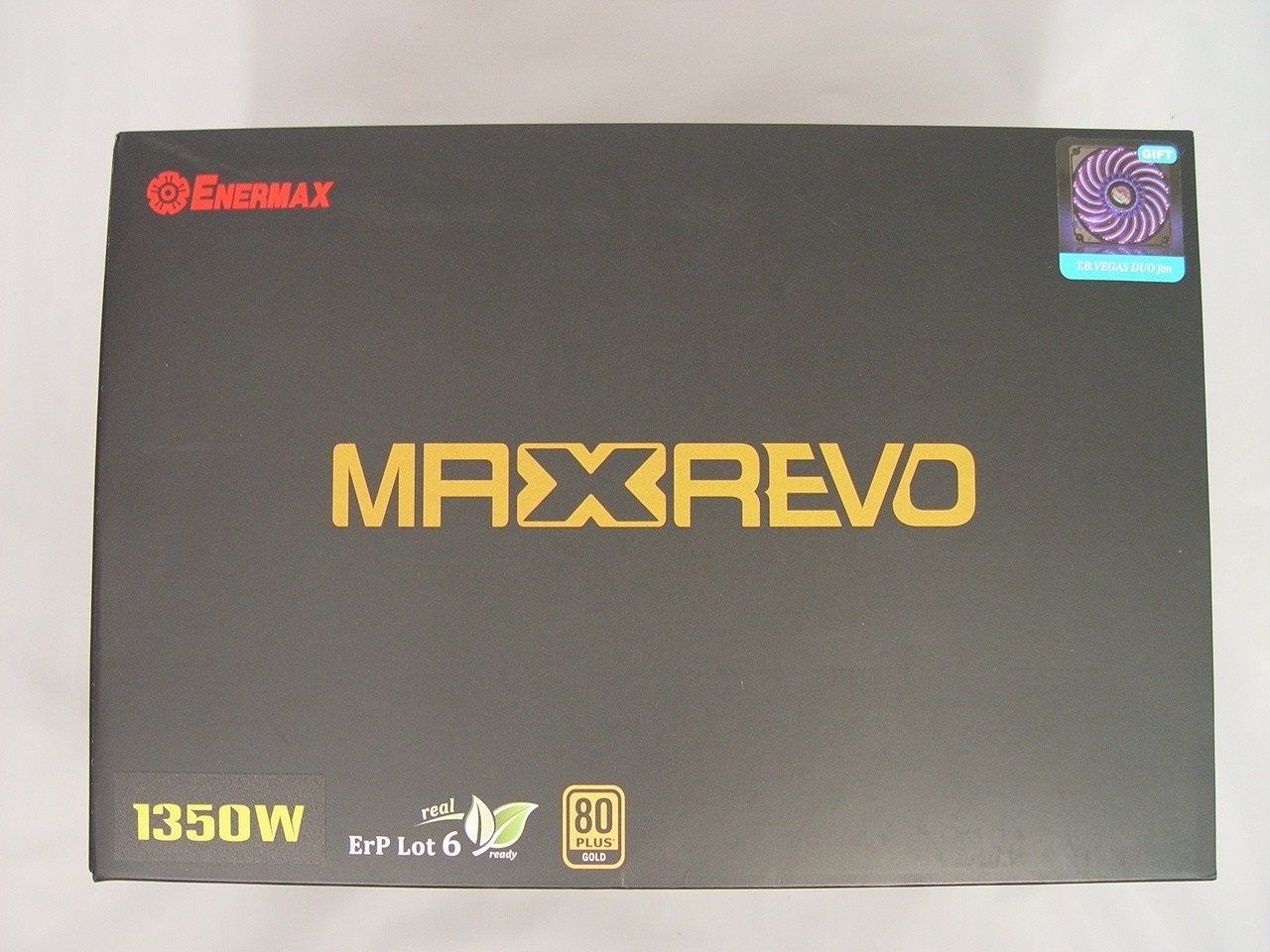 The MaxRevo 1350W comes in one of the largest boxes that we've seen for a power supply to date. On the front is simply yellow and black packaging, the 80Plus Gold logo and the wattage of the unit. 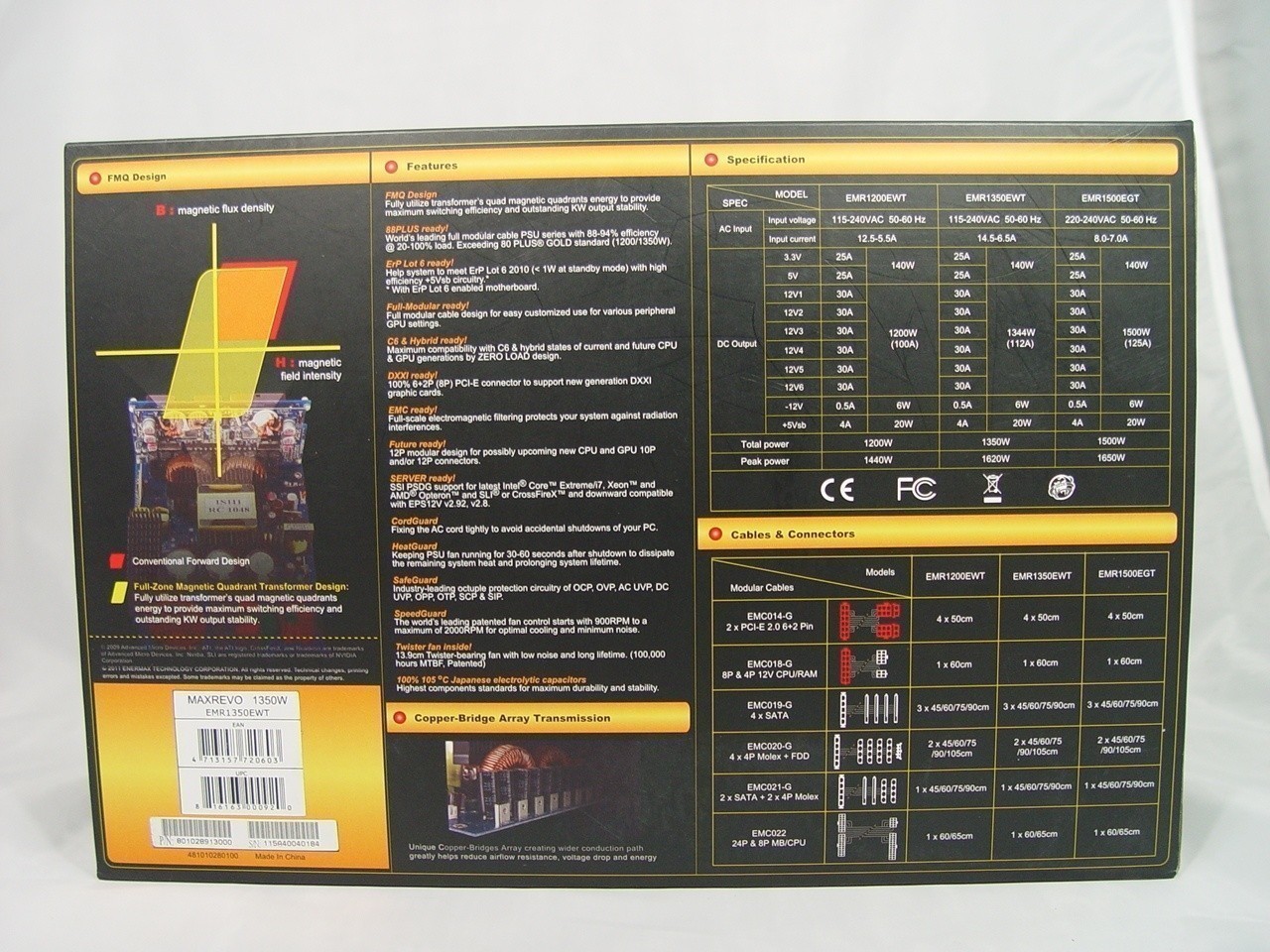 Flipping things around to the back, we find a ton of information. The extra size of the box keeps all of this from being overwhelming and most of it is very useful information including the connector and cable availability list with lengths. 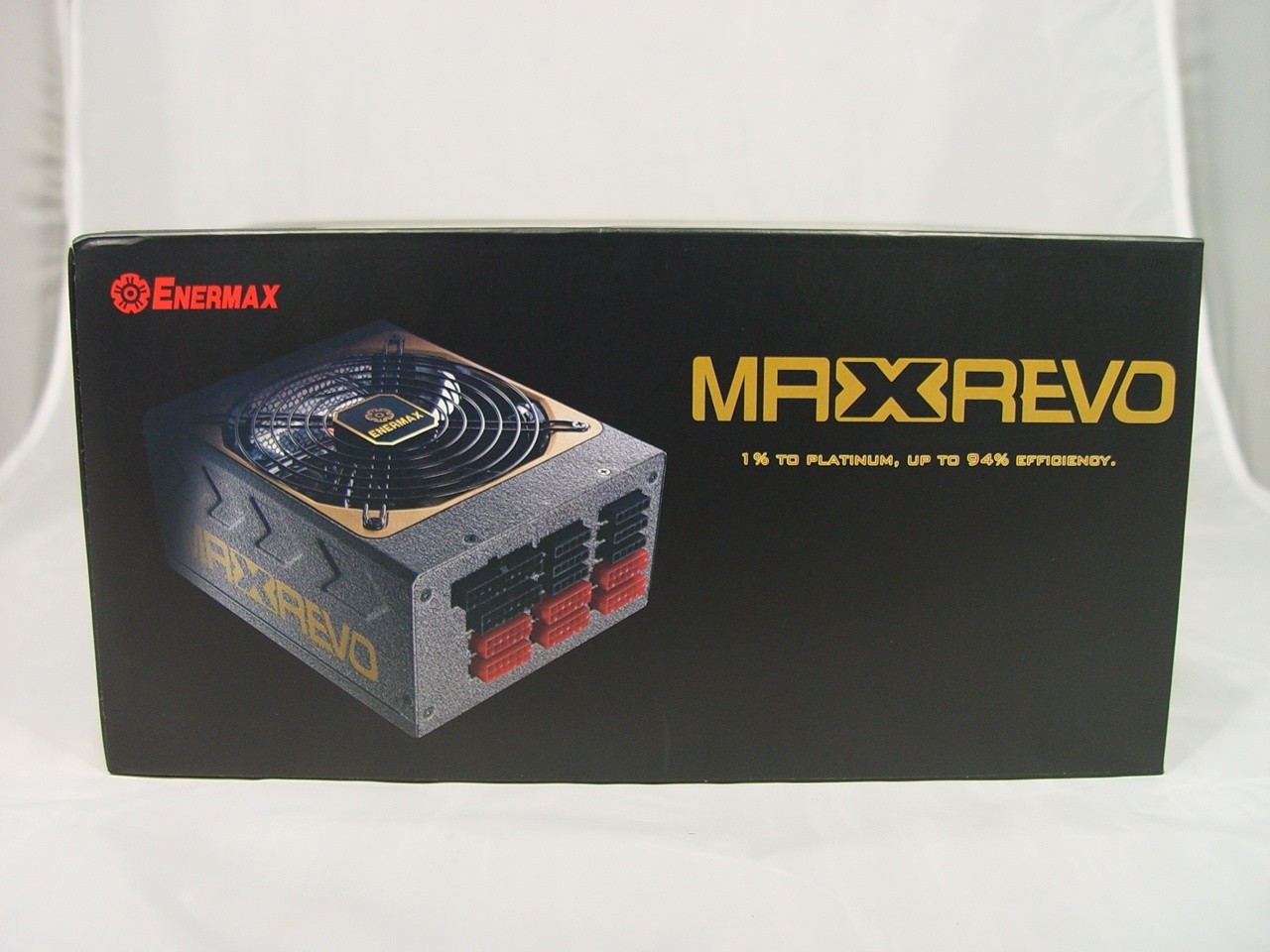 The sides of the box are blank, but the top and bottom feature a bit more. Here we find a picture of the power supply and some claims of very high efficiency. 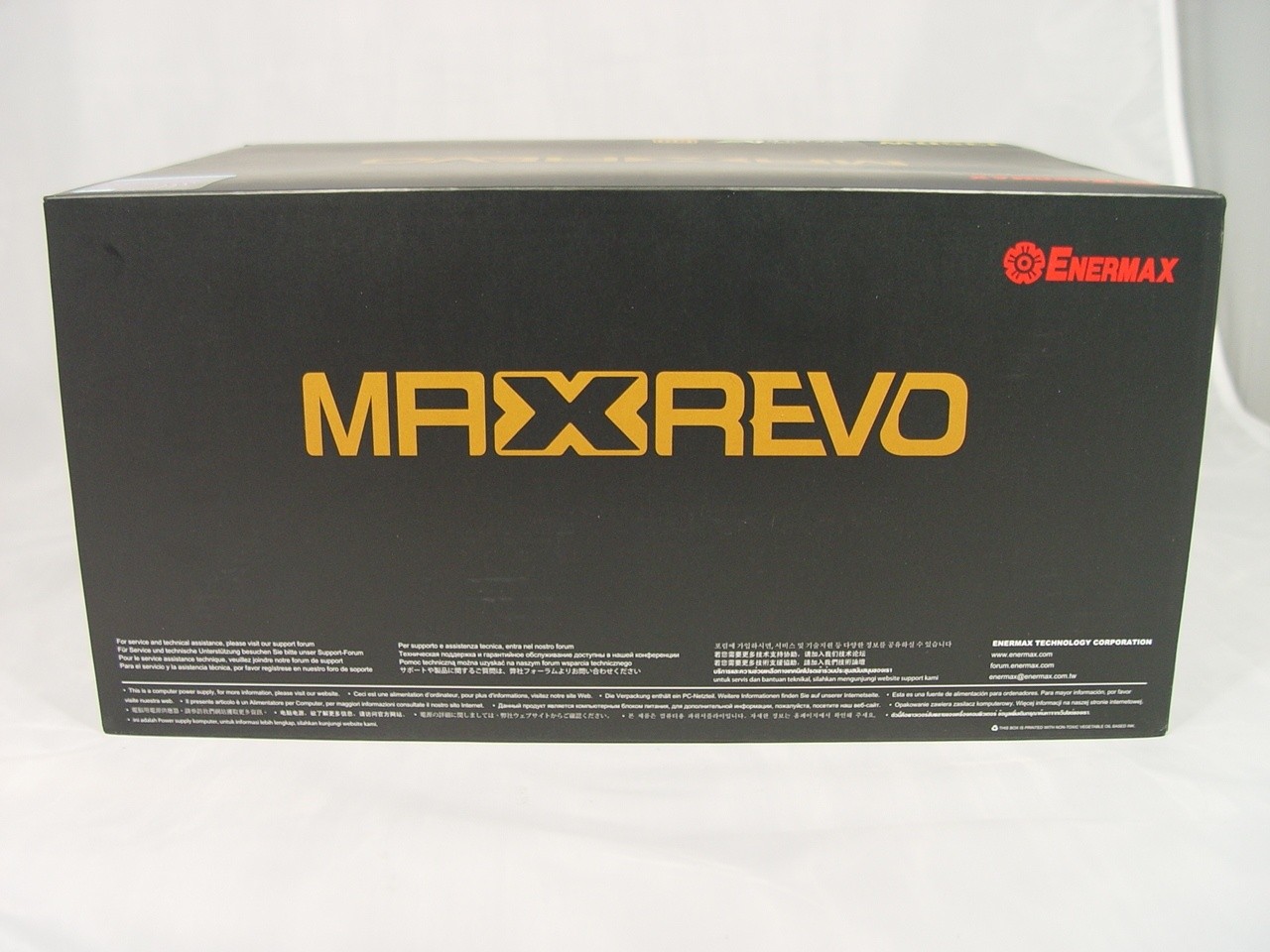 The bottom simply displays the MaxRevo logo and tells you that if you want to know more, you can go to their website. 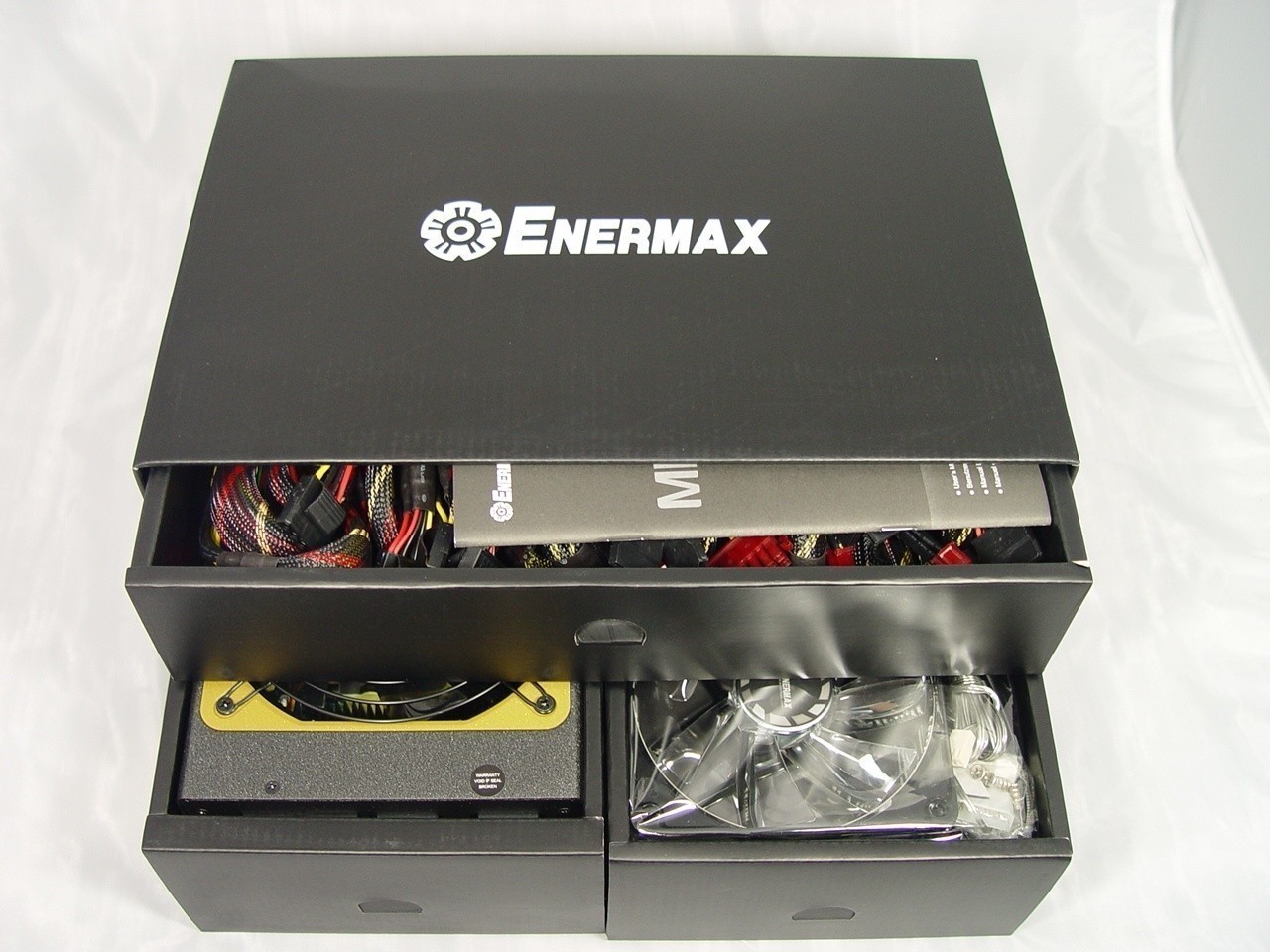 Pulling things out of the box a little bit gives a good idea of how the MaxRevo 1350W is packed. It almost feels as though you are opening a tool box. 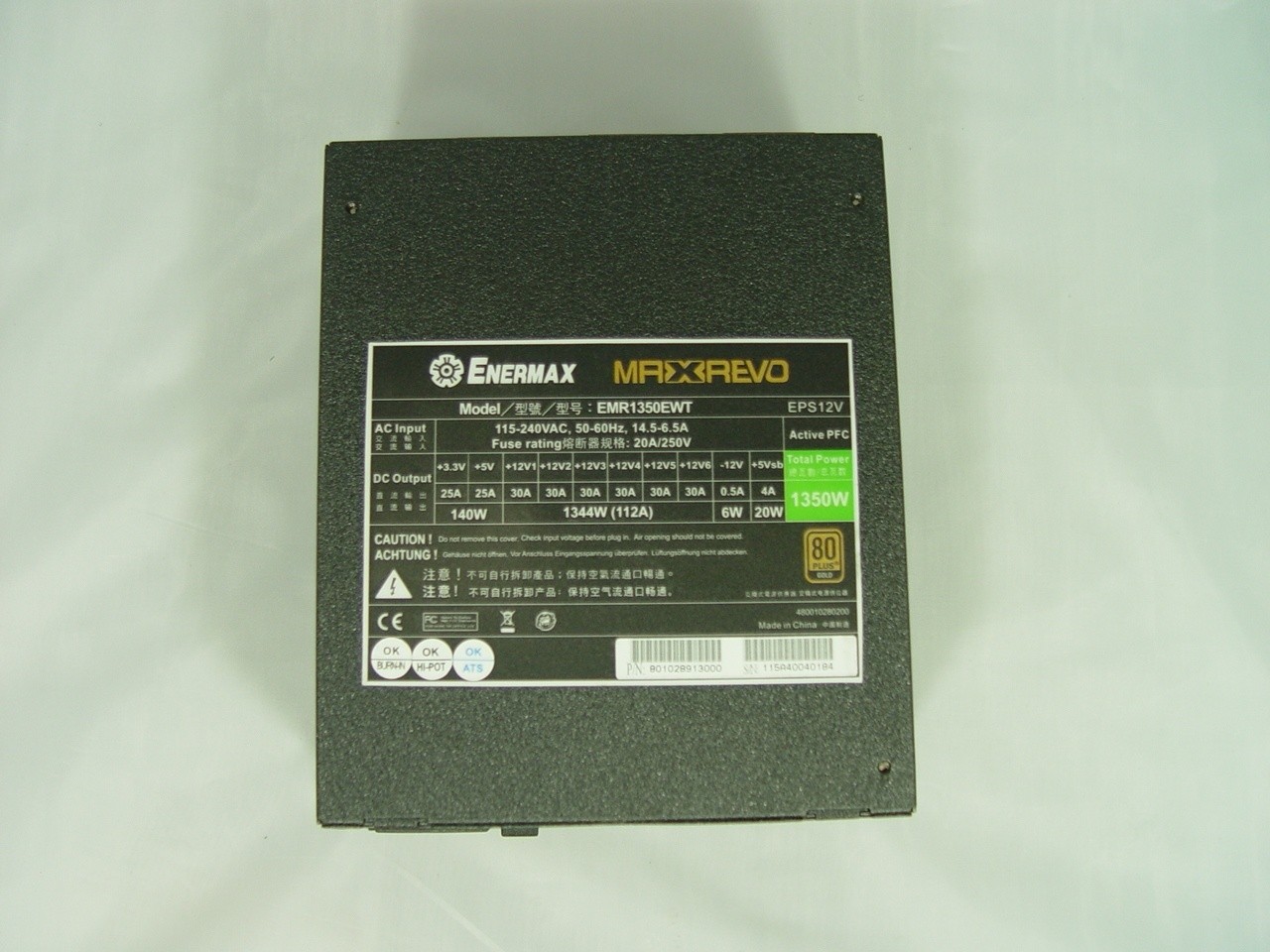 The MaxRevo 1350 comes in a dark, rugged finish. On top of the PSU is the I/O specification label. 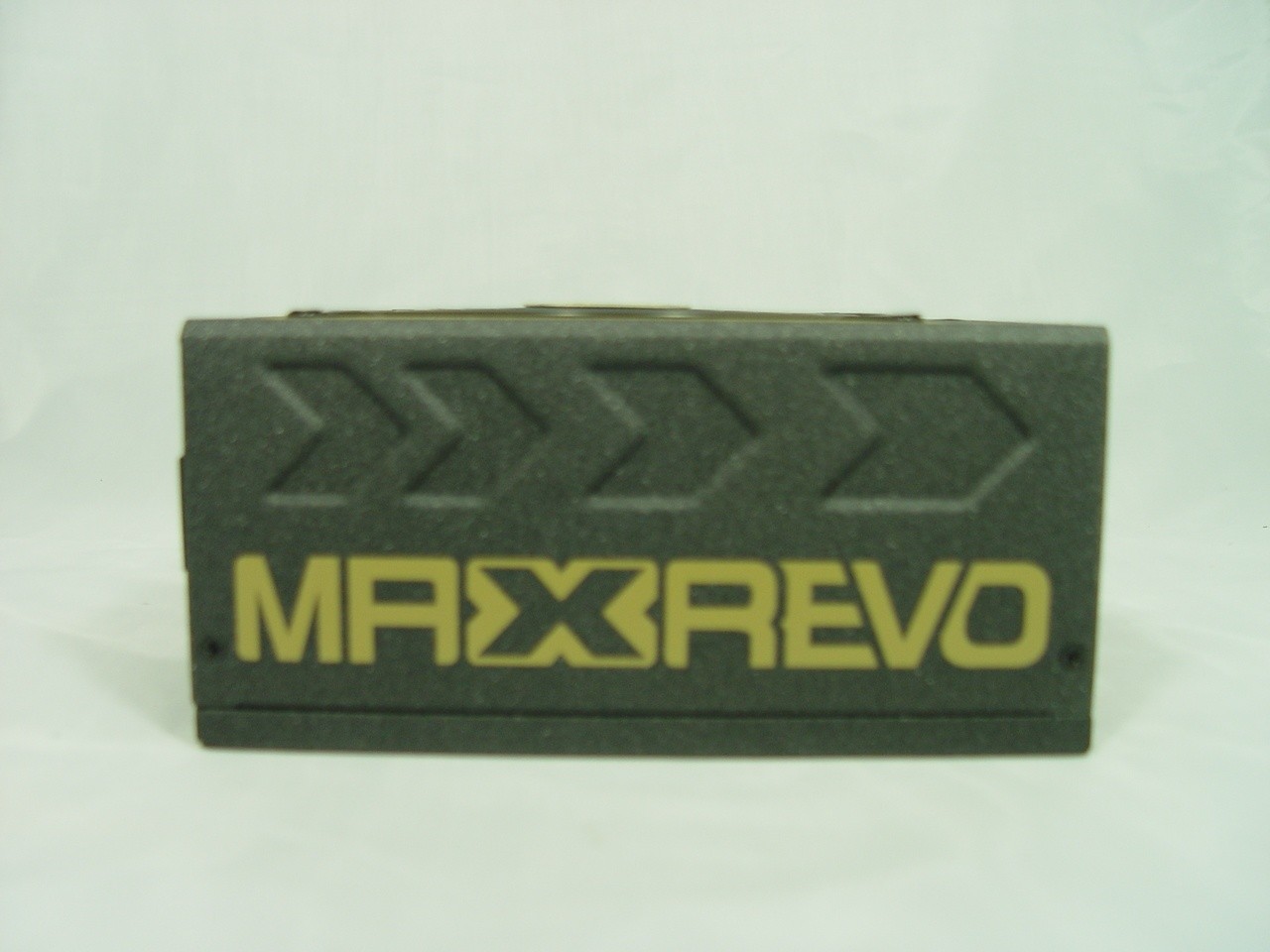 Both sides of the unit display the MaxRevo logo. 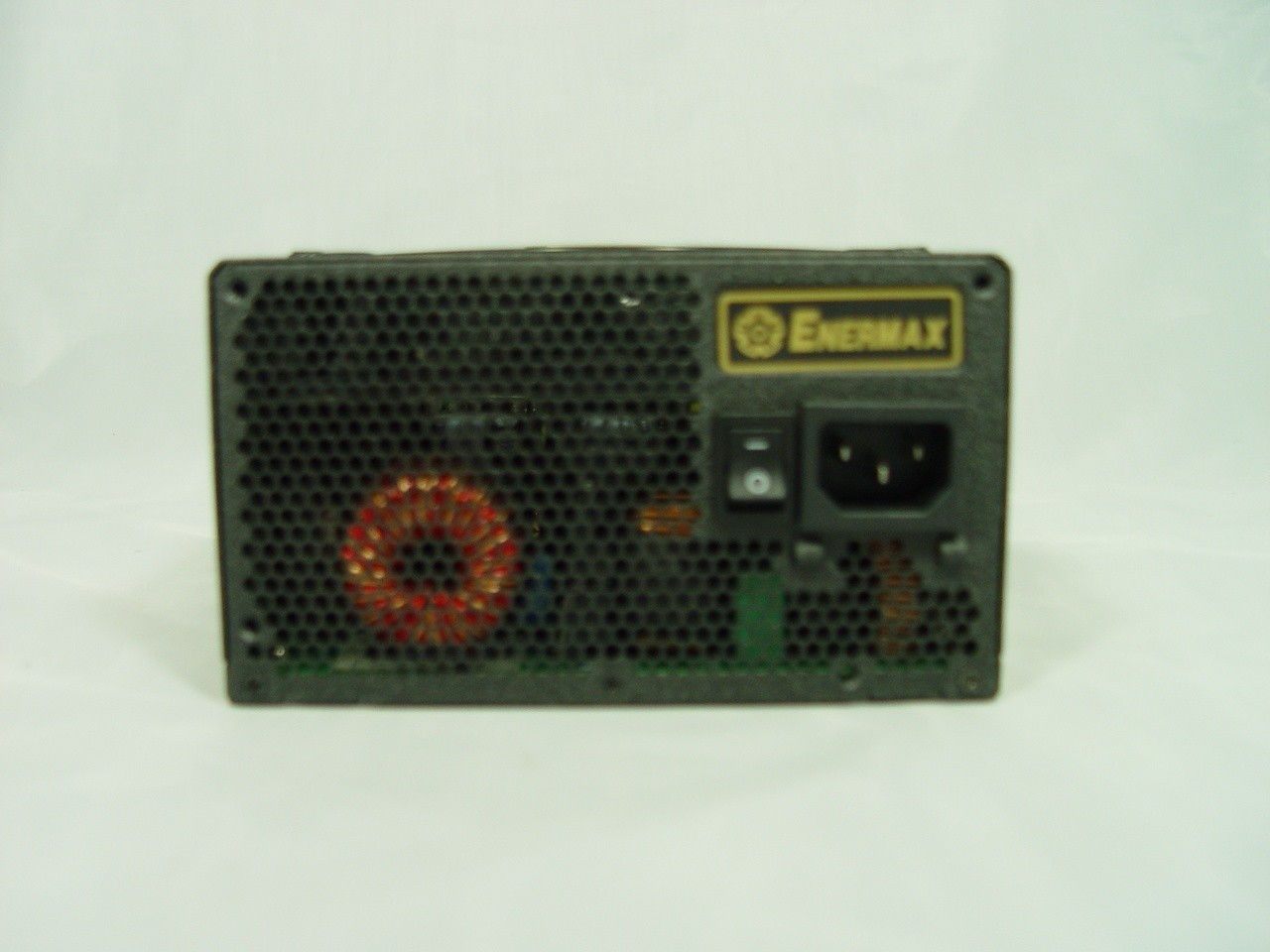 Enermax went with a conventional honeycomb mesh grill in the back for venting the power supply. There is also the on/off switch and AC input with their cable guard that will secure the power cable, making it hard to pull out accidentally. 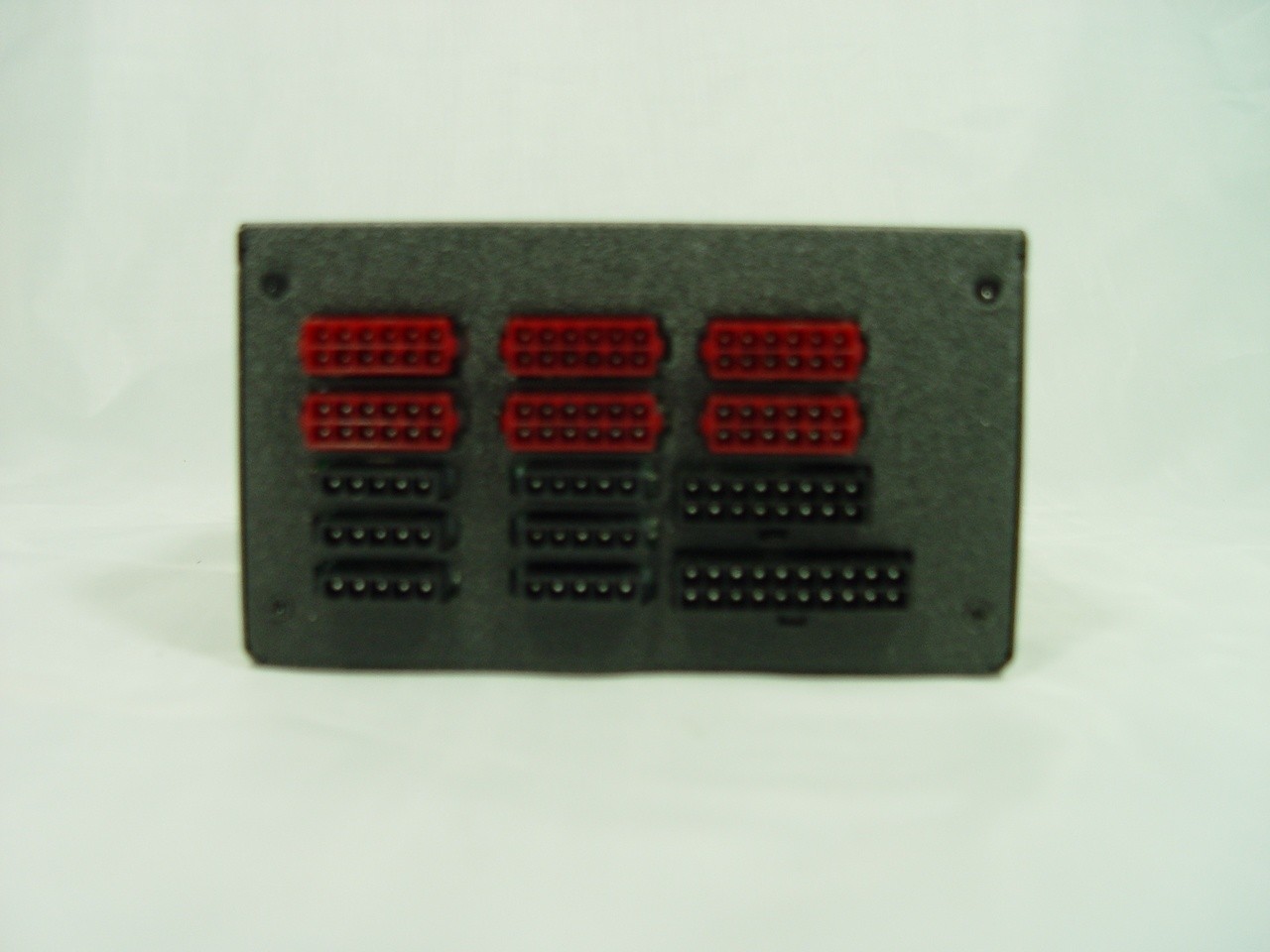 Moving to the front of the AX1200, we see the 14 different connections for all of the modular cables. These should serve up all the connections you need in just about any combination of cables you can come up with. 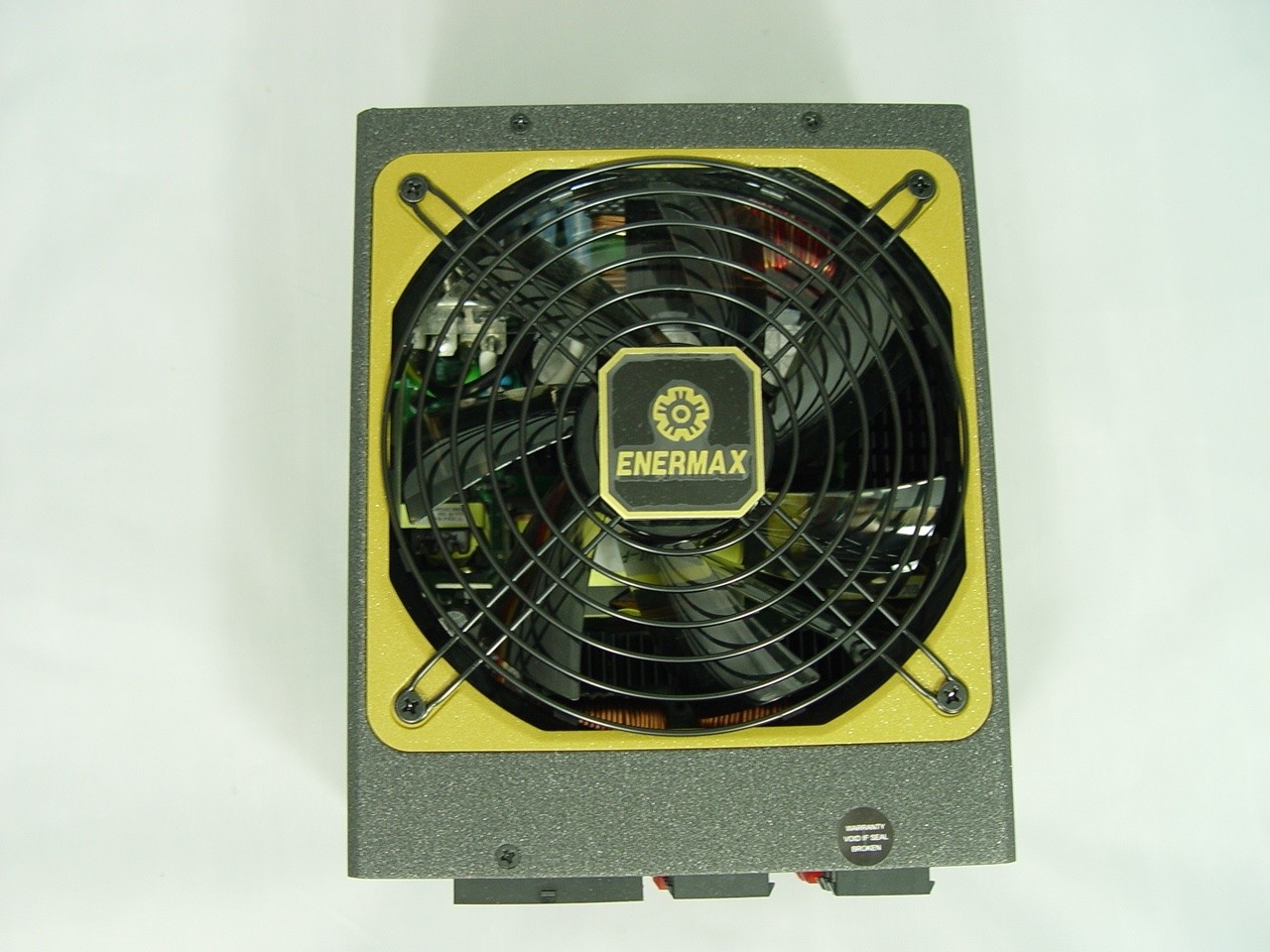 The bottom features a little more yellow and black with a 140mm fan and wire grill covering it. 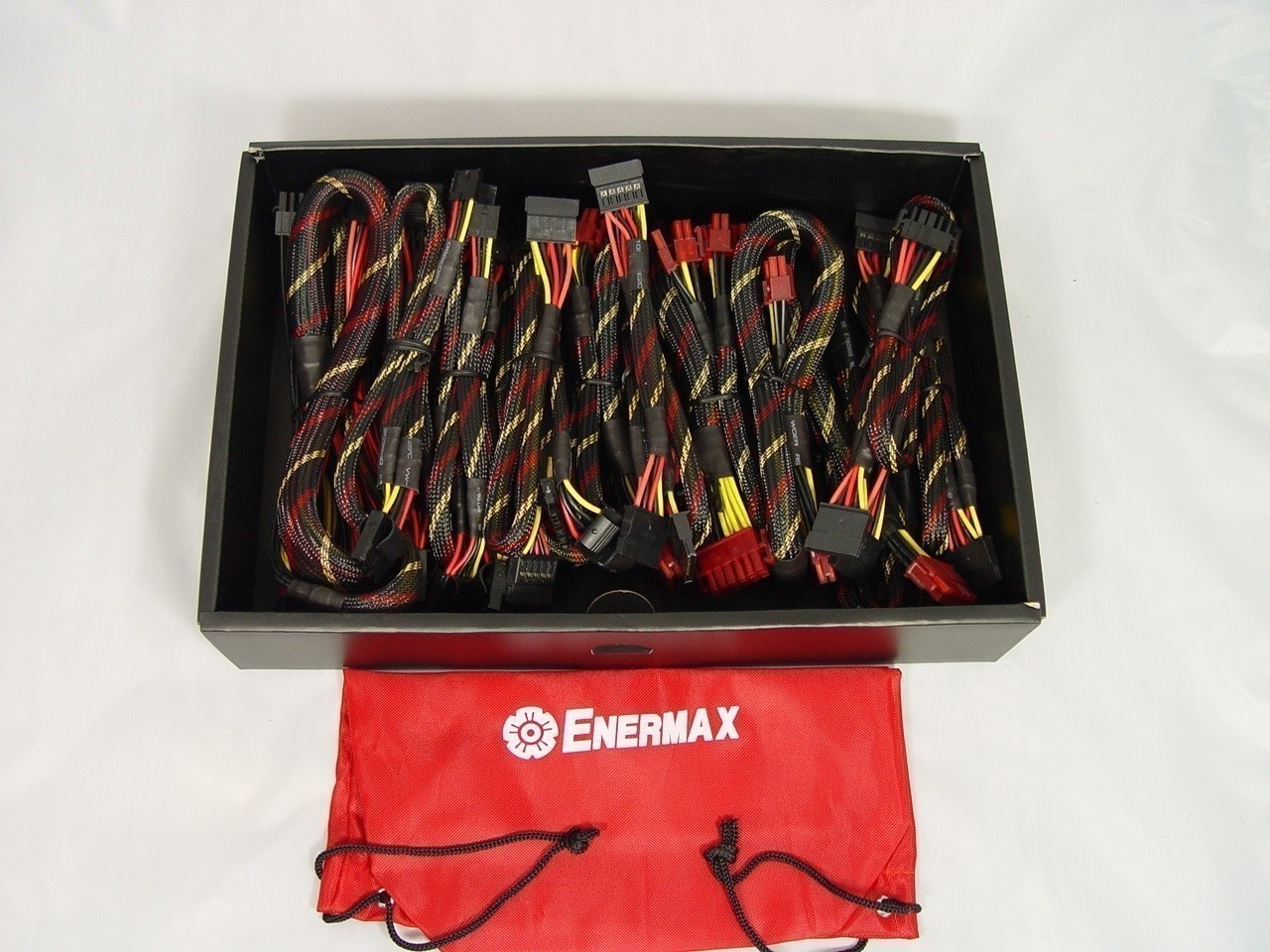 The modular cables fill a box all by themselves. 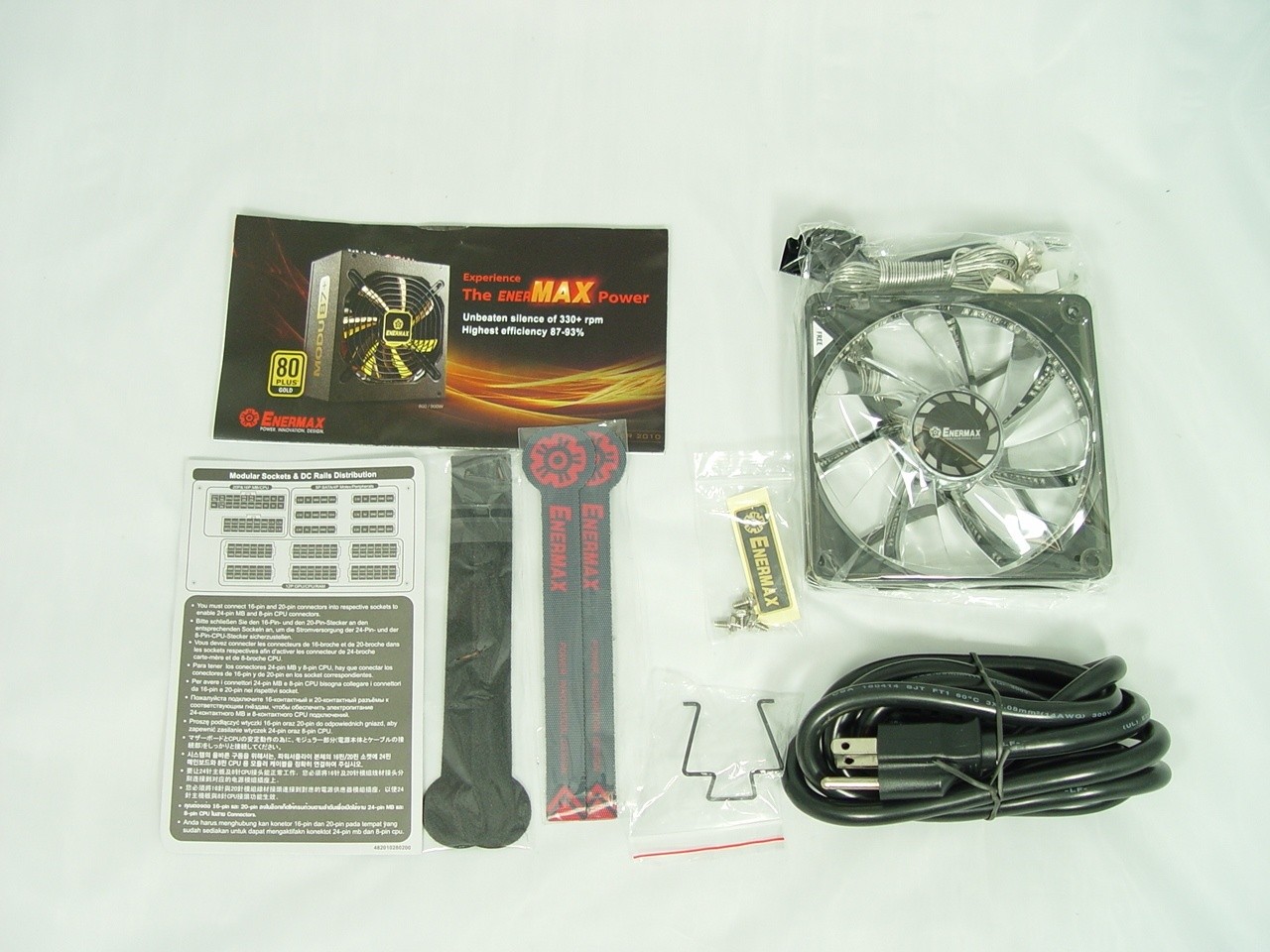 Also included in the box are the user manual, power cable, cable ties, mounting screws and a case fan.

There are a ton of cables and connectors fed by the MaxRevo 1350W. It all boils down to the Main, two EPS12V, one ATX 4-pin, eight 8-pin PCI-E, 14 SATA and 10 Molex connectors; plus one more for the floppy. Interestingly enough, there will still be one of the red 12-pin connectors unused on the front of the power supply, so you have some room to load balance things if needed and can always fill it with an additional cable from Enermax.

Enermax does a great job with the rail distribution for the MaxRevo 1350W. 12V1 and 12V2 take care of powering the motherboard with the Main connector and EPS12V connector. The rest of the rails are split between either two of the 12-pin connectors for modular cables or one of the 12-pin connectors plus three peripheral connectors. One thing that many manufacturers forget to include with a multi-rail power supply is the actual rail distribution. Enermax does an excellent job of laying this out in the user manual. 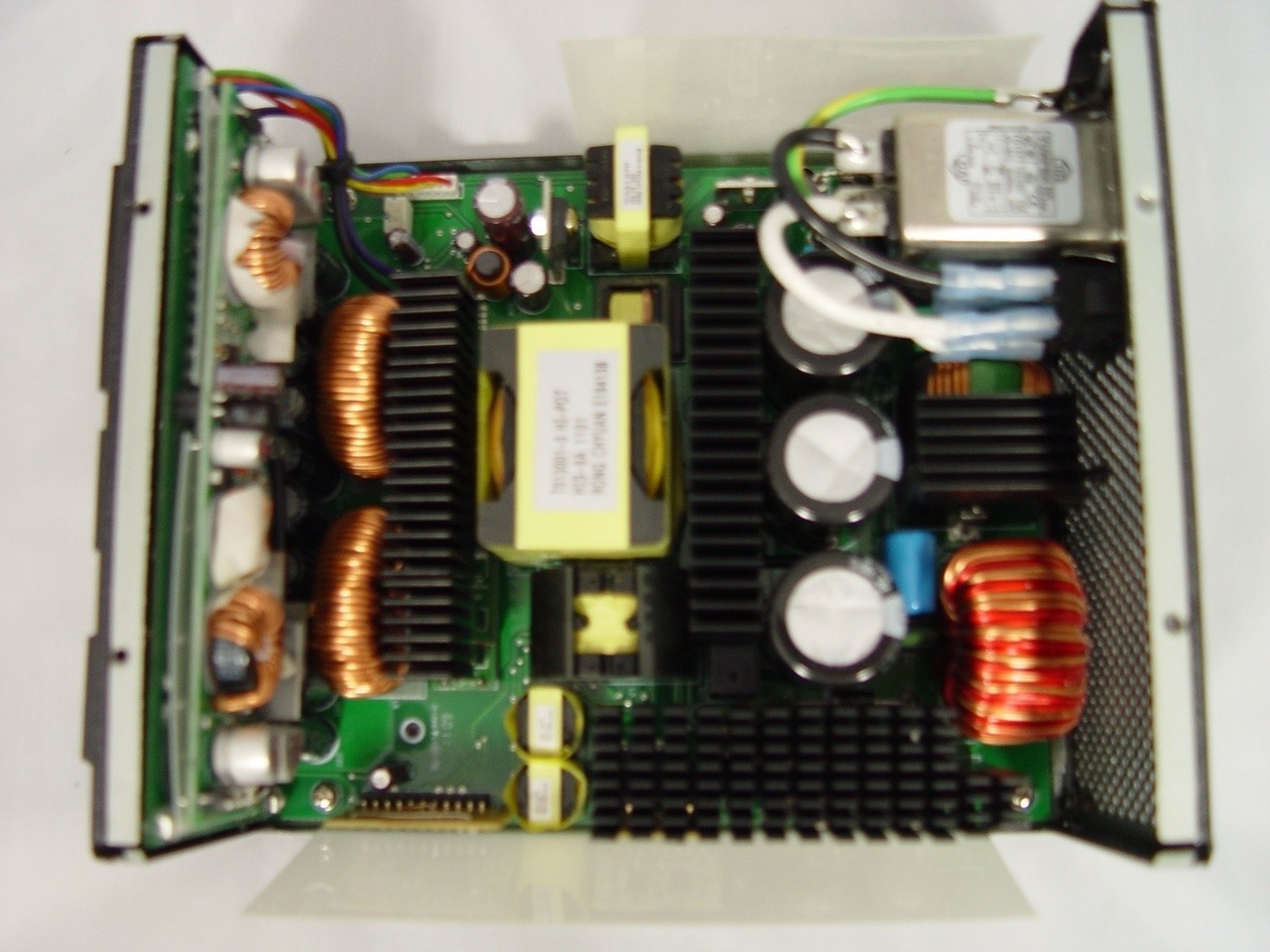 Opening up the power supply, we find that Enermax has plenty of cooling going on inside here to help with the large amounts of heat that are sure to be generated when under full load. 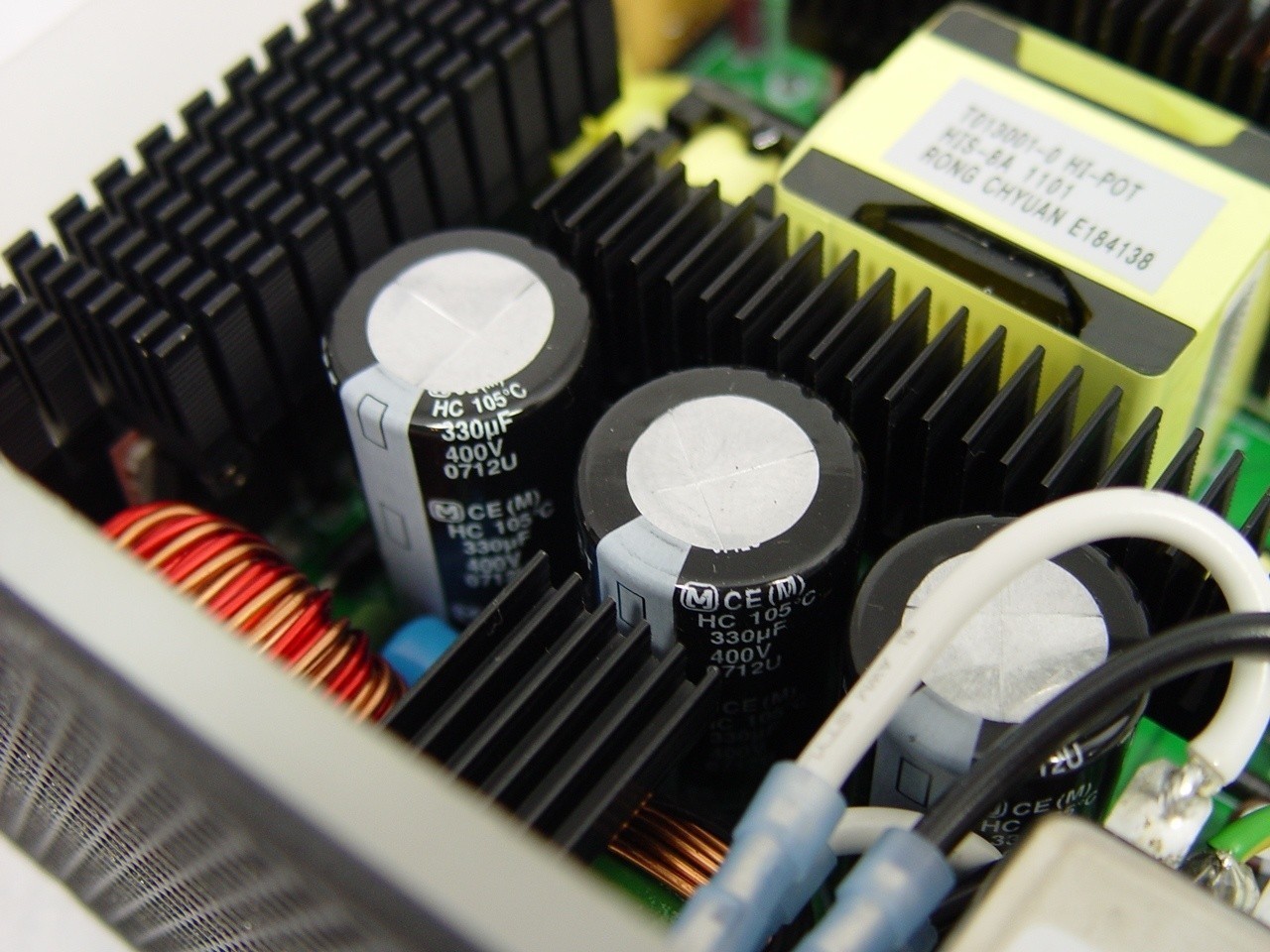 Something we don't normally see on the primary side is a tri of capacitors. All three of these are Matsushita (or Panasonic if you prefer) and rated for 105C. 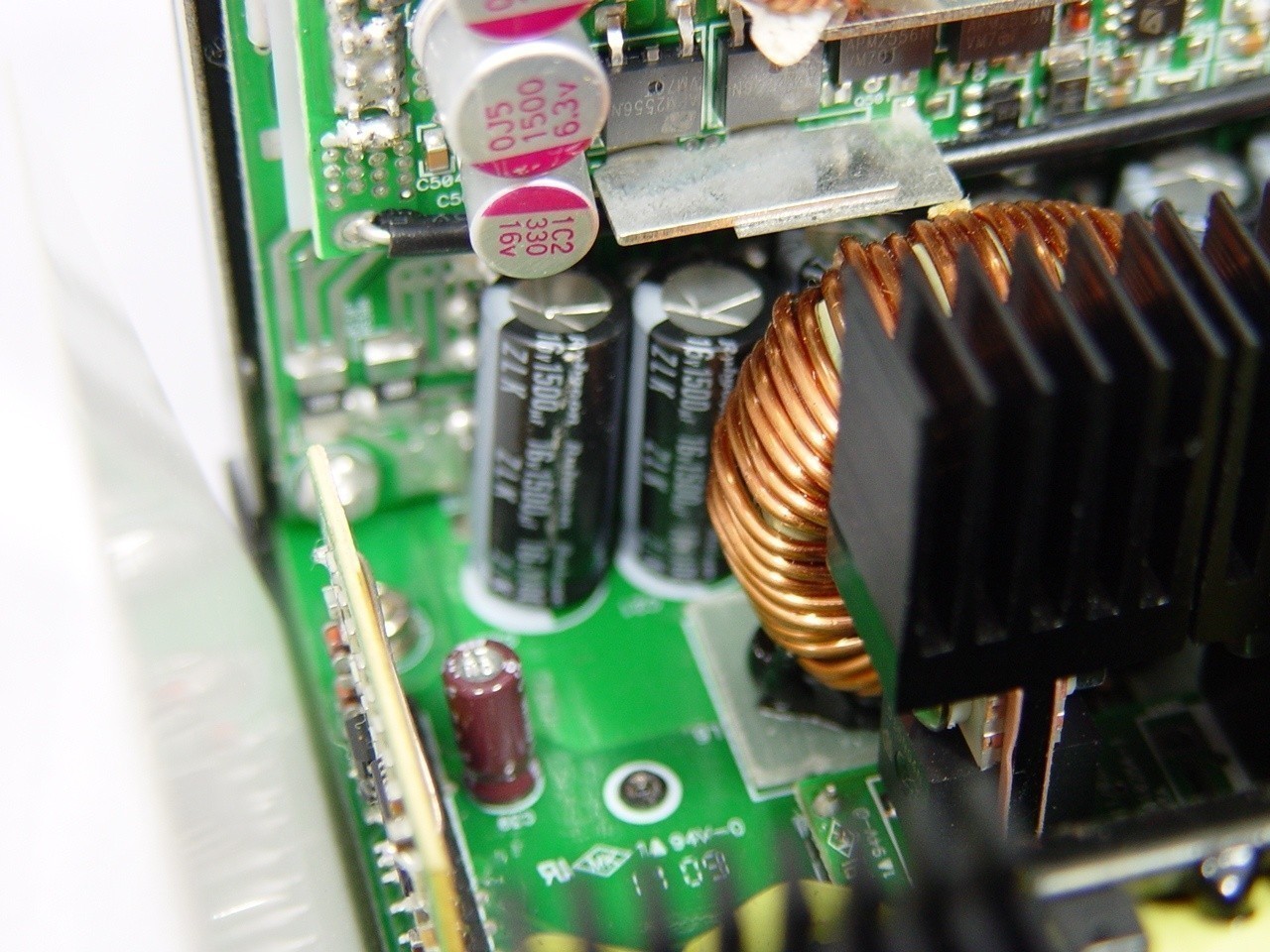 Moving over to the secondary capacitors, we find a mix of Rubycon and Nippon Chemi-Con. 100% Japanese construction from start to finish. 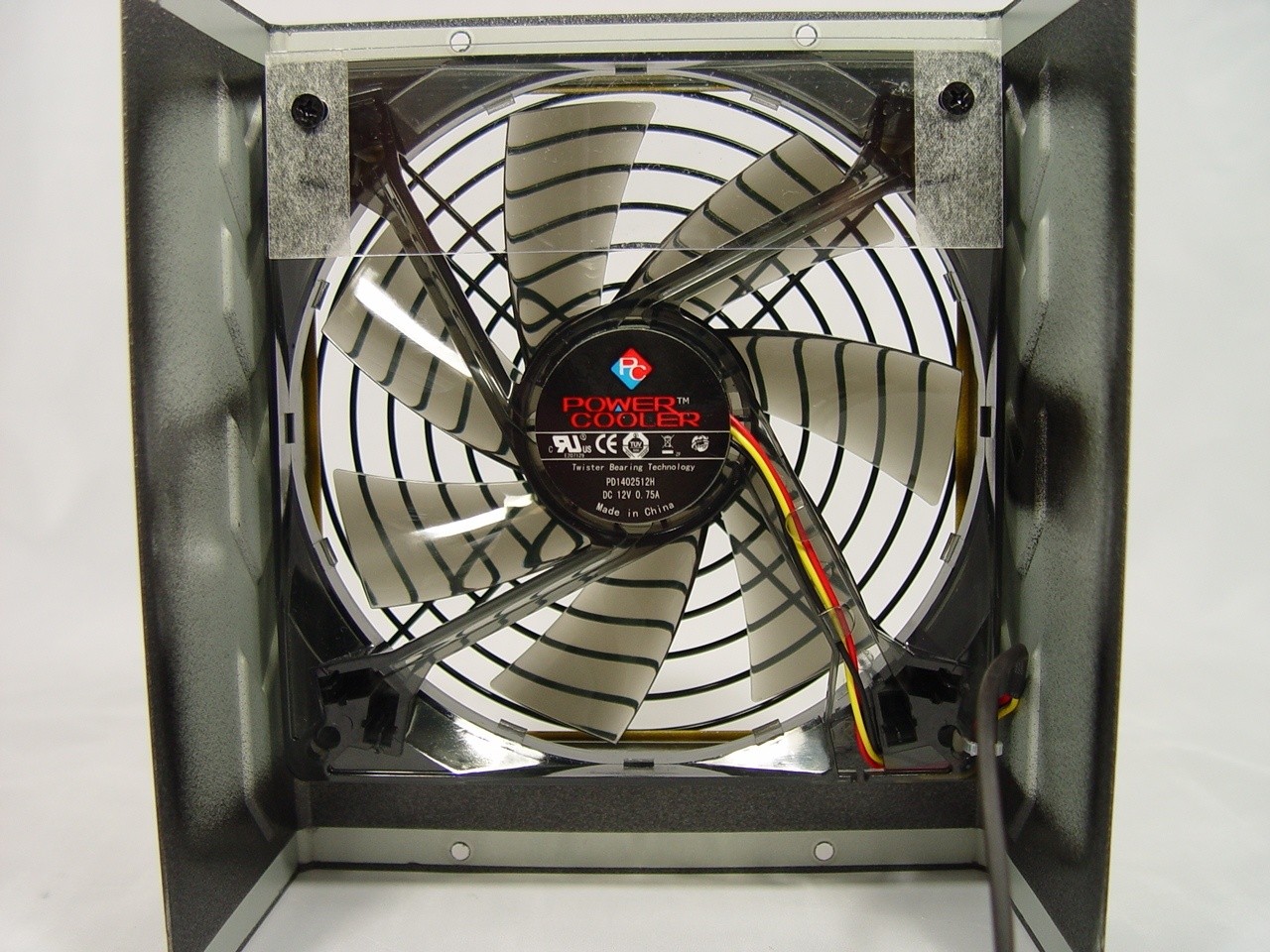 Cooling off the MaxRevo 1350W power supply is the 140mm twister bearing fan. It is manufactured by Power Cooler and the model is PD1402512H.

The tests performed are based around six conceivable setups that are out there and progressively load down the PSU up to the power supply's limits or 1000W, whichever comes first. Since our test equipment's limits lower than that of the MaxRevo 1350W, we can only test it to 1000W.

Voltage regulation fared rather well with the Enermax MaxRevo 1350W power supply. All of the 12V readings were within 2% of specifications. The 5V rail managed to maintain 1% regulation, but the 3.3V rail ran a little bit on the high side. Even so, it was never any worse than within 4% specs and came closer as the loads increased.

DC output quality was good throughout all of our tests. Starting out with Test 1, we saw a 12mV ripple on the scope. At about 50% load we were sitting at 21mV of noise on the 12V rail. Increasing the load to the maximum of our test equipment showed a 27mV peak to peak ripple. While this isn't the most spectacular DC output quality that we've seen, it is still impressive considering the heavy load placed on the power supply and that it still has plenty more power to provide if asked of it.

After reading the 1% to Platinum and up to 94% efficiency claim on the box, we had hoped that the MaxRevo 1350W power supply would have boasted a little bit higher efficiency numbers than it did. Even so, the unit still deserves the 80Plus Gold certification it bears. This alone is impressive considering the total output of the power supply.

Enermax has proven itself once again as a trusted name amongst enthusiasts. As one of the highest output power supplies that we have tested to date, the Enermax MaxRevo 1350W does quite well across the board. When you take into consideration the massive loads that this unit is capable of supporting, you realize that you are going to give a little to take a lot.

The MaxRevo 1350W unit that we reviewed sacrificed a little bit of voltage regulation, but gained so much from doing so. Efficiency was phenomenal for such a high output unit and perhaps the best we've seen to date out of 1kW+ power supplies. DC output quality was also great when you look at how much power you are getting out of the unit. Topping everything off is the excellent build quality the unit shows inside and out.

Those looking for more than 1200W of power will be extremely pleased with what the Enermax MaxRevo 1350W power supply has to offer, especially since it is priced right with several 1200W units. 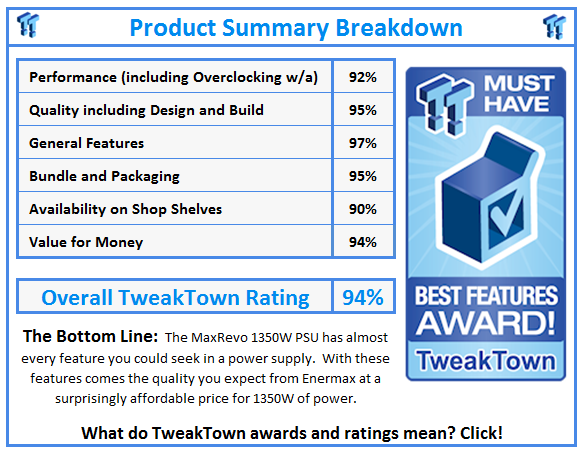