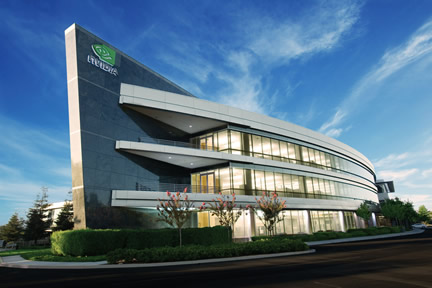 After a nightmare product in the nForce 680i, Jen-Hsun Huang (CEO and co-founder of NVIDIA) contacted motherboard manufacturers recently and straight out asked if they thought NVIDIA should continue producing chipsets. Our sources told us that no motherboard company responded positively and seemed not phased one bit to be dropping NVIDIA based products from their motherboard lineups.

nForce 680i was plagued by a range of problems such as hard drive corruption and inability to fully and / or properly support 1333MHz FSB processors on some motherboards - even after bucket full's of BIOS updates and tweaks, it wasn't perfect. One Taiwanese motherboard company who shall remain unnamed also went to such extends to say that NVIDIA can be "a childish company" to work at times with lack of proper support for fixing board issues. Could have it been that NVIDIA were focusing too heavily on their own made motherboards and forgetting about the big boys who help move much of their silicon? Some also noted that NVIDIA chips ran too hot and were too expensive. 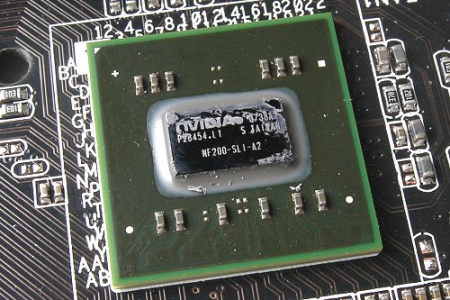 That final point brings us to discussing SLI - back about a month ago news started exiting the flood gates stating that Intel's forthcoming Nehalem supporting X58 chipset would include SLI dual graphics GPU support. We heard over the past few days that this isn't the case, at least not exactly what the news claimed last month. X58 will only get SLI support if motherboard partners decide to include an NVIDIA nForce 200 SLI chipset on their boards. ATI Crossfire is preferred as it doesn't require an external chip and of course helps keep costs down and ATI's latest range of Radeon HD 4000 series graphics cards offer rather good bang for buck. At least one motherboard company we spoke to said that they won't be producing an X58 SLI board at this stage due to this certain company having a bad taste left in their mouth by poor products and support from NVIDIA. The other reason for the unwillingness to include an NF200 chipset is for the fact that obviously adds extra cost on to the board, takes up valuable board real estate and it runs rather hot. All these facts add up to not such great news for NVIDIA.

What does all this mean for SLI technology? Without NVIDIA producing its own chipsets and boards naturally with SLI support, it surely will reduce the amount of sales of NVIDIA GeForce GPUs. Do you really see AMD pushing SLI on its boards? Unlikely as it wants to sell as many Radeon cards as possible, not GeForce cards. VIA would be willing but it's not like gamers are going to be crying out for a VIA platform for high-end gaming - performance per watt (VIA Nano), for sure but not when it has anything to do with high-end gaming.

From what we observed and heard over the past few days, we think NVIDIA is quitting its chipset business due to production issues as well as several burnt bridges with motherboard companies and the desire to speed up its General-Purpose Computation Using Graphics Hardware technology and take on Intel head on in the CPU market. We are pretty sure that SLI will live on one way or another but this is pretty major stuff for NVIDIA and it will be interesting to see what type of affect it has on its bottom line later on.