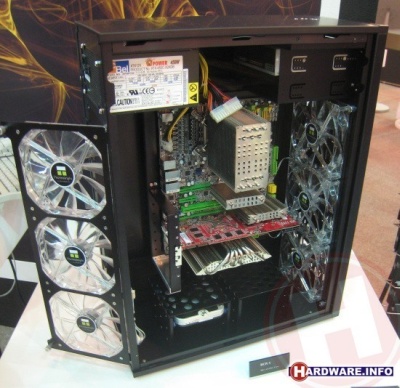 Using a unique internal design, the case is able to have three 140mm fans mounted above one another at both the front and rear for some mega serious airflow over all components inside.

Unfortunately the Box-1 is still at prototype status for now, so we've no idea on availability. Hopefully Thermalright see fit that a case like this would attract many enthusiasts and overclockers where good airflow comes first; enough to put production into full swing with a final revision model.
Newsletter Subscription