NVIDIA is supercharging GeForce Now with the raw power of GeForce RTX 4080 cards in a new Ultimate subscription tier for $19.99/month. 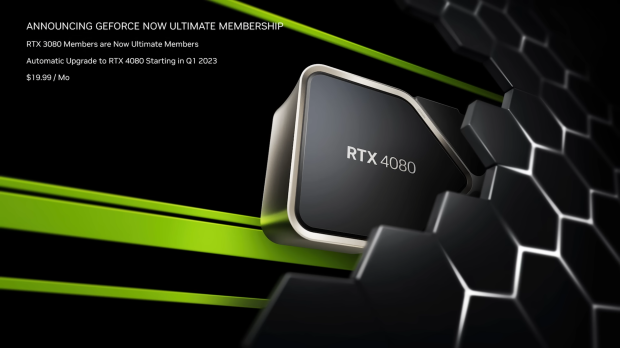 With the might of GeForce RTX 4080 cards, the new GeForce Now Ultimate subscription boasts 4K resolution and up to 240FPS using DLSS 3.0, complete with NVIDIA Reflex integration to significantly reduce latency below 40ms, which is extremely important for any remote game streaming service. 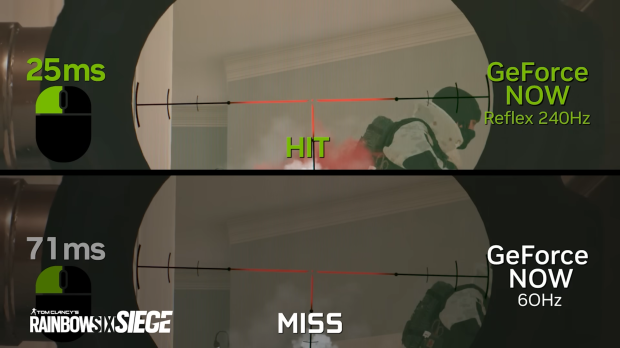 NVIDIA says this lower latency is a "first for cloud gaming," and Reflex was able to reduce in-game latency in Rainbow Six Siege up 67% when streaming from GeForce Now servers.

"I'm excited to announce that the Ada Lovelace architecture is coming to GeForce Now. The new RTX 4080 Superpods will deliver up to 64 Teraflops of graphics goodness to each gamer. That is 5x the performance of an Xbox Series X, and will include full Raytracing and DLSS 3," NVIDIA senior VP Sam Fisher said during the presentation.

"For competitive gamers, we're also bringing NVIDIA Reflex to GFN. The RTX 4080 Superpods can render and stream at 240 frames-per-second, when combined with our Reflex technology, it achieves click-to-pixel latency below 40 milliseconds--a first in cloud gaming." 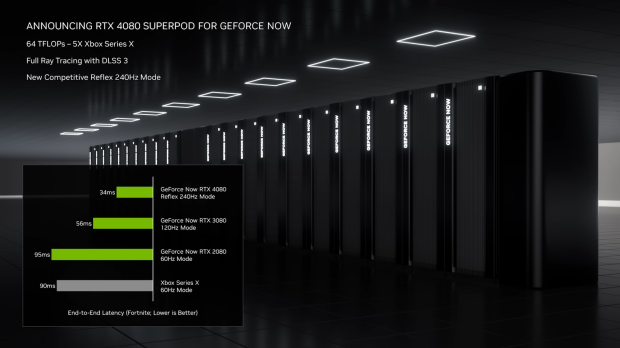