The Uncharted series could make a come back on PlayStation 5 with new titles, sources have told The Leak. 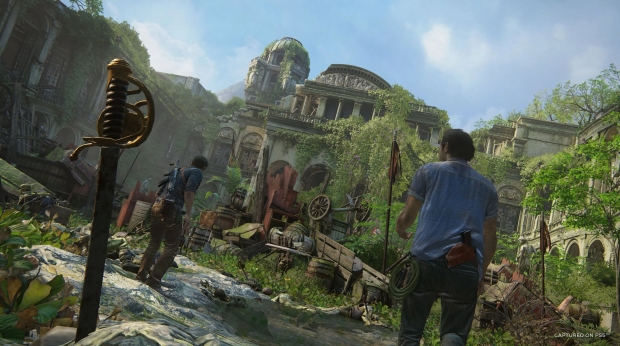 Following the success of a the major motion picture adaptation starring Tom Holland, Sony is reportedly planning to reboot the Uncharted series with new game releases. Two sources tell gaming website The Leak that the Uncharted franchise is getting rebooted but Naughty Dog won't be developing the project.

It's possible Uncharted will be rebooted and/or adapted by way of PlayStation's new live service game focus with a heavier emphasis on multiplayer action, or that the new Uncharted titles could have some form of online co-op play mixed with singleplayer action adventure questing.

Naughty Dog finished the series with Uncharted 4 while announcing the studio would be moving on from the series in 2015. Sony has re-released the Uncharted Legacy Collection on PlayStation 5 as a way of flexing the console's new power, establishing new development techniques, and selling an older game at a new mainline $69.99 price tag with extra features befit of the PS5 system.

The Uncharted series also made its debut on PC for the first time ever as Sony expands past the PlayStation platform.

Naughty Dog is currently working on a number of projects, some of which like the new Last of Us live service game, have been confirmed. Others are rumored and speculation including The Last of Us Part 3, which co-president Neil Druckmann has commented on, and possibly a new IP.

Back in February, Neil Druckmann indicated that Naughty Dog could be working on as many as three new projects.