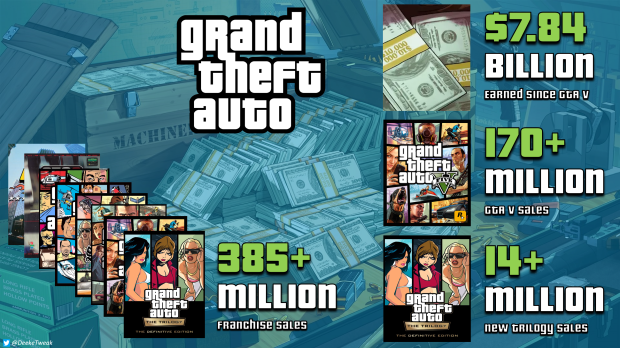 According to the latest figures from Take-Two's Q2 report, Rockstar Games may have seen a sales surge in its new GTA remaster collection. A particular slide from the investor's presentation shows some interesting numbers. Total GTA franchise sales reached 385 million units, whereas GTA V sales have stalled and failed to break 170 million copies sold. Based on sales trends, this could indicate that the GTA remaster trilogy picked up the slack. 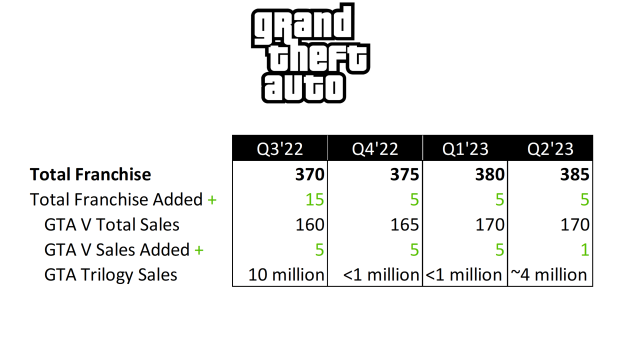 Our findings indicate that the Grand Theft Auto: The Trilogy - The Definitive Edition games may have sold as many as 4 million copies from June - September. If accurate, this would bring the trilogy remaster sales above 14 million.

However it remains unclear exactly what particular games (or how many of them) were sold. For example, the figure could include legacy sales of Grand Theft Auto IV on old-gen consoles and/or PC.

However given these games' age, it is more likely the GTA trilogy remaster bundle is making the bulk of sales. 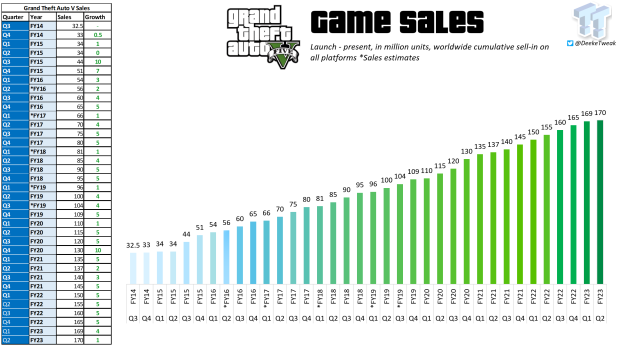 After 9 years of consistent and strong shipments and sales, it appears that GTA V is starting to slow down. The game failed to sell more than 1 million copies this quarter, which is right after the game sold 5 million units per quarter consecutively for 5 quarters in a row.

This could just be an anomaly, though it is expected that GTA V will reach market saturation levels despite having more recently released on PlayStation 5 and Xbox Series X/S consoles.