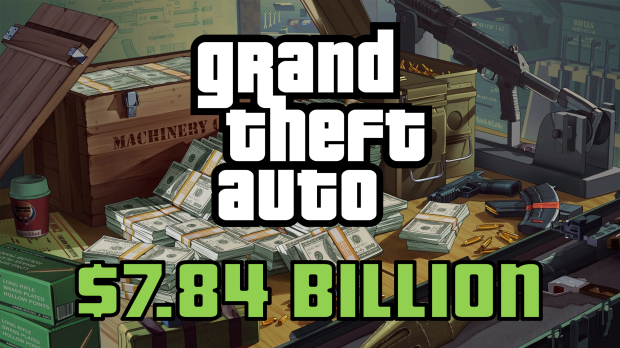 Every quarter, Take-Two Interactive publishes SEC filings that outline the company's quarterly performance, including revenues, profit, cash flow, debt, risk factors, etc. Hidden in the filings is mention of how much net revenue that Grand Theft Auto products generate for that particular quarter. We've cataloged and charted these numbers to get a better picture of how the franchise is performing.

Based on data published by Take-Two and collected by us, the Grand Theft Auto franchise has made $7.84 billion cumulatively since Grand Theft Auto V's release in September 2013. The franchise made $152 million in Q2'23, aligning with early coronavirus earnings. While this is not the lowest quarter for GTA revenues, it is the lowest period the past 13 quarters (or 52 months). 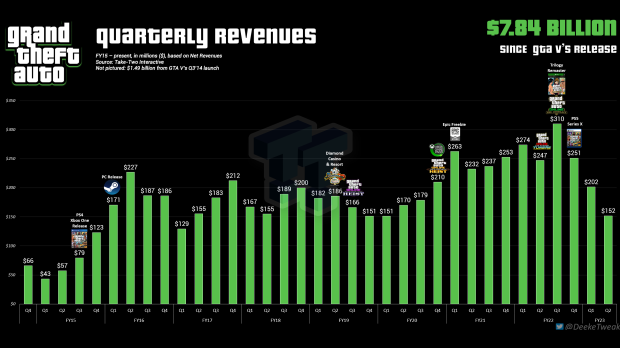 The $152 million figure aligns with lower GTA V shipments for the Q2, which were up to 1 million in quarter, and Take-Two Interactive notes that there was a decrease in Grand Theft Auto franchise Net Bookings.

Remember that this is a percentage of net revenues, not overall net bookings. There's a portion of GTA Online revenues that are deferred over time--in short, this is not the full picture of GTA earnings for 2013 - 2022, but the figures give us a very good idea of where the franchise is currently at.