NVIDIA has reportedly shipped over 100,000 of its AD102 GPUs that power its monster new flagship GeForce RTX 4090 graphics card.

The source of this information is coming directly from our friends over at Wccftech, who reported that they have received the figure of the total number of AD102 GPUs shipped: 100,000 so far. Wccftech along with more confirmation from "Chi11eddog" have a considerable amount of that beautiful 4N process node at TSMC for NVIDIA's new AD102 GPU. 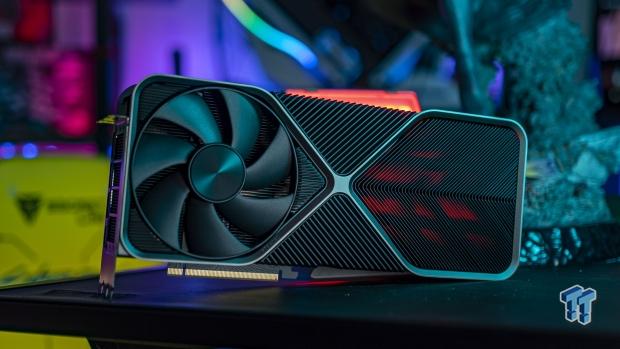 As for the NVIDIA GeForce RTX 4090 graphics card itself, it's an absolute silicon powerhouse... 16384 CUDA cores, and 24GB of GDDR6X memory planted on a 384-bit memory bus that spits out over 1TB/sec of memory bandwidth. There are some rather gigantic performance gains over the GeForce RTX 3090 and GeForce RTX 3090 Ti graphics cards, and that's without factoring in ray tracing... and more so: DLSS 3 upscaling magic.