The fallout from Elon Musk's successful $44 billion acquisition of Twitter had an immediate impact while the world watches curiously. It looks like General Motors, an automotive rival of Tesla, has decided to pause advertising on the Twitter platform since Musk took over Thursday night.

Well, Elon Musk is in charge of Twitter, and it's sending ripple effects that will only likely expand(Image courtesy of: AP)

Here is what GM had to say in an emailed statement to the media: "We are engaging with Twitter to understand the direction of the platform under their new ownership. As is normal course of business with a significant change in a media platform, we have temporarily paused our paid advertising. Our customer care interactions on Twitter will continue."

It's likely other advertisers will also jump ship, though Musk is working to reassure advertisers. The social media site relies on advertising, which accounted for 92% of Twitter's revenue during Q2 2022.

Meanwhile, Ford said it wasn't advertising on Twitter anyway, but will "evaluate the direction" of Twitter with Musk at the helm. Ford did use the promoted tweet feature to promote CEO Jim Farley - but it's unknown when they last regularly advertised on Twitter. It's likely all other automakers will reconsider their advertising campaigns, reluctant to turn over money to Musk.

If nothing else, it should be a sight to behold as we see changes made on Twitter - at the start of the week, Parag Agrawal was CEO, Ned Segal was CFO, and Vijaya Gadde was chief legal officer. Although they were given their walking papers, Musk will collectively give the trio $187 million.

As Musk reshuffles his company, no one is really sure what to expect long-term for the social media platform. He will likely search for ways to increase revenue and subscriber count - and that may include trying to convert Twitter into a so-called "super-app." Members could one day use the app to order ride share, pay bills, purchase food and groceries, or conduct currently unavailable transactions on Twitter. 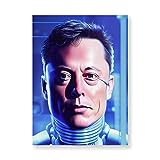