Fallout is known for its off-the-wall and wacky characters, irreverent storylines, and overall tongue-in-cheek tone that somehow co-exists with a grim world of ghouls and cat-eating hermits. Even back in the early cRPG days Fallout was goofy and outrageously bloody while also capturing that early 90s era mystique of PC gaming.

Bethesda wouldn't have it any other way. The developers love the Fallout world, with Todd Howard even claiming that Fallout is the most fun series to create games around.

"It is by far the most fun world to work in when you're creating a game," Howard said in a recent retrospective video.

"Whatever batshit crazy idea you have, there's usually some way to get it into a Fallout game"

"Fallout can go between drama and B-movie humor and then dark, post-apocalyptic themes and weave that in and out in a way that's very unique." 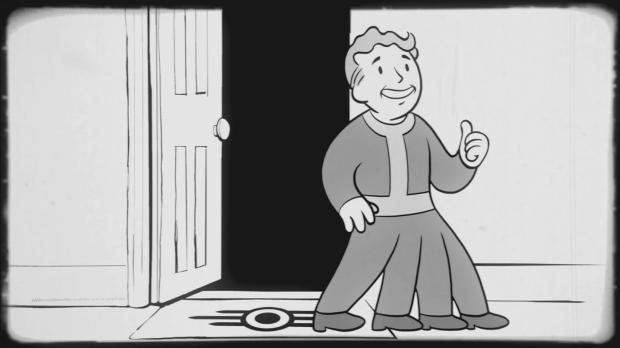 Howard definitely has a point. While playing Fallout 4, you're just as apt to find some humorous reference or Easter egg as you are to find a skeleton or a horrible irradiated monstrosity. There's a distinct comedic element to Fallout in its satirical representation of the 1950s atomic age that is blended with a warning message that, yes, nuclear war could happen, and this is what the results may be.

We can only guess how Bethesda will continue the magic of Fallout with the next game. Howard has recently confirmed that Fallout 5 is next after The Elder Scrolls VI, however Obsidian wants the chance to make another Fallout game...