Obsidian Entertainment wants to return to the post-apocalyptic world of Fallout. Will Bethesda let them? 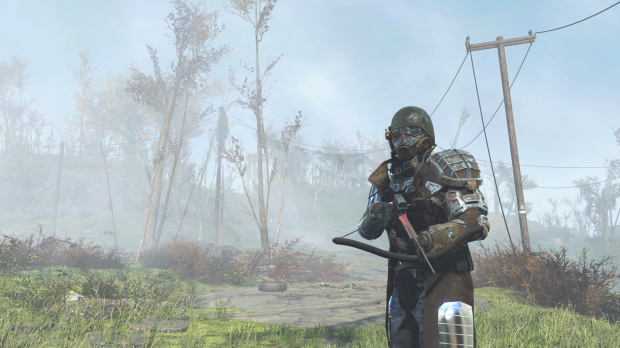 The devs behind Fallout New Vegas, one of the most acclaimed games in the franchise, wants to make another Fallout project. There's just two things getting in the way: Time and getting Bethesda to agree.

In a recent interview with DuelShockers, Obsidian studio head Feargus Urquhart said that he would instantly agree to make a new Fallout game. "Of course, if we ever got the opportunity to make another Fallout game, we'd make it. There's not even a question of whether or not we would do it, it's just...will the opportunity arise?"

Urquhart says that he actually spent more time at Interplay just to work on the series.

"I hung around at Interplay for probably an extra year because I wanted to work on Fallout more. I love Fallout."

Obsidian's pretty busy, though. The studio just shipped Grounded, their Honey I Shrunk the Kids-style multiplayer shooter/RPG, and are working The Outer Worlds 2, their new fantasy game Avowed, and are about to ship Pentiment, the latest artistry game from New Vegas director Josh Sawyer.

Interestingly enough, sources told TweakTown back in 2017 that The Outer Worlds started out as Obsidian's own unique answer to Fallout.

Bethesda has confirmed they have ideas for Fallout 5 and that will be the next game they make after The Elder Scrolls VI, which is still a long ways away.

Then there's reports from Jeff Grubb that Microsoft has a "lot of interest" in making New Vegas 2 happen.

"This is very early, but people have begun to have talks and say the words 'Obsidian' and 'New Vegas 2' in sentences," Grubb said in a February 2022 episode of GrubbSnax

"A lot of people at Microsoft think that this could work and there's a lot of interest to make it happen."

There were older reports of bad blood between Obsidian and Bethesda, though that was before both studios were acquired by Microsoft.

Earlier reports indicated that Obsidian did not get a payment bonus because New Vegas missed its Metacritic target by a single point, and that Bethesda had been somewhat jealous of New Vegas' high acclaim (although that last part was never proven).