The new GeForce RTX 3060 has 8GB of GDDR6 clocked at 15Gbps but it's on a smaller 128-bit memory bus with up to 240GB/sec of memory bandwidth. Manli makes a GeForce RTX 3060 LHR (Lite Hash Rate) graphics card with 12GB of GDDR6, with this card being identical to the card except for the less VRAM, and slower memory bus. 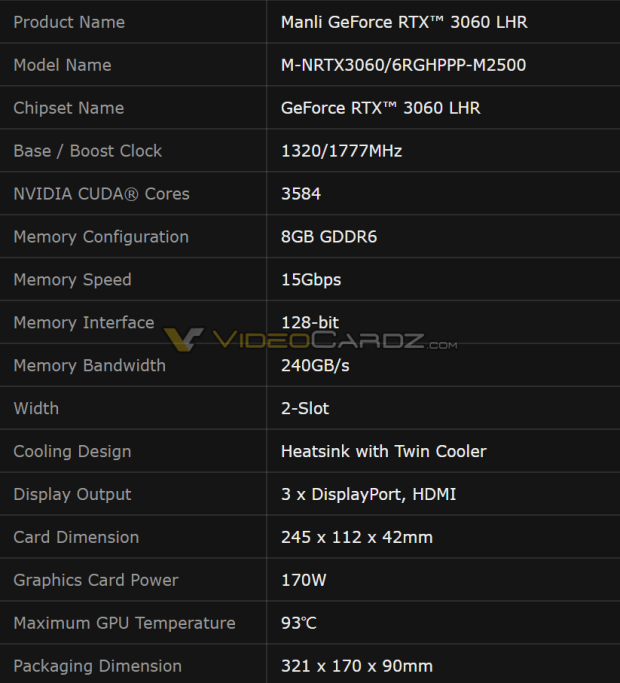 The higher-end GeForce RTX 3060 with 12GB GDDR6 memory is on a wider 192-bit memory bus, with far higher memory bandwidth of up to 360GB/sec, so the cull down to 8GB GDDR6 + 240GB/sec memory bandwidth is significant.

We should see more AIB partners rolling out new GeForce RTX 3060 8GB graphics cards in the coming weeks, where we'll take a look at them if the samples are sent our way. Not long now, I guess!