Raijintek is about to unleash a new aftermarket cooler for AMD's entire stack of Radeon RX 6000 series "RDNA 2" GPUs as well as NVIDIA's GeForce RTX 30 "Ampere" and even the new GeForce RTX 40 "Ada Lovelace" series GPUs.

Introducing the Raijintek Morpheus 8069 VGA cooler, which has been leaked in product renders before its unveiling and launch on November 1. It's quite a beast, with an absolutely gigantic heat sink and 12 x 6mm heat pipes running through it. The coldplate will sit on top of the GPU and memory, but it won't cover the VRMs. 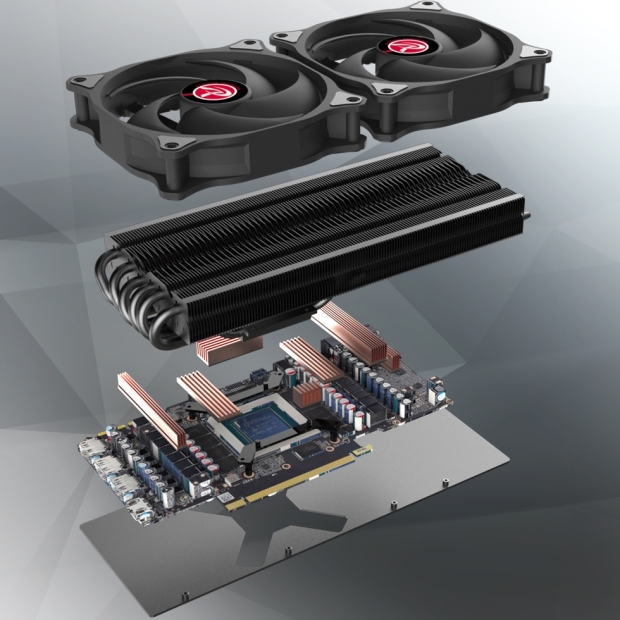 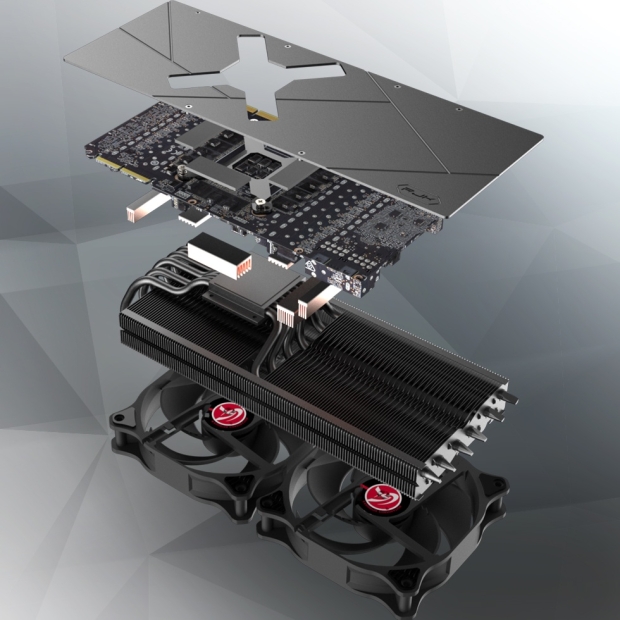 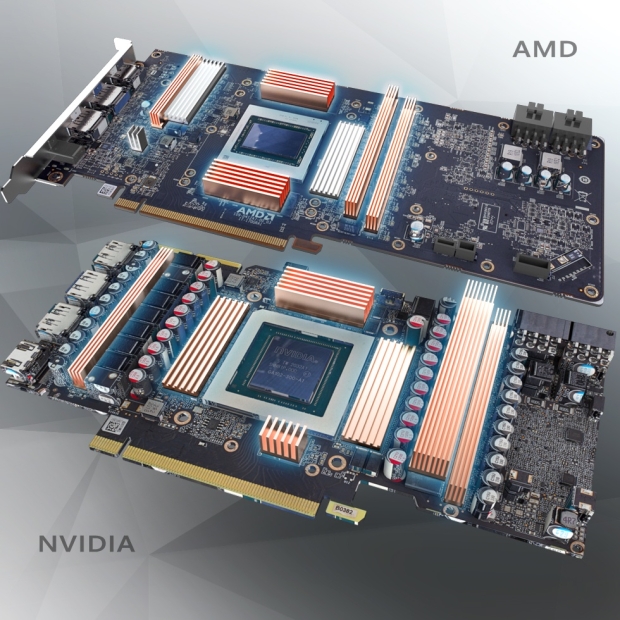 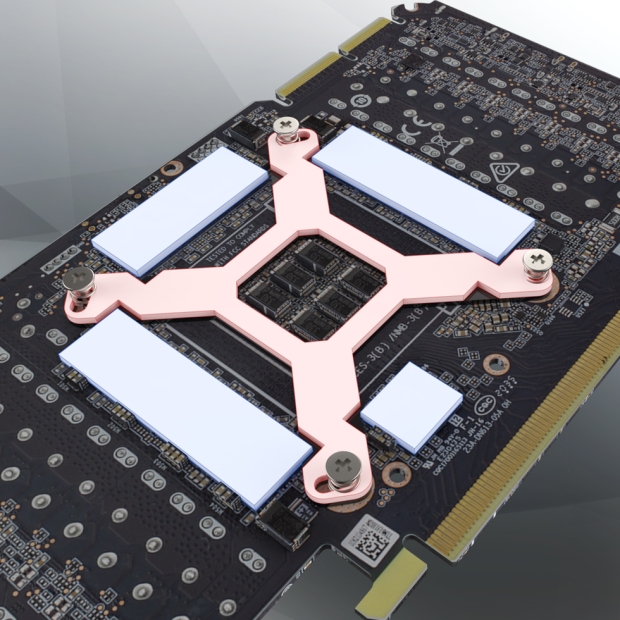 You could probably get away with passively cooling some graphics cards, but Raijintek recommends at least 2 x 120mm fans to cool your GPU. Raijintek is also providing thermal resistance for two of their fan series, but we're sure that the fans and the backplate (for either AMD or NVIDIA) will end up being sold to consumers separately. 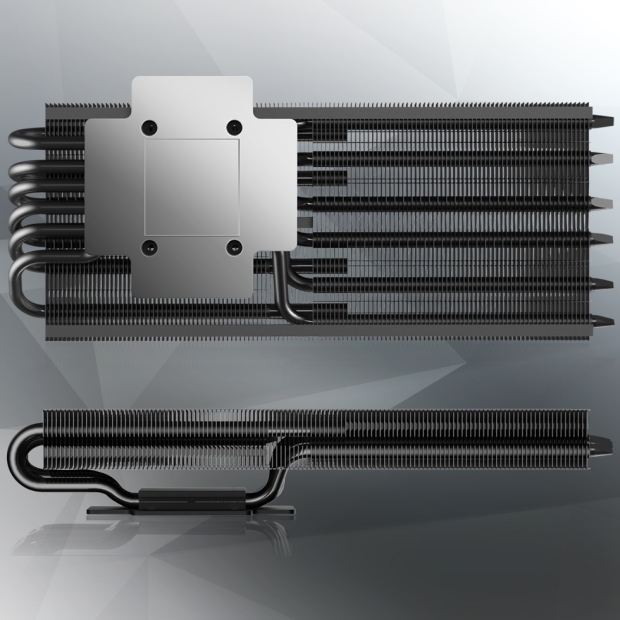 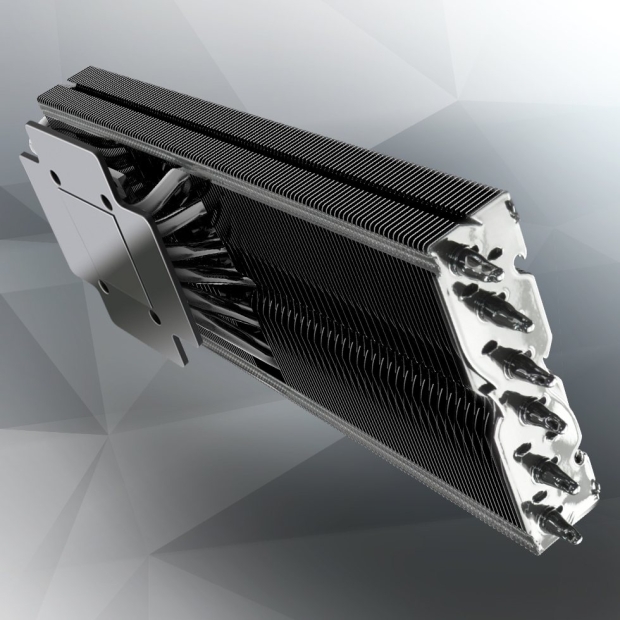 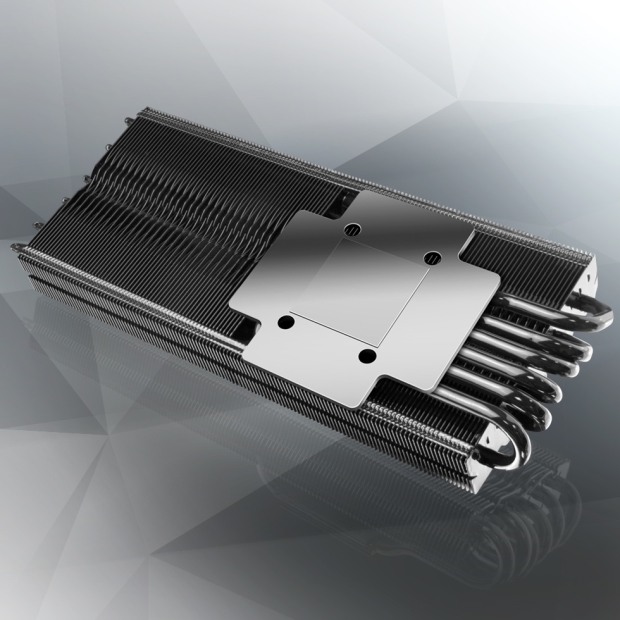 Raijintek teases that its upcoming Morpheus 8069 is a completely black-coated heat sink, and is a "superior high-end VGA cooler" that's designed to cool up to 360W of TDP.'' Keep in mind, NVIDIA's new GeForce RTX 4090 has a 450W TDP (and above) but with fans attached, the new Raijintek Morpheus 8069 VGA cooler can handle the AD102 GPU beast. 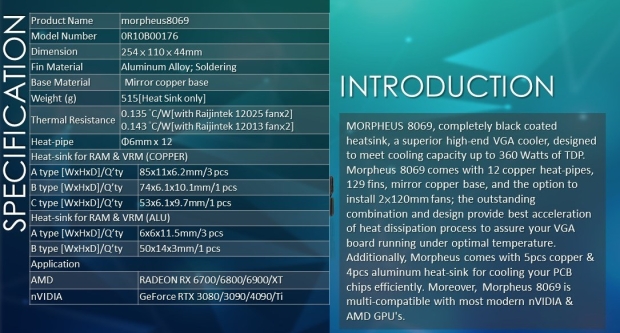 This means the Raijintek Morpheus 8069 VGA cooler should be able to tame the RDNA 3 GPU beast.,